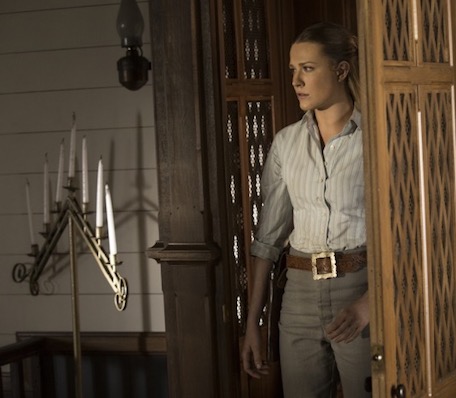 Back in October, when I started writing episode reviews of HBO’s Westworld, I warned readers that it was an experiment. Even then it was an experiment I intended to succeed rather than failed. Perhaps calling it a failure is saying too much, because I had fun writing the reviews and I learned a lot. Feedback from readers told me that they were read and appreciated. But I must point out that I never wrote reviews for the final two episodes. They aired in late November and early December, and that was a busy and chaotic period in my life. By the time things slowed down and I could focus on returning to my normal routine, Westworld no longer felt relevant. It felt more important to write about other material, to begin new projects, than to return to that one. But I always meant to review the final two episodes of season one, and the longer I waited, the worst I feel about not writing those reviews.

Westworld, episode 9, “The Well-Tempered Clavier,” left me feeling unbalanced. Throughout this series, I explored the theory that all characters suffered an existential crisis. They doubt themselves, the world they are in, and the very foundation of reality. Though that’s still an important theme to explore in Westworld, after watching “The Well-Tempered Clavier,” I realized something else was happening, but I couldn’t discern what it was. The biggest clue was Dolores’ wardrobe changes. In some scenes, she wore pants and shirt, and in others, a blue dress. Since these scenes follow one after the other, there would’ve been no time or reason for her to change. So either the continuity staff made a massive mistake or something quirky was happening in the story. I ruled out the first and focused on the latter. I realized this dealt with whatever malfunction she was suffering, that it was causing her to perceive different outfits on her at different times. But why? Does it have anything to do with her existential crisis? And what does it mean for the other characters?

At the end of episode 8, a band of Wyatt’s men, led by a blond woman, captured Teddy Flood and the Man in Black. At the beginning of episode 9, they were still in captivity. The blond woman—I didn’t catch her name—asked Teddy what he remembered about Wyatt. Teddy repeated what he had always said about Wyatt, that he went into the wilderness and came back with some “strange ideas.” He remembered the massacre where he helped Wyatt murder their fellow soldiers. But the blond woman asked him, “Are you sure that was how it was?” Then he remembered a more disturbing version of the massacre. When the Man in Black asked her about the maze, she answered, “The maze isn’t for you.”

The Man in Black isn’t the type to be denied. From the woman’s conversation with Teddy, he realized where he had to go to find the maze. After escaping a trap in the morning, he headed off to the town buried in sand. 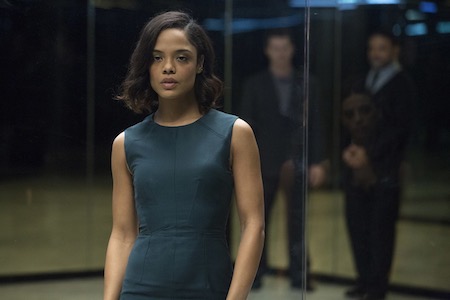 More than any other host, Maeve was working her way through her existential crisis. She was taking control of her existence. But her effort to escape in episode 8 ended when the other hosts blocked her path. That forced the administration to bring her in for diagnosis, where we found her in episode 9. Bernard sat down with her to work through the problem. When Maeve realized she was talking to a host who didn’t know he was a host, she took control of him and manipulated him into returning her to the park. There she found Hector, the outlaw, and forged an alliance with him.

Realizing he’s a host, Bernard confronted Dr. Ford to learn his full history. He came for the full truth, and to insure he received it, he armed Clementine with a gun. In the last episode, she had been decommissioned and mothballed, but they never restored her prime directives, the programming that prevented her from hurting real humans. Seems a stupid oversight to me. I mean, there should be an OSHA regulation, right! Since she could kill Dr. Ford, he obeyed Bernard’s orders and showed him his complete history. Disturbing this was. And it lead to the episode’s biggest reveal.

At the beginning of “The Well-Tempered Clavier,” Logan and his Confederados held William and Dolores prisoner. When Logan realized that William had a thing for Dolores, he knew he had to break his friend and future brother-in-law out of his delusion. He cut Dolores opened to show the machine inside. Wounded, Dolores escaped. William played along with Logan, making him believe that the demonstration had succeeded. But something turned in William. He finally realized how to play the game.

After her escape, Dolores ran into the woods, where she collapsed from her wound. But a voice—we had heard it before—said, “Remember.” When she stood up, she was no longer wounded. This made it clear that she was reliving a memory, but which was the memory and which was the current event? She returned to the town of the massacre and entered the church. In its basement, she found a work station for the administration to consult with the hosts. She met with Arnold. Finally, we met him face-to-face, but this was also just in her mind, because Arnold was dead. When she headed back upstarts to the church, she encountered the Man in Black.

I anticipated this. I knew since the early seasons that it would have to end with a showdown between Dolores and the Man in Black. But what that showdown will entail would have to wait for the next episode, because the show left Dolores at this cliffhanger. In fact, as you would expect for the penultimate episode of the season, it left most storylines in cliffhanger. Those cliffhangers, as well as realizing there’s a level of the story that I didn’t quite understand, contributed to that unbalanced feeling I described earlier. It left me puzzled and full of of questions. I liked this episode, but I felt overdue for some real answers. 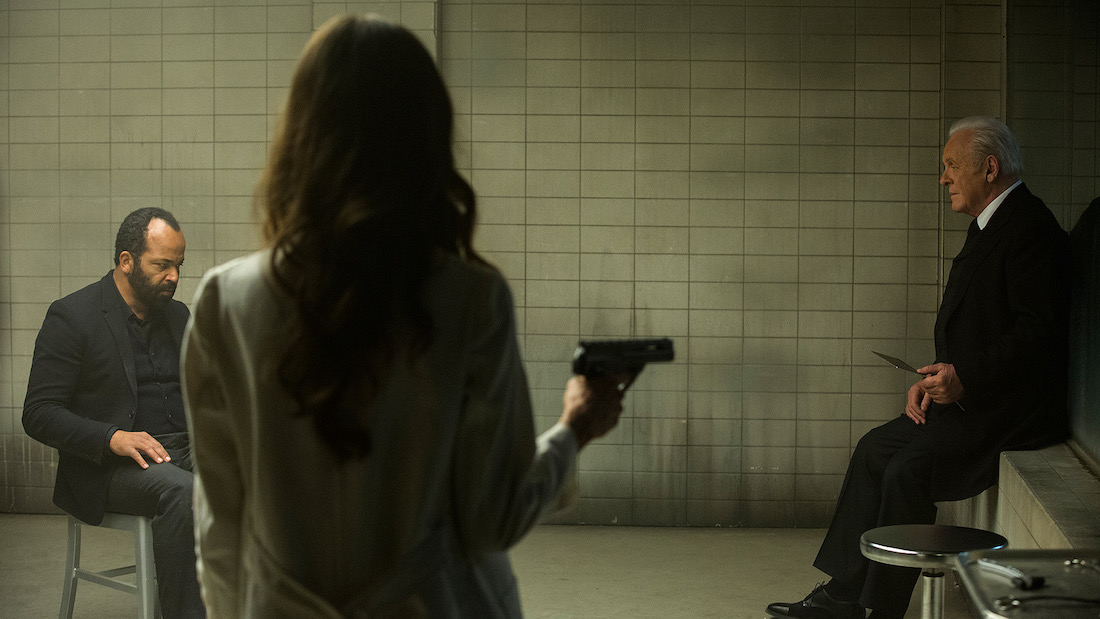