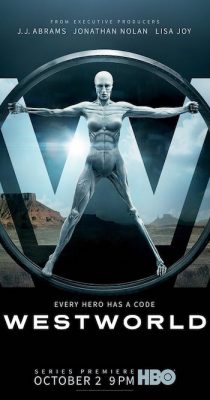 I don’t remember much about the 1973 Michael Crichton movie Westworld. Though I remember seeing it and liking it, I also know that it was never a movie I felt a need to see a second time. But when I saw that HBO was rebooting the idea as a series, I found myself excited. From Sopranos to Rome to Game of Thrones to True Dectective, I have learned to trust HBO for television series. And the teasers I saw for Westworld looked enticing. They looked violent and sexy, intellectual and fun. In short, it looked entertaining.

I have to see this, I told myself. But will I like it?

The short answer is yes. After watching the first episode, “The Original,” I feel confident that Westworld will be everything I want it to be. Entertainment has layers, from the simple mindless joy to the complex exploration of themes, and the best entertainment take advantage of those layers. Westworld strikes me as a show that can be enjoy just because it’s a fun watch, or it can be enjoyed because intriguing characters face complexed problems, or it can be enjoyed because it explores the bigger issues of society, technology, and relationship between them. It can be enjoyed for its photography or for its CGIs, its acting or its writing. Everything that we want to be convincing is convincing.

With the airing of Westworld, I’m doing something new. In the past, I approached television series in retrospect. (I’m still working on season 1 of Games of Thrones, for example.) But with Westworld, I decided to review each episode as its airs. I wanted to write my reviews as the story evolves, when I don’t know what happens next. In this way, I hope to write deeper reviews as the series progresses over the ten episodes of the current season. Will these reviews be more organic? Maybe, because I expect them to evolve as my knowledge of the show evolves. It’s an experiment, I admit, and not every experiment will succeed, but I’m going to give this one my best shot.

Let’s start at the beginning…

The concept for Westworld belongs to Michael Crichton, who wrote and directed the 1973 movie starring Yul Brynner. As a writer, I have mixed feelings about Crichton. I love his ideas, but I often hate his execution of those ideas. After watching the 1993 movie Rising Sun (Sean Connery, Wesley Snipes), I read Crichton’s novel. In truth, it’s the only novel of his I’ve read. I found Rising Sun so racist against the Japanese that I vowed never to read Crichton again. Hard to do since he’s the brain behind such film-worthy stories as The Andromeda Strain, Disclosure, Congo, and—need I say it?—Jurassic Park. Perhaps I shouldn’t judge his novels based on only one, but I’m not the only person who believed Crichton films better than he reads. One of the modern world’s most successful writers, he died in 2008. 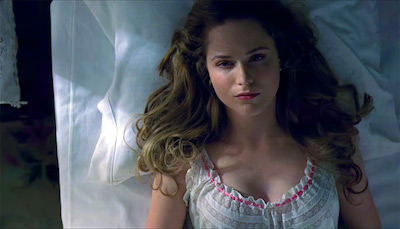 Westworld is a theme park set up as a Western town and populated by androids. These androids, called “hosts,” look human, and they work and live as farmers, shopkeepers, bartenders, prostitutes, and gunslingers. This allows the “guests” to interact with them in an extended role-play game. Who wouldn’t want to play it? Who wouldn’t want to visit Westworld? But after the software engineers, led by Bernard Lowe (Jeffrey Wright), upload an upgrade into the hosts, they noticed some quirky behaviors that caused concern for guest safety.

The series protagonists, as least of the hosts, is Dolores Abernathy (Evan Rachel Wood) a farmer’s daughter who enjoys painting and is romantic interested in Teddy Flood (James Marsden). “The Original” begins and ends with Dolores. And using a cleaver bit of visual storytelling—of which I won’t say more—we know that something about her changed during the episode. What? Well that’s the cliffhanger that will have us watching episode 2.

A nameless guest, the Man in Black (Ed Harris), seems to be the main antagonist. We don’t know much about him, except he has a taste for violence, especially against the hosts, and he has an agenda that is yet unclear. (It’s just the first episode. You can’t expect them to explain everything.) Along with Dolores’ foreshadowed malfunction, the mystery surrounding the Man in Black appears to be the driving forces of the plot. It’s the second reason I’m excited to see episode 2.

I’ll write about other characters as the series progresses, but I wanted to give a nod here to the other cast members. Anthony Hopkins plays Dr. Robert Ford, Westworld’s creative director and Bernard’s boss. The manager or operating director of Westworld is Theresa Cullen (Sidse Babbitt Knudsen). Besides Dolores, other noteworthy hosts include Maeve Millay (Thandie Newton), the madam of the cathouse, and Hector Escaton (Rodrigo Santoro), Westworld’s designated bandit. The series is too new to know how these and other characters will interact and influence the plot.

Since I’m a subscriber to HBO Now, I can watch Westworld whenever I want, once the episode played on HBO. Episode 2, “Chestnut,” will play Sunday, October 9, at 9 p.m. Pacific Time. If you have yet to see episode 1, check it out. It’s a fun show with interesting characters and a dangerous plot. 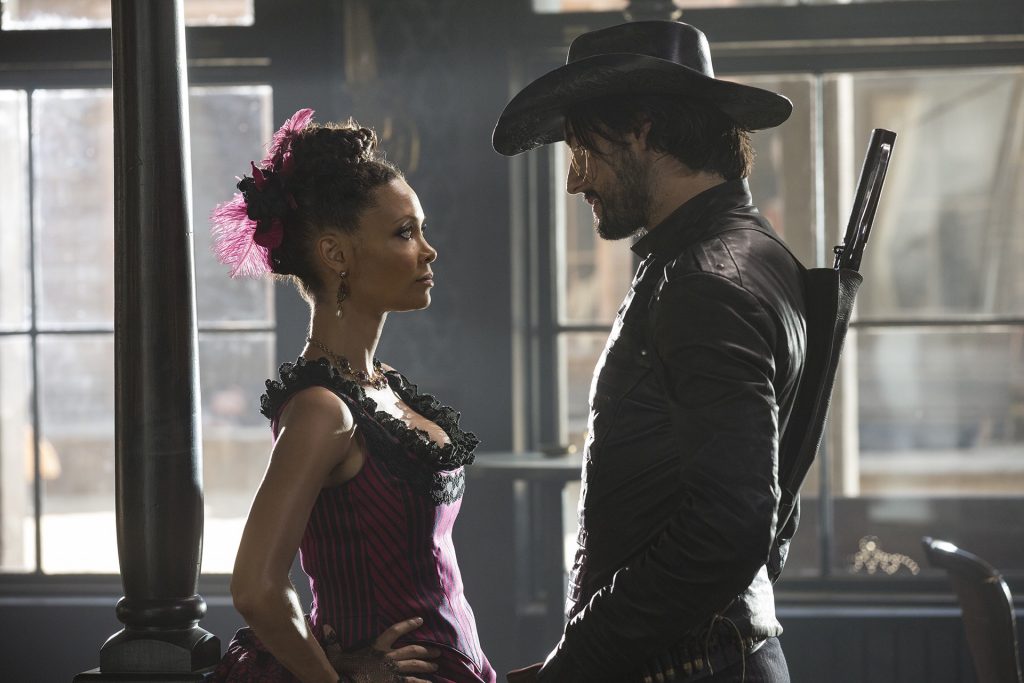