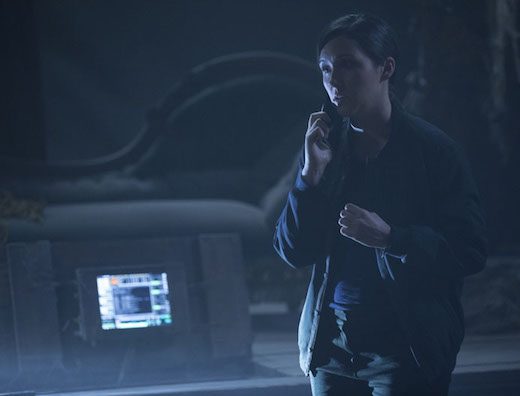 Episode 6 of HBO’s Westworld, “The Adversary,” feels like a line between two dots that need to be connected in order to complete the picture. Following the big revelations and dramatic turning points of “Contrapasso,” episode 5, this episode slowed the pace down. In “Contrapasso,” we left William and Dolores in a cliffhanger, and since “The Adversary” doesn’t feature them at all, they are still in that cliffhanger. Episode 6 focus on Maeve and her revelation and on Bernard and Elsie’s investigation into the strange events that had been happening in the parks and with the hosts.

Lee Sizemore, the writer responsible for creating Westworld’s storylines—it’s “rides”—had been missing from the past few episode. Though never a central character, he was an important character in the first few episodes, and then he disappeared. I wondered what happened to him. But he reappeared in “The Adversary.” Apparently he had been on sick leave since Ford’s rejection of his new storyline. That rejection was a blow to his ego, and Sizemore suffered from a strong ego. Creativity, he tells Theresa, he had grown flaccid, impotent. He spent the sick leave lounging around the pool of a luxury hotel that seems to be part of Westworld offerings. Getting drunk and making passes at female guests—the type of thing that would get any other hospitality employee fired—he mulled his fall from grace, until Theresa reminded him there’s still a job to do. Theresa seemed to be moving towards a showdown with Dr. Ford, and she wanted Sizemore as an ally. But what role will he play?

Because one subplot involves corporate intrigue. Theresa and Dr. Ford are serving cross purposes, but which one is the good guy and which one is the villain is hard for me to guess. Bernard and Elsie, as they investigated the strange behavior on the stray host from “The Stray,” as they followed the clues deeper into the mystery, as they uncovered evidence of espionage, found themselves caught in the middle of this power struggle. Bernard discovered a disconcerting secret Ford was keeping from his colleagues, and Elsie found an equally disconcerting secret about Elsie. She also discovered another secret, another layer to the mystery. What was it? We’ll have to wait to learn, because…cliffhanger!

The Man in Black and Teddy Flood continued their hunt for Wyatt. When they discovered their route to Pariah was blocked by soldiers, they headed into the back country to find another route. Soldiers also guarded this route. Disguised as soldiers, they tried to sneak through the camp, but when another soldier recognized Teddy, they had to resort to violence. I hope someone else is counting bodies, because I’m not. The Man in Black discovered that Teddy isn’t the white-hatted gunslinger he pretended to be. 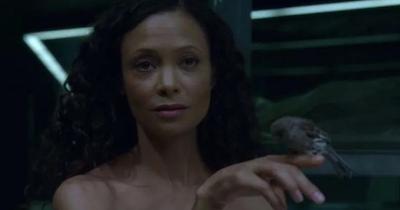 The main plot of “The Adversary” concerns Maeve and her quest of self-discovery. As I had written in an earlier review, all the characters in Westworld suffer an existential crisis. Maeve’s crisis caused her to learn she’s an artificial life. Her arc in this episode took her from denial to acceptance. She learned that her intelligence setting was set to 14, a low number, but the highest any host is allowed. She’s still smart enough to outsmart Felix and Sylvester, two technicians who worked in the bowels of Westworld. She manipulated them into telling her more about her creation, her nature, her programming, and Westworld. Once she accepted this harsh truth, she ordered them to crack her intelligence all the way to the top.

I like Maeve, but I can’t help but think: No good is going to come from this!

Except for Maeve subplot, all plots seemed to be moving towards Wyatt and Arnold. We’ve seen Wyatt in flashbacks, and we’ve witnessed his handiwork in skinned people and maimed soldiers. He’s the most violent outlaw in Westworld, or as the Man in Black says, the first adversary worthy of attention. He’s Teddy Flood’s nemesis, but he’s also the key to the maze. We know about Arnold only through dialogue. He’s Ford’s old partner, who had died during the early years of Westworld. But somehow his name keep popping up now. Why? I’m beginning to develop my own theories about the revelations and developments that will be made in the season climax, but they’re my own predictions, and to spare myself public disgrace (if I’m wrong) and you spoilers (if I’m right), I’ll keep them to myself. But two things are clear: Before this season ends, we’ll learn why the deadman Arnold still impacts events in the park, and we’ll come face-to-face with Wyatt. 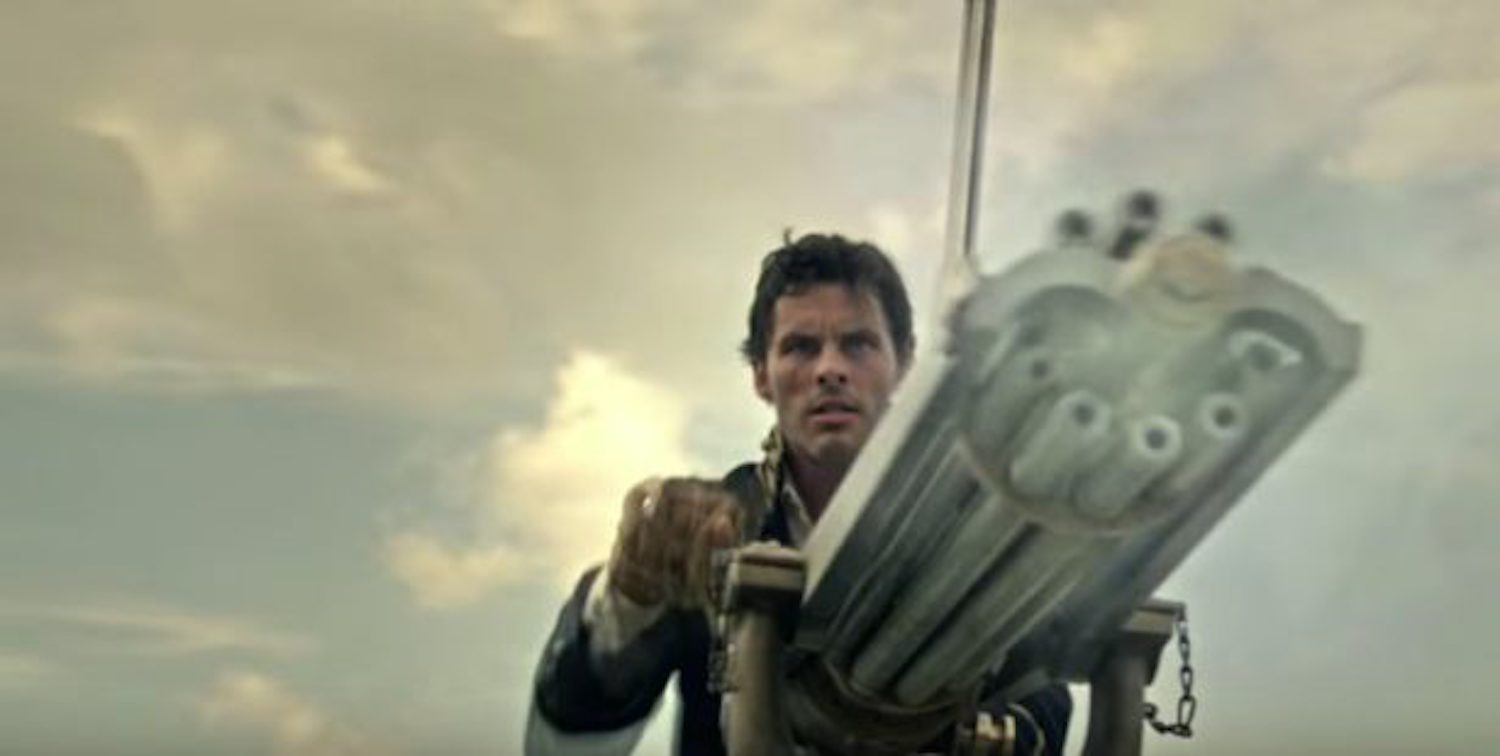