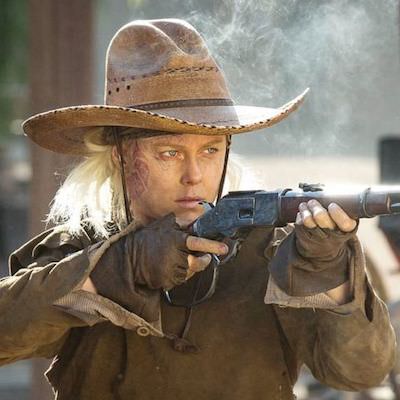 For the first time since reviewing HBO’s Westworld, I found myself uncertain what to write about an episode, episode 4, “Dissonance Theory.” For the first time, I felt I needed to rewatch the show before writing my review. I liked the episode. More than that, I recognized its significance in the general plot. Though it had it dramatic, even melodramatic moments, the most important conflicts in “Dissonance Theory” are subtle. In this episode—a good mid-season episode—the subplots begin to arc towards each other to support the main plot. That plot still revolves around Dolores, and I have began to think of it as her existential crisis.

Existential—big word. Since I’m not a philosopher, I know I’m not an expert on existentialism. I claim nothing but a layman’s understanding of the philosophy, and truth be told, I imagine most laymen have a better understanding of it than I do. I don’t even rule out that I’m using the phrase existential crisis wrong. But Dolores seems to be questioning her identity, her sanity, her world, and her purpose. In an interview with Bernard, she said:

I think that is the most important line in the series so far, not just for the Dolores, not just for the hosts, but also for the administration and the guests. Westworld is a theme park where good people go to become outlaws, gamblers, gunslingers, bank robbers, murderers, and rapists, where they engage in violence for fun and sex without consequences or commitment. Yes, there is something wrong with that world, something wrong with the society that would create it. In some way or another, every major character we’ve met in Westworld—administrators, guests, or hosts—is suffering his or her own existential crisis. 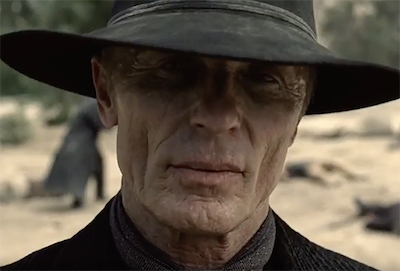 Ed Harris as the Man in Black

Except for the Man in Black and Dr. Robert Ford. Those two men seem to know exactly who they are, what they want from Westworld, and how to achieve it. The Man in Black continued his search for the maze, and he said what he hoped to find there. It is the last chapter of the story that is Westworld. Created by Ford’s deceased partner, Arnold, it’s a place where the violence is real. Since the Man in Black has been the most violent character, we understand his attraction to such a place. After years of play acting, he was ready for the real thing. In a conversation with Armistice (Ingrid Balsø Berdal), the female outlaw who rides with Hector, he gathered the next clue on his quest.

For the past few episodes, Ford had hinted at a new storyline of the likes Westworld had never seen before. Considering the size of the earth-shaping machinery he brought in to complete the storyline, it’s a major endeavor, and the “money people” grew worried. In a scene with Theresa Cullen, who represented the board, he challenged her authority in a way that made it very clear who runs Westworld. I haven’t decided whether Ford is a good guy or a bad guy in this story, but it’s clear he has a hidden agenda for Westworld that is very risky, if not dangerous and destructive.

Maeve, the madam of the local cathouse, suffered her own existential crisis as she remembers events that seemingly never happened. She remembered being shot in the belly, but there was no scar. When she and Hector discover proof of the memory, she stated that nothing is real, that none of this matters. For her the “something wrong with this world” is that it is a world without consequences. Does that give her freedom? Or is it another form of slavery?

As the story moves forward, I find myself most interested in the following questions: What is the maze? What journey is Dolores on? What is Ford’s new storyline? No doubt, there are other questions, but those are the big questions that propels me forward. 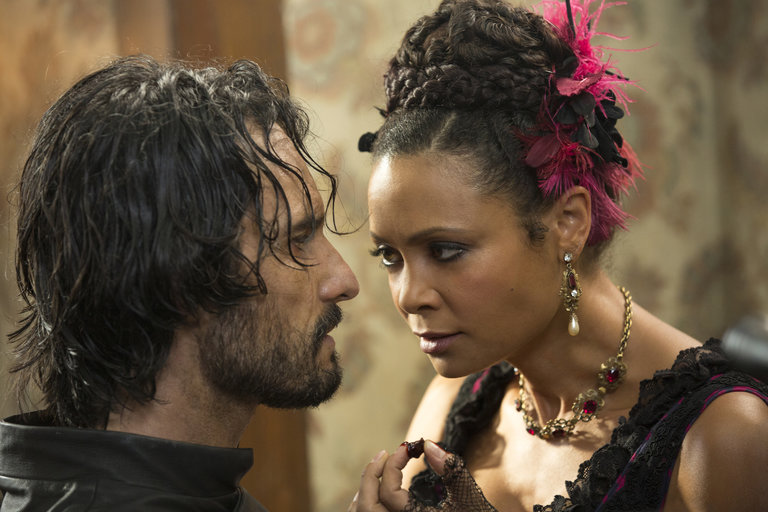