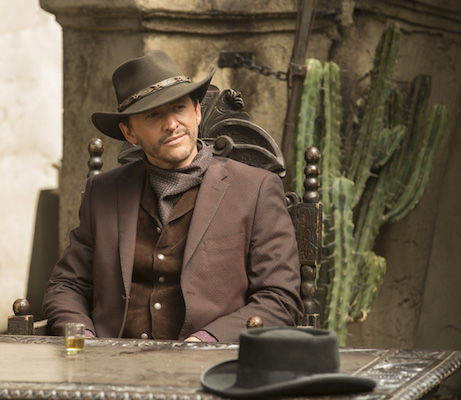 If episode 4 was about subtle conflict and inner revelations, episode 5, “Contrapasso,” turned to violent conflict and major revelations. This was an episode of big changes for several characters—Dolores, Maeve, William, and others. Elsie, in behavior, made a discovery that frightened her. And Dr. Robert Ford met with the Man in Black for an enigmatic conversation. If that talk was a chess game, it ended with no clear winner. But it suggested there is something about the Man in Black’s quest for the maze that either compliments or conflicts with Ford’s own agenda, his new storyline.

In “Contrapasso,” we see more about the backrooms of Westworld, where the androids are conditioned, programmed, maintained, and repaired to be put back into service. The hosts’ lives are violent. Each is killed often, by guests who come with the intent of killing, and we also have to assume some suffering accidental deaths. After each death, they’re brought to maintenance. Their wounds are healed, so thoroughly that no scars remained. Memories of their deaths are also washed from them. But we now know that this isn’t as effective as it ought to be, since stray memories remain in the hosts, like those files and caches you need to clean from your computer ever so often. Maeve, the madam of the cathouse in Sweetwater, suffered most from these stray memories. In episode 4, she confirmed that they were real events that had happened to her. Now in episode 5, she’s determined to find answers.

The Man in Black replaced his hostage Lawrence with Teddy Flood, whom he rescued from death. To find the entrance to the maze, The Man in Black must find Wyatt, Teddy’s archenemy. Though Teddy felt ready to die, when the Man in Black told him that Wyatt captured Dolores—a lie—Teddy revived himself and joined the hunt. How real is this? Since the Man in Black began his quest for the maze prior to Dr. Ford creating Wyatt as Teddy’s nemesis, could it be that Ford is playing the Man in Black? To what purpose?

But most of the action in this episode takes place in Pariah, a Mexican town whose name is almost too descriptive. Here the sex and violence that makes Westworld attractive is heightened to extremes. The city is debauchery incarnate. But this is the place Dolores, William, and Logan came to satisfied Logan’s quest for the deeper game. They travel with an outlaw host name Slim, who works for Lawrence—repaired and put back into his loop. When the quartet met Lawrence, he sent them on a mission to rob nitroglycerine from Federal soldiers to sell to ex-Confederate soldiers, now mercenaries. Violence ensued. And William—struggling to be the good guy, the white-hat hero—crossed the line of no return. Dolores herself reached that line and crossed it. She realized she doesn’t have to be “the damsel.” Pariah is a place people go to reinvent themselves, and both William, a human being, and Dolores, an android, did just that. 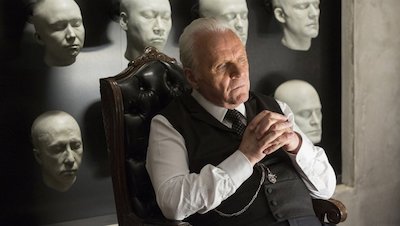 Though nudity, both male and female, existed in every episode, “Contrapasso” is the most skin-infested episode so far. Since Pariah is an anything-goes place, there is an orgy set piece at the middle of the show that makes this an adult-only episode. Westworld, like many HBO series, has always been something to watch after the kids go to bed, but episode 5 is more so. I know different people have different attitudes about sex and nudity in movies and on television. For me, I look for a literary reason for such scenes. Does the scene help develop the character? Does it advance the plot? Is this a situation where these characters would naturally be nude? Or is the nudity gratuitous? Does it feel natural for these characters to be having sex? Or is this just a scene the filmmakers added to spice things up?

Where will crossing that line lead them? I’ve said since the first episode that Dolores is the main protagonist, and now that we are halfway through the series, I’m more convinced of that. One problem I’ve had with her character development so far is that she has been the “damsel in distress,” and that stereotype don’t even work in Saturday morning cartoons anymore. But I had followed Dolores’ story convinced that her character arc would steer her away from such a submissive role. In “Contrapasso,” she made the decision to leave the damsel behind. It’s been foreshadowed for several episodes. She’s now something else? What? The episode doesn’t answer the question, but armed with a six-shooter, she, I suspect, is now the warrior woman. 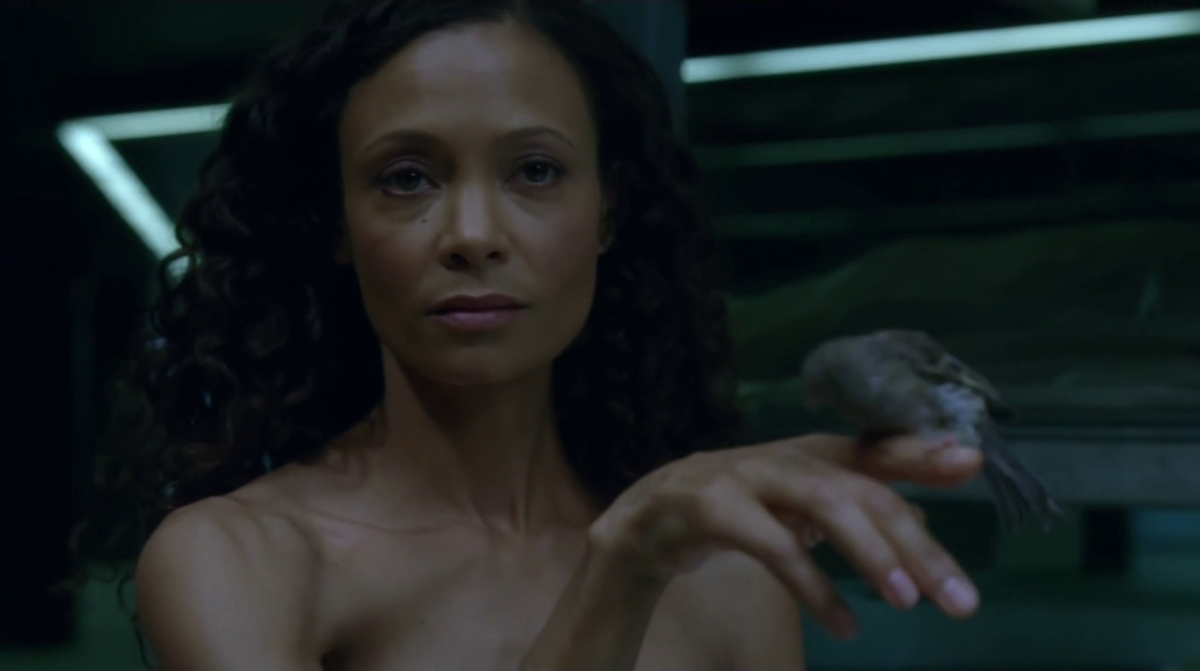