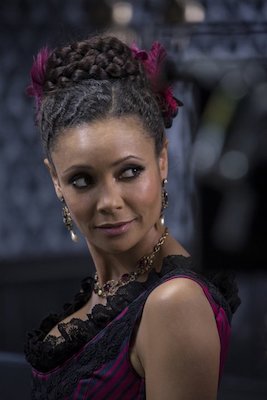 Westworld is a theme park. It’s a tourist attraction. It’s competing for the same dollars as Las Vegas, Miami, New Orleans, and other popular destinations across the globe. Like Disneyland, tourists flock there to submerged themselves into fantasy, and like Las Vegas, they come to engage in activities that they either wouldn’t or can’t engage in at home. Some of those activities might be violent, like killing an advisory in a gun fight, others might be indulging in hedonistic pleasures like fine dining and gambling, and others might be sexual, like seducing that woman whose beauty puts her out of your league. It’s an extended fantasy, a role-playing game, that roots itself in America’s “Age of Heroes,” the Wild West. No tourist, no Westworld.

In episode 1, “The Original,” the show focused on the management and attractions at Westworld. We learned that Theresa Cullen (Sidse Babett Knutsen) acts at the operational director, and Dr. Robert Ford (Anthony Hopkins) is its creative director. We met Bernard Lowe (Jeffrey Wright) and his protégée Elsie Hughes (Shannon Woodward), both who work in the programming the android hosts of Westworld. Lee Sizemore (Simon Quarterman) writes the storylines that the hosts act out with the guests.

We also met the hosts and learned something about them. The protagonists or central character of the host is Dolores Abernathy, played by Evan Rachel Wood. But we also met Maeve Millay (Thandie Newton) and Teddy Flood (James Marsden). We learned that Dolores suffers a glitch, but have yet to learn its nature or whether the other hosts also suffer it. As viewers of a television drama, we expect the worst. Maeve runs the local cathouse and is friends with the favorite prostitute, Clementine Pennyfeather (Angela Sarafyan).

In episode 2, “Chestnut,” we meet the third category of characters that makes Westworld successful—the tourists. Two friends arrive at Westworld, Logan and William. Logan (Ben Barnes), a repeat guest—as we say in the hospitality industry—came to indulge his hedonistic urges, but he also has an agenda of helping his shy friend, William (Jimmi Simpson), break out of his safe, predictable, and boring routine. As viewers, we begin the tourist experience as the tourist themselves begin it—at the reception platform. A beautiful woman greets William and takes him to a dressing room, to select his wardrobe and his firearm. When he asked her if she’s real or an android, she answered, “Well, if you can’t tell, does it matter?”

And that’s the whole point of Westworld. You are not supposed to distinguish between the real and the fantasy. In episode 1, Lee Sizemore, the writer, expressed doubt about how real the fantasy needs to feel. “Ford and Bernard keeps making the things more lifelike, ” he complained. “But does anyone truly want that? Do you want to think that your husband is really fucking that beautiful girl or that you really just shot someone?” This makes Sizemore the voice of reason. Since Quarterman portrays him as temperamental, prone to temper tantrums, he seems an odd choice for this role. 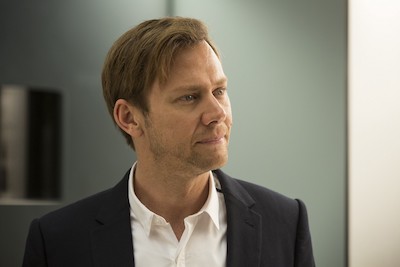 But his rhetorical question hints at a theme in the series. It is the theme that appears often in science fiction, especially in that sub-genre that deals with robots and artificial intelligence and created life, from Mary Shelley’s Frankenstein to Robin William’s Bicentennial Man to the 2015 movie Ex Machina. After creating human-like machines, giving them personality and motivation, independent thought and free will, at what point to we stop thinking of them as creations and start thinking of them as people? At what point do we recognize they have unalienable rights, that includes life, liberty, and the pursuit of happiness? It’s too early in the series to tell whether this is its central theme, but by focusing so much attention on Dolores and the other hosts, its a theme that can’t be ignored.

Based on the 1973 movie of the same name, this reboot is the creation of Jonathan Nolan and Lisa Joy. Nolan, Christopher Nolan’s brother, is a writer who had worked on The Dark Knight, The Dark Knight Rises, and Interstellar. His short story “Memento Mori” became the source of Memento, also directed by his brother. Jonathan Nolan’s previous television work is as the creator of Person of Interest. Lisa Joy previous experience includes working as a writer on the television shows Burn Notice and Pushing Daisies. Along with writing Westworld, they act as its executive producers with Bryan Burk and J.J. Abrams. Abrams attachment to Westworld was one of the biggest reasons I was excited for this series, and still am excited. In the last few years, with his association with the Star Trek reboot and with Star Wars: The Force Awakens, he has become one of my favorite filmmakers.

Though the arrival of William and Logan at Westworld was an important event, the episode further advanced the Man’s in Black (Ed Harris) agenda. What is he up to? Dolores’ malfunction continues to develop, and at least two developments in episode 2 tells us that it’s just beginning. But the episode’s main plot revolved around Maeve, who also began to develop quirky behaviors. After a failed effort to correct her, she wanders through a nightmarish scene, the scariest set piece in the series so far. Is Maeve’s malfunction the same as Dolores? Or is this something new? We have to wait to find out.

One thing the filmmakers are doing right is the visual storytelling, that is the story they tell with the photography rather than with dialogue or action. Without going into details, I mentioned that they used an effective sequence in visual storytelling in episode 1. They also made good use of the technique in “Chestnut.” In case you haven’t seen the episode, I won’t say more about it. But as you watch it, look for those clues the camera tells us for hints of the direction this series is going.

Two episodes do not make a successful series, but from what I’ve seen of Westworld so far, I trust it will give us quality television for the remaining of the season. And I feel optimistic of future seasons. It gives us everything we want from entertainment: interesting characters, complex plots, and provocative themes. 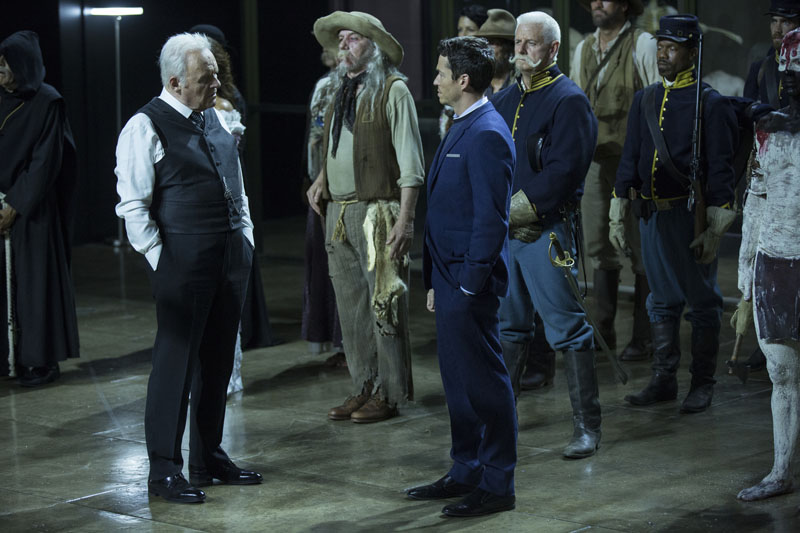