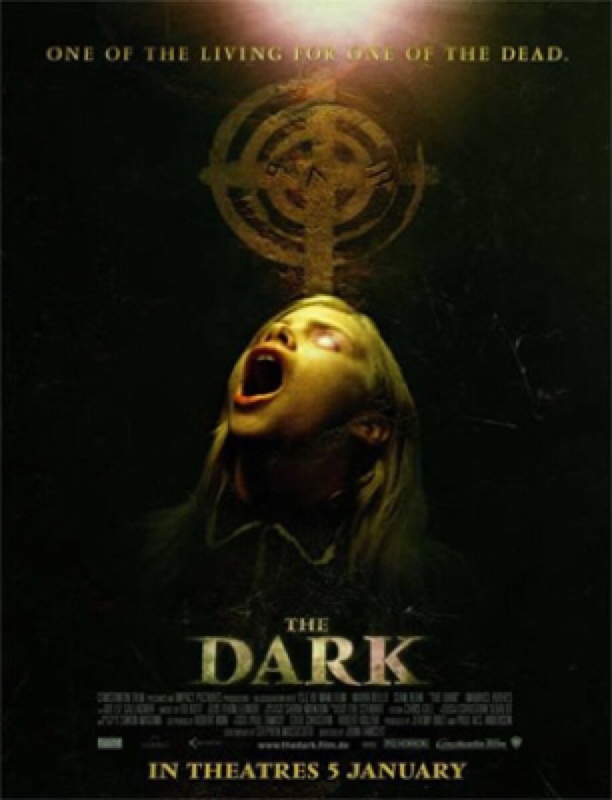 As writer, editor, and publisher of this blog, I consider it part of my mission to guide you towards movies that–as the saying goes–flys under the radar. These are movies that I enjoyed watching but that most people haven’t heard about. They might not be the best movies, the Oscar winners or the blockbusters, but they are good enough to justify their existence and to spend an evening with. Each years, worldwide, hundreds, if not thousands, of movies are produced and released that never receive wide distrubution or mass audience play. But with streaming services like Netflix, Amazon Prime, Hulu, and others, we can bring those movies out of obscurity and into your house. Starring Maria Bello and Sean Bean, The Dark (2005) is such a movie.

When her daughter, Sarah, goes missing from a Welsh sheep ranch, Adélle finds herself exploring the history of this mysterious place. That leads her into a confrontation with supernatural forces from an afterlife land called Annwyn. At its heart, The Dark is a ghost story of the haunted house variety. As such, it has many of the tropes we’ve been seening in ghost stories since the beginning of story telling, but it isn’t just another reworking of overworked formula. It breaks from the formula in several places and gives us several surprising turns. The Dark tells a chilling story about the past meeting the present. I can’t say I was scared during the movie, but horror isn’t just about being scared. It is also about being chilled, disturbed, and tense. It’s less common for horror movies to scare me and more common for them to put me on edge. The Dark put me on edge during its first scene, and it kept me on edge until the final shot.

Stephen Massicotte wrote the screenplay based on Simon Maginn’s novel, Sheep. I think the title of the novel is unfortunate, because it fails to incite the dark mystery contained in the story. (It hard to judge that, though, because I have yet to read the novel. I’m planning on reading it in the near future. Amazon sells a Kindle copy for $3.99.) As a title, The Dark works better, because it caught my attention and convinced me to watch the film, but it still feels understated for the story it tells. Don’t judge the movie by its title. John Fawcett, a Canadian director who has worked more in television than movies, directed The Dark. Christian Sebaldt served as cinematographer. Since I love photography in movies, I tend to mention the cinamatographer even if I don’t have much to say about him, but in The Dark, Sebaldt faced several challenges dealing with the setting that he executed masterly. I can’t go into details about that, because that would involve spoilers. But I believe more than any other element in the film–the writing, the directing, the acting–the photography created that sense of dread I felt watching it. 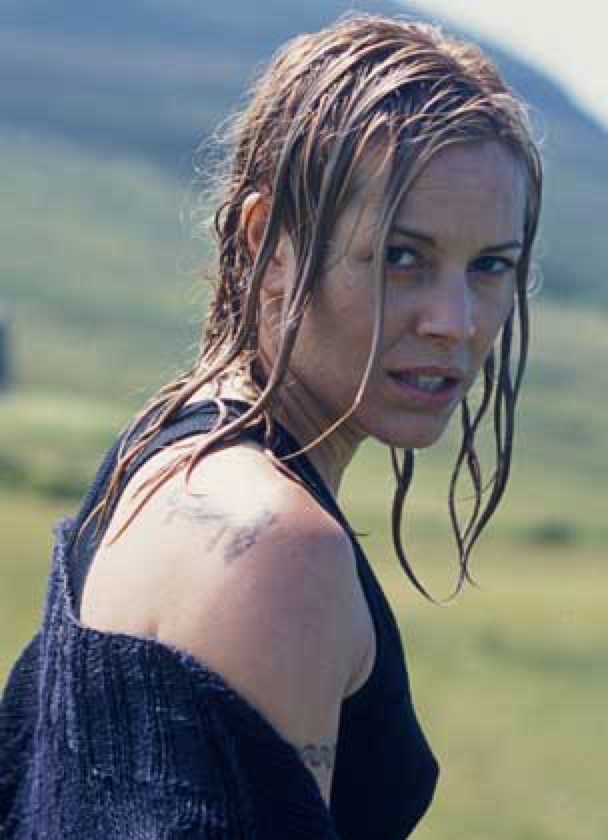 Set in Wales (but filmed in Devon and on the Isle of Man), the setting is another important element that created that sense of dread. In many ways, the setting is the main antagonist. The story feels rooted in this location where land battles sea, where man encounters the supernatural, where life meets Annwyn. High cliffs, jagged jetties, and a relentless surf drive the plot as much, if not more, than the ghosts. It’s a landscape that screams for sacrifices. Pearched on those cliffs is the ranch where the family lives. I often hate the haunted house in haunted house movies, because they often look stylishly spooky or run-down in a way that means no one would ever live there. But the house in The Dark looks real and livable. It’s a stone house, old enough to have a nefarious history, but not so old that it suggests bulldozing rather than restoring. It’s large enough to have its eerie niches and nooks, but not so large it feels artificial. In short, it feels like a house where these people would live. It also feels like a house where ghosts would linger.

Maria Bello stars as Adélle, and to her I give the best actor award. As the protagonist, she carried the weight of the story on her shoulders, and she carried it well. Motivated by a mother’s natural concern for her daughter’s welfare, but also by guilt over a strained relationship with Sarah, she follows the sinister clues surrounding the disappearance. Sean Bean stars as James, her exhusband, and Maurice Roéves stars as Dafydd, the handiman. Sophia Stuckey plays Sarah. Though she did a fine job, the child actor who caught my attention with her performance was Abigail Stone. She plays Ebrill, a girl who holds the key to Sarah’s whereabouts. Her proformance was so convincing that I considered naming her best actor, but since I can only name one, it had to be Bello.

I watched The Dark via my Amazon Prime membership. At the time I’m writing this, it’s not available on Netflix Instant Play, but Netflix DVD does have it. Since the dark appears in several movies titles, I suggest searching for the movie via the director’s name. It’s well-worth its 93 minute runtime. It might not be the scariest movie on the market, but it has several creepy moments, and it feels like a fresh take on the haunted house. 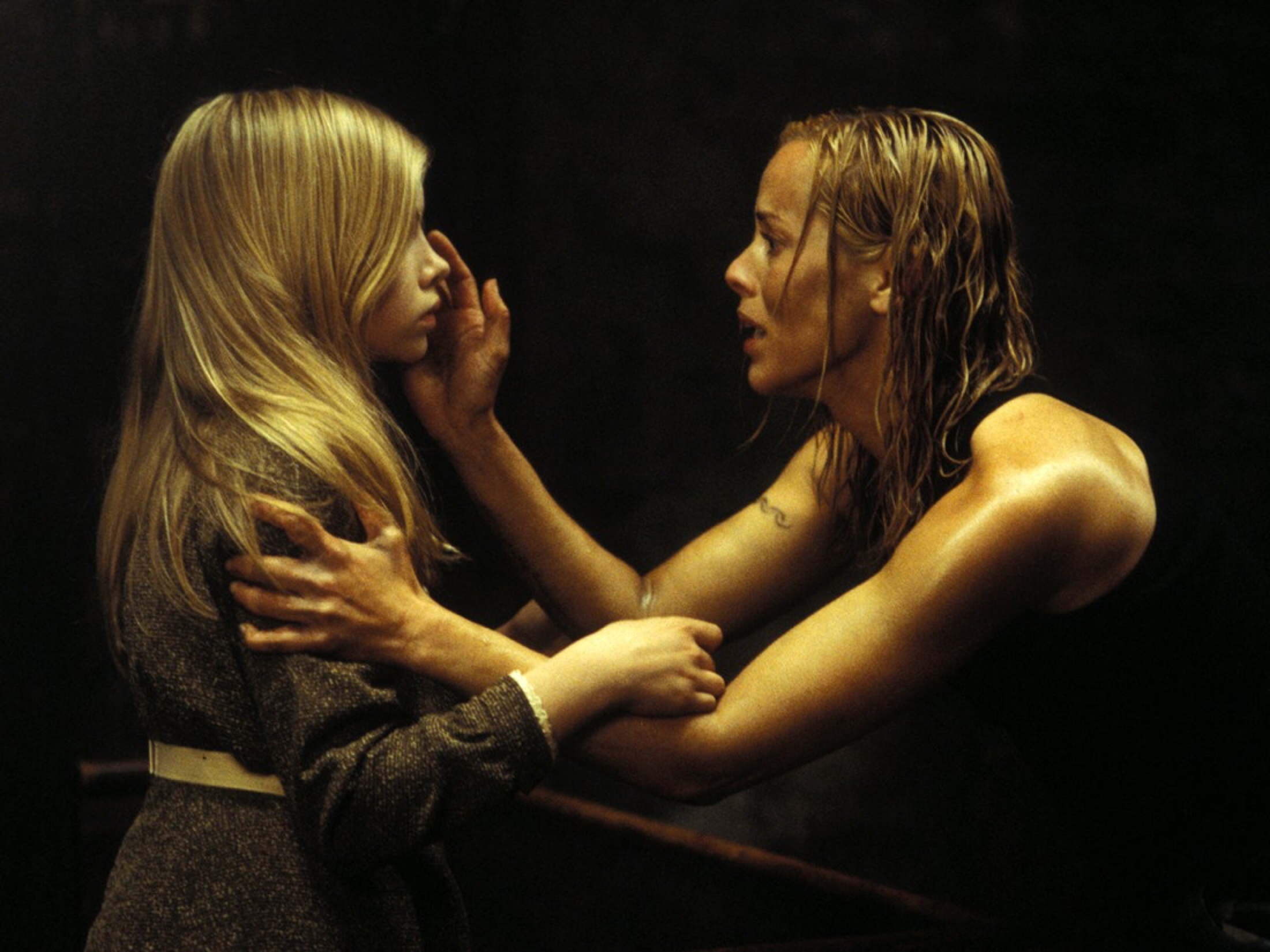