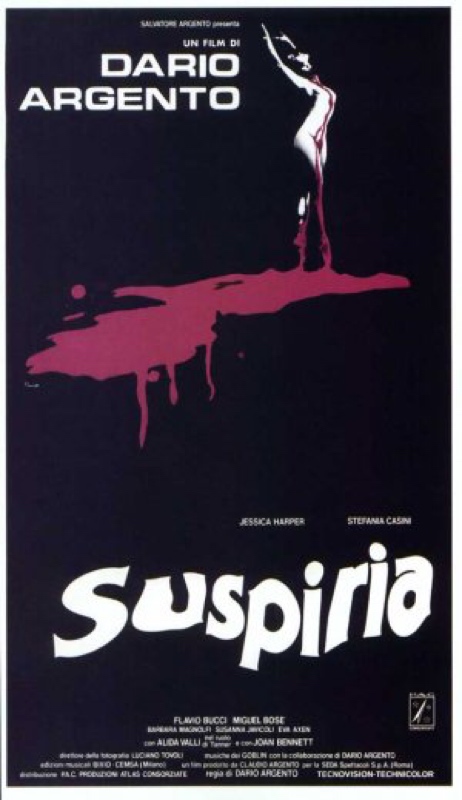 The 1977 Italian movie Suspiria is a masterpiece of Eurohorror.

I’m don’t recall where I read that quotation, and I won’t even swear under oath that I’m remembering it verbatim, but I remember the word masterpiece, and I remember Eurohorror, because it’s the first time I’ve seen the word. What I didn’t remember, until recently, was the movie title, so, though I always wanted to see this masterpiece of Eurohorror, I was unable to locate it. Recently, I re-encountered the title again–I believe in one of Watch Mojo videos–so I was able to add it to my Netflix queue and see it. Upon seeing it, I feel disinclined to refer to it as a masterpiece, but Suspiria is a scary movie with several shocking, chair-jumping moments in it.

An American ballet student, Suzy Bannion, travels to Germany to study her craft at a famous dance academy. Upon arriving, she learned that a fellow student had been murdered off campus the following night. Though news to Suzy, we the viewers witnessed this murder in one of the most terrifying scenes I’ve seen in years. The murder created a sense of dread around the academy, and it caused Suzy and another American student, Sara, to play Nancy Drew and investigate. But this is no simple murder, as it becomes obvious that supernatural forces might be involved and that Suzy might become the next victim.

Dario Argento directed Suspiria. He also cowrote the screenplay with Daria Nicolodi. It’s based on Thomas De Quincey’s Suspiria de Profundis (Sighs from the Depths). As an obscure work by an obscure Scottish writer, I never heard of it before, but Wikipedia suggests its a precursor to what we now call prose poetry. That description, along with Argento’s movie, makes me want to read it. (Readers of this blog knows I always want to know the literary source of any movie I see, especially those I enjoy.) Luciano Tovoli is the cinematographer, and his photography helped establish a sense of dread. He often tinted the shots with red or blue filters to add a preternatural atmosphere to them. The Goblins, an Italian band, and Argento composed the music, which was not subtle. You know that Mike Myers stabbing music from Halloween. The music throughout Suspiria reminded me of that. So loud, so obvious, so grating, but also so appropriate for the horror we are witnessing.

The best element of Suspiria is the horror set pieces. There were several throughout the movie, and each one was chilling. Argento achieved the perfect balanced between gore and suspense. And the pacing between them was great. They happened just often enough for the viewer to never lose that sense of dread that seasoned Suspiria. The ending felt rushed. I would’ve preferred a more dramatic climax. Since Argento created several scary confrontations, since he showed a knack for building tension and suspense during them, it was disappointing that he rushed the final act.

That as well as the wooden acting are what kept Suspiria from masterpiece quality. Though an Italian film, since both Suzy and Sara were Americans, English was the principle language throughout the movie. Jessica Harper plays Suzy, and Stefanie Casini plays Sara. Alina Valli plays Miss Tanner, and Joan Bennett plays Madame Blanc. My award for best actor goes to Barbara Magnolfi, who played a minor character named Olga. Olga was important during the early film, but she disappeared without explanation later. Still she had the most interesting line in the movie and she delivered it perfectly. I’m not sure how much I should blame the actors for their wooden delivery. All the characters were cardboard cut outs. As the horror set pieces were the best thing about the movie, the lack of character development was the worst. Horror works best when the character feel real and sympathetic.

In my research for Suspiria, I discovered that a remake is under way and is due for release in 2018. I’m cautiously excited to see it, because horror remakes do not have a good track record. But I think there’s potential to update the film into a satisfying product. In any case, I recommend you see the original before the remake hits the market. If you like scary movies but have grown inure to typical Hollywood frights, Argento’s Suspiria is the movie to watch. 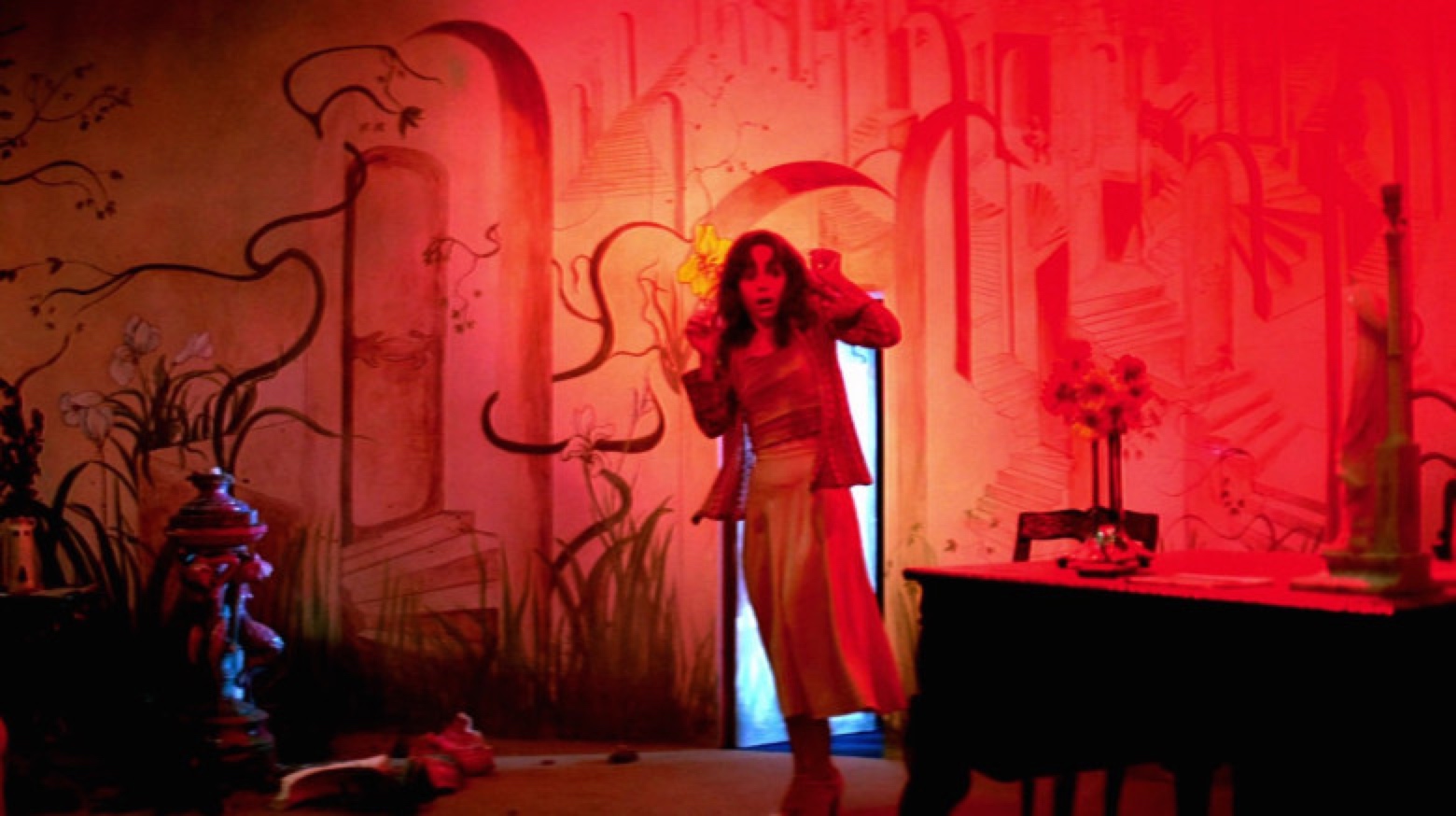