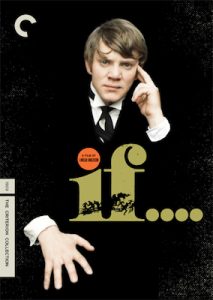 If… has the distinction of being the first R-rated movie I saw. I was sixteen-years-old and a member of the debate club. The club decided to see the film, and since some where old enough to act as “guardians,” they were able to get the younger members into the film. It was playing at the Magic Lantern Movie Theater, Spokane’s art movie house, and it was playing as a double-feature with another Malcolm McDowell film, A Clockwork Orange.

What a mind-blowing experience!

Though I believe age restrictions, for the most part, are arbitrary, I must confess I wasn’t emotionally prepared for either of these films—much less the one-two punch they provided. I left the theater feeling numbed, troubled, and even violated. I think we all did. We went to someone’s house—I don’t remember whose—and raided the parents’ bar. Another first for me—a drinking party. Followed later in the night by a third first—my first passionate kiss, this with the most unlikely of girls. I was in a state of mind to forget the films; I think we all were. So we engaged in other vices.

Make no doubt about it: Seeing If… was a vice!

Years later, I read Anthony Burgess’ A Clockwork Orange and I rewatched the movie adaptation a couple times. I came to appreciate its story and the dystopian future it envisioned. But I had never rewatched If… until now. So many years later. Never mind how many!

Directed by Lindsey Anderson, If… tells the story about Mick Travis, a student at a British boarding school, whose nonconformist attitude puts him in conflict with school officials and the ruling students, called Whips. The conflict between conformity and nonconformity propels its plots and established its themes. We meet Mick Travis, played by McDowell, dressed in black overcoat, black fedora, and a black scarf hiding his lower face. A fellow student called him Guy Fawkes, which hints at Mick’s rebellious nature and foreshadows the violence to come. He’s the de facto leader of the school’s nonconformists, called The Crusaders, who challenge the school’s authority with such actions as drinking in their study and making forbidden visits to the neighboring town. They wallpapered their study wall with pictures torn from magazines, which show such images as soldiers in combat, riots, rock stars on stage, and naked centerfold models. Mick is obsessed with violence and revolution.

One man can change the world with a bullet in the right place. 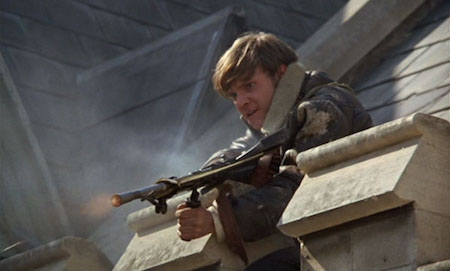 In style, If… feels like a free form poem. It begins with the matter-of-fact chaos of the first day of term, as returning students show new students around the school, as the boys settle into the dormitory, and as the staff introduce themselves to the assembled students and lay down the rules. We see the regimented life of the students, as the Whips preformed bed checks and call for lights out. It’s very common, even banal, but then, as the viewer relates more with Mick and his friends, the movie begin to drift away from this foundation towards the surreal and obscure. In one scene, for example, while the students are away on paramilitary drills, the house master’s wife walks naked through their dormitory and touches their clothing.

It’s such scenes like that that made If… a scandal in its own day. After reading the script, written by David Sherwin, Lord John Brabourne said it was “the most evil and perverted script I’ve ever read.” After the movie was filmed, a British ambassador called it “an insult to the nation.” Nudity and violence runs throughout the film, which what that sixteen-year-old me found so unsettling. Not that I was offended by either nudity or violence, but their presentation in this film mixed brutal realism with irrational plot twists to incite troubling ideas and conclusion.

What stands, if freedom falls? Who dies, if England lives?

But I’m no longer that sixteen-year-old boy, and I can now appreciate the aesthetics and tone of If… As I rewatched it, I dove deeper into the movie, its characters, and its themes. It’s a movie that explores the inherent conflict between conformity and nonconformity, between tradition and change, between subjugation and rebellion. It’s a movie well suited for its time and culture—the Counter Culture of the 1960s. Does that make it less relevant today? Paradoxically, I think its themes feel very relevant—especially in a world plagued by school shootings—but the presentation feels dated. Watching If…, I found myself interested in what I was seeing but not entertained by it. It’s an arts film, an intellectual exercise. It’s to be appreciated not for its plot or character development but for what it says about society, culture, and the human race. 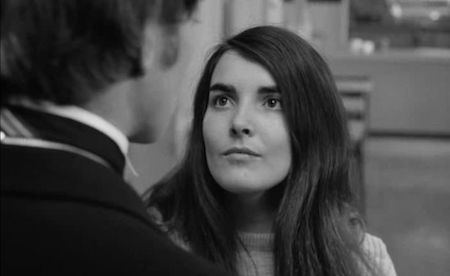 Christine Noonan as The Girl

The film has two remarkable strengths to me. The first is its photography by cinematographer Miroslav Ondrícek. The filmmakers shot in both color and black-and-white and intermixed them in the editing. There’s three stories about why. 1) They ran out of money and had to resort to the cheaper film stock. 2) They wanted to shoot several scenes in natural light, that required fast film, and the color film of the day wasn’t up to the task. 3) They made an aesthetic choice to shoot in both color and black-and-white. Since Anderson had made conflicting statements about the choice, I have no idea which of those reasons is true. For whatever reason, it works. It complimented the surreal plot and the scenes of estrangement. Besides this, Ondrícek’s photography created haunting, dreamlike images that added to the movie’s tense tone and helped foreshadow the violent ending.

The second strength was the dialogue, especially Mick Travis’ one-liners, that achieved a balance between morbidness and beauty. I suspect that you could take everything Mick says in the movie, arrange it in verse, and have an eerie but beautiful poem. Joining him in these strange one-liners is The Girl’s own dialogue. Let’s be clear: I object to The Girl’s character development. Played by Christine Noonan, she’s the principle female character, but they didn’t even give her a name. Despite this, next to Mick, she’s the most intriguing character. The little she has to say is fascinating and mysterious. I loved hearing it.

I watched If… via Netflix DVD. It’s an obscure movie, and I think they have only one copy, because I had to wait several months from the time it reached the top of my queue to when they sent it to me. It’s not for everyone, but if you value film for its intellectual themes as much as for its plot, then it’s worth checking out. Since I’m no longer that naïve sixteen-year-old, I can now appreciate its aesthetics, even if the characters and plot twist still trouble me. In rewatching it, I was surprised not by how much I had forgotten but by how much I had remembered. All these years, Mick Travis stayed with me. And I think that’s a testament to the quality of this film. 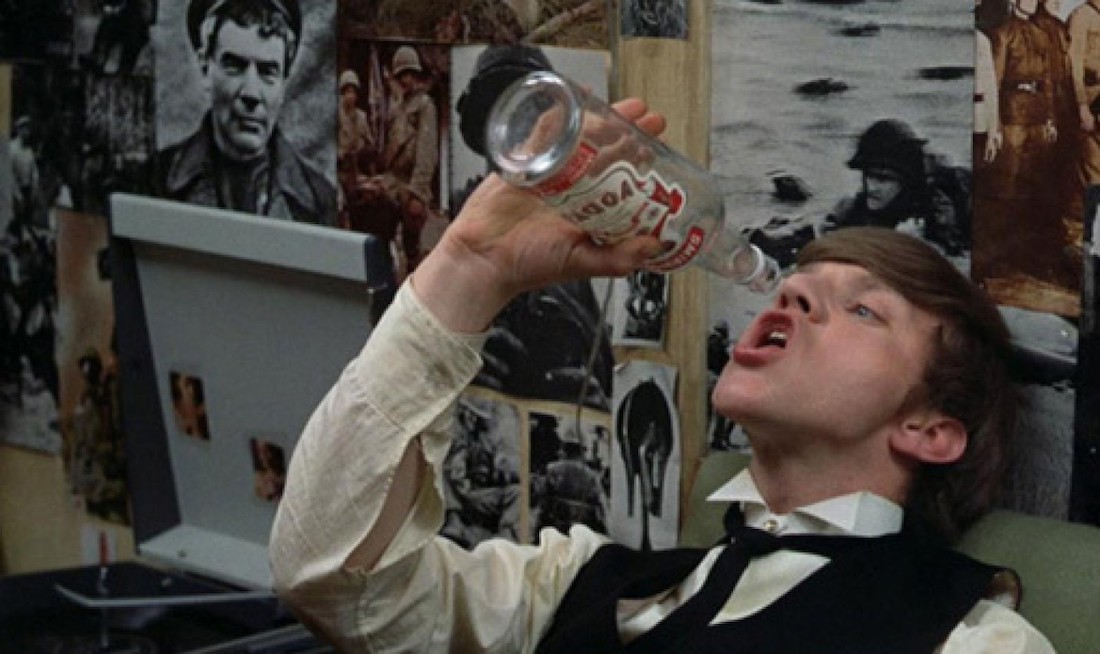