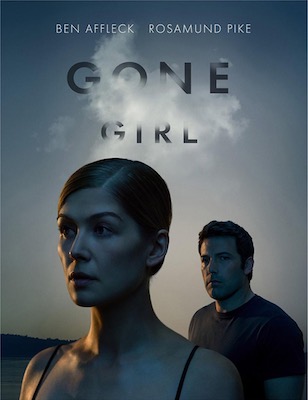 Movie genres come with expectations. We expect to see magic and mythical beasts in fantasy movies. Monsters in horror films. Car chases in action flicks. The western that doesn’t end in a gunfight is something other than a western. It’s a period piece. With suspense thrillers, we expect rising tensions, twists and turns, and the unexpected climax. Gone Girl, a suspense thriller based on Gillian Flynn’s novel by the same name, fails to meet these expectations.

In my review of Flynn’s bestselling novel, I said: It has a strong opening, a strong middle, but a weak conclusion. I hoped David Fincher’s adaptation would correct this structural imbalance; after all, he gave us such jaw-dropping movies as Seven (1995) and Panic Room (2002). He has proven he knows how to build suspense and conflict and how to deliver the desired emotional impact. But Flynn wrote the screenplay, and in it, she gave us the same anticlimactic structure. In either the novel or the movie, Gone Girl is a suspense thriller with only one strong twist, revealed too early, followed by a denouement of waning tension.

Ben Afflect is Nick Dunne. He and his wife, Amy (Rosamund Pike), are about to enter their fifth year of marriage, but on the morning of their fifth anniversary, she goes missing. At first, it appears to be an abduction, but following the evidence trail, Detective Rhonda Boney (Kim Dickens) suspects Nick of murder. Finding himself accused, Nick hires famed lawyer Tanner Bolt (Tyler Perry), and he seeks solace with his twin sister, Margo (Carrie Coon). As both the public and police suspicions grow against him, Nick makes a discovery that he knows will condemn him.

The performances were convincing and enjoyable. Afflect makes a good imperfect husband, and I enjoyed Coon’s performance as Margo. She’s my favorite character in the movie, because she’s direct and candid, but loyal to her brother, even as she learns he has a mistress. Emily Ratajkowski plays the mistress, Andie Fitzgerald. It’s a small role, as was Perry’s role as Tanner Bolt. I found myself yearning for more from all the supporting characters. There was too much Afflect, too much Pike, and not enough supporting cast. I liked neither Amy nor Nick Dunne. Both stuck me as selfish, dysfunctional, and unsympathetic characters. Since I didn’t care what happened to either of them, the plot failed to build tension or give me an emotional release. My award for best actor goes to Kim Dickens as Detective Boney. That’s an odd choice, because, for a crime movie, the leading detective had a very small role. But Dickens did an excellent job as the suspicious but cautious Boney.

I regret that I can’t give the award to Pike, because I think she had the most challenging role in Gone Girl. She has to play two different Amy Dunnes, the Amy Dunne she wants people to believe in and the Amy Dunne as she really is. But Pike’s performance failed to convince me of either. I blame the screenplay more than Pike. There was one scene in particular—a very important scene—where I thought: This is not Amy! She would never let this happen! And since she would never let it happen, that scene felt contrived. And with it, the movie. 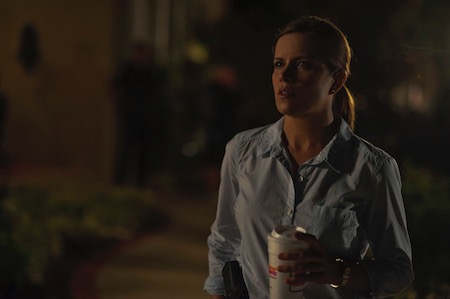 Breaking away from my notes, I’m going to confess to you that I’m having trouble writing this review. Part of the problem deals with that big twist that came too early. Since so much of the movie depends on it, it’s hard to write around it without giving it away. I never want to spoil a movie for my readers, and even though I’m giving this a thumbs-down review, I assume that some readers will still see Gone Girl. (There’s too many reviewers giving this a thumbs-up to ignore.) But the main reason I’m having trouble with this review is because the movie failed me. It’s marketed as a suspense thriller, but it’s neither suspenseful nor thrilling. There’s no sense of danger.

Again, I blame Gillian Flynn. The story sucked. It was a wonderful idea, but it was poorly executed—in both the novel and the screenplay—and not even Ben Afflect and David Fincher can save it. You can take a good screenplay and make a bad movie, but it’s impossible to make a good movie from a bad screenplay. The screenplay suffers the same imbalance as the novel. As a rule, we want tension and conflict to build, until the climatic scene, the great confrontation between the protagonist and the antagonist. That’s the scene that we want to take away from the film, the scene we want to talk about to our friends, whom we are urging to go see it, but we can’t talk about it, because we don’t want to ruin it for them. That scene never happens in Gone Girl. The closest is a scene between Amy and Desi Collins, an exboyfriend, played by Neil Patrick Harris, but it doesn’t count, because neither Amy nor Desi are the protagonist.

In my review of the novel, I said that last half of it felt like an epilogue. It was painful to read. It was like reading a textbook. You have to do it, but you don’t have to enjoy it. The last half of the movie felt the same. Since you watched the first half—that part before the big twist—you have to watch the last half. In truth, you watch it hoping a bigger twist will happen, but it never does.

Gone Girl was released in 2014. It was one of the big movies of the year, and it’s Rotten Tomato score is 88%. People liked it; I imagine people still like it. Because of its popularity, I hoped to like it better than the novel, but as a faithful adaptation of the novel, it shares the novel’s structural weakness. For me, it failed to live up to my expectations as a suspense thriller. 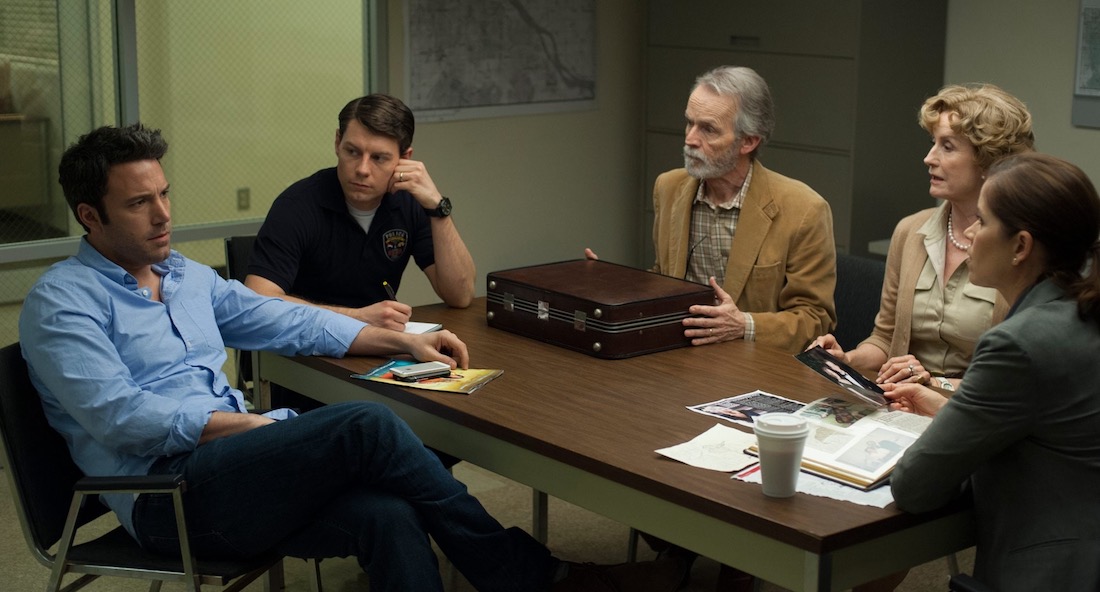