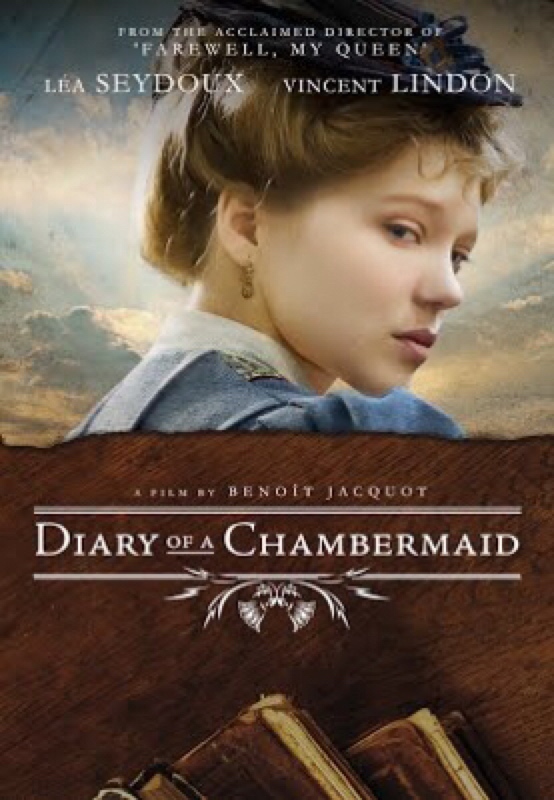 Diary of a Chambermaid is a 2015 French film. Along with directing, Jacquot cowrote the screenplay with Hélène Zimmer. It stars Léa Seydoux as Célestine, the chambermaid in the title, who takes a position with Monsieur and Madame Lanlaire (Hervé Pierre and Clotilde Mollet, respectively). Along with her fellow servants, Marianne (Mélodie Valemberg) and Joseph (Vincent Lindon), she finds Madame Lanlaire a demanding mistress. Meanwhile, Monsieur Lanlaire, unhappy in his marriage, attempts seduction. As can be imagine, the squeeze between Madame’s demands and Monsieur’s flirtation places Célestine in an unsatisfying position that she has no control and little chance of escape.

I watched Diary of a Chambermaid on Netflix Instant play. Since I had read the novel and enjoyed it, I expected to enjoy the film. Instead, I found it annoying. The music by Bruno Coulais grated on my nerves, and the many scenes of Célestine stomping up and down stairs did little to calm those nerves. I suppose Jacquot filmed those stair-stomping scenes to demonstrate Madame Lanlaire’s demanding nature and Célestine’s unhappiness, but they incited my own unhappiness. The conflict between Célestine and her employers was intriguing and legitimate, and it deserved better development than Jacquot gave it. I believe he knew what he wanted to say but didn’t know how to say it.

Vincent Lindon as Joseph and Léa Seydoux as Célestine

Talented people made Dairy of a Chambermaid. The photography by Romain Winding was beautiful and invocation. Production designer Katia Wyszkop and costume designer Anaïs Romand did a wonderful job of recreating late 19th Century France. I never doubted the authenticity of the setting or the wardrobe. I enjoyed Léa Seydoux as Célestine, especially in the late film where she blossomed as the character. But I give Vincent Lindon as Joseph my award for best actor. He gave the most consistent and believable performance of the film.

Diary of a Chambermaid runs for 95 minutes, but I think if you’re looking for thought-provoking entertainment, there are better ways to spend that time. Though faithful to the original novel, it suffers from a screenplay that made bad decisions about what to keep and what to drop. Many viewers resent when a movie strays too far from its literary source, but my complaints about adaptations tend to go the opposite direction, when a film strives to be too much like the novel that it forgets to be itself. That happens here.  Jacquot including scenes because they were in the novel, when they had no place in his film. And the film suffers for it. 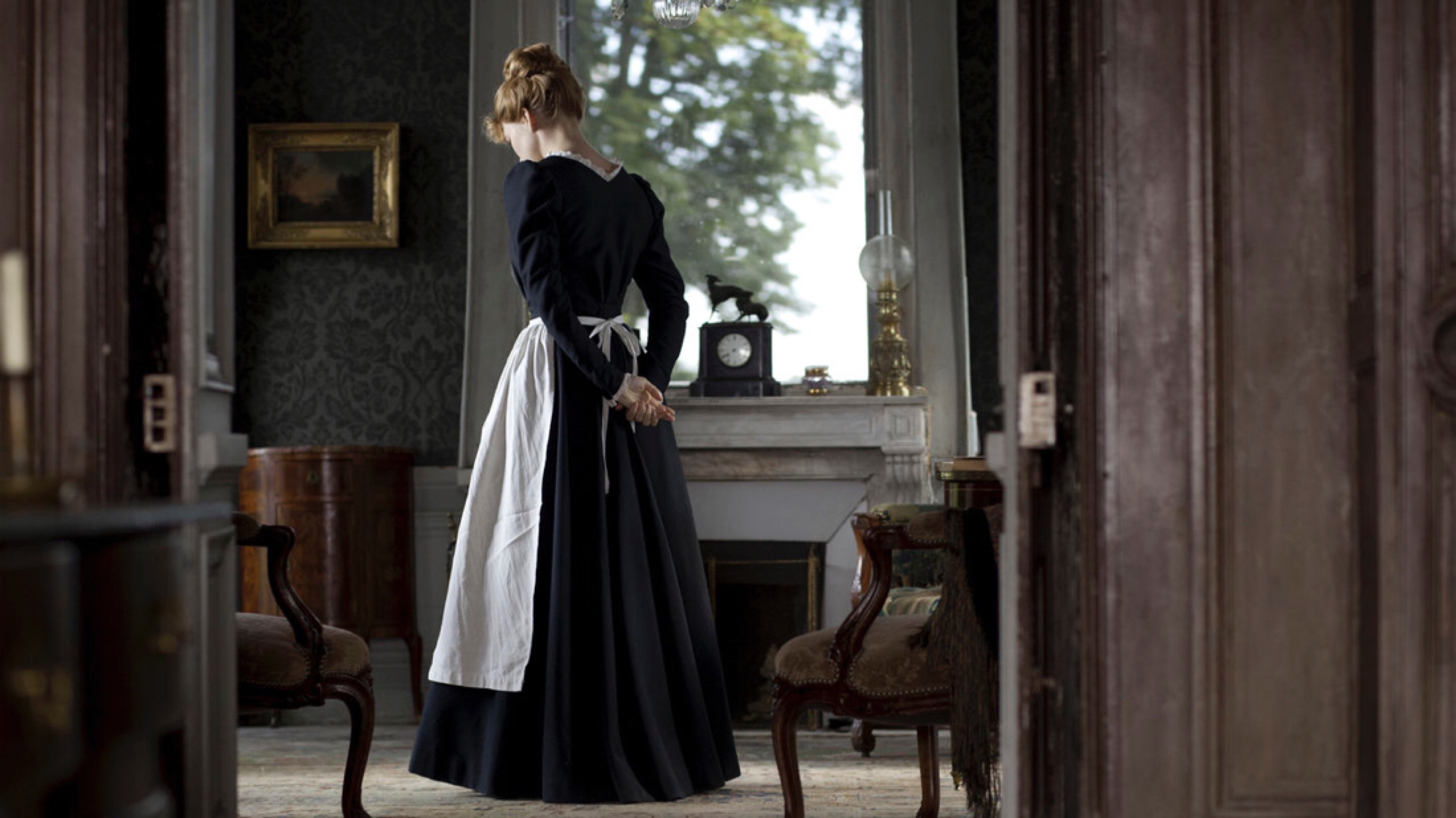