The Dreamers by Gilbert Adair 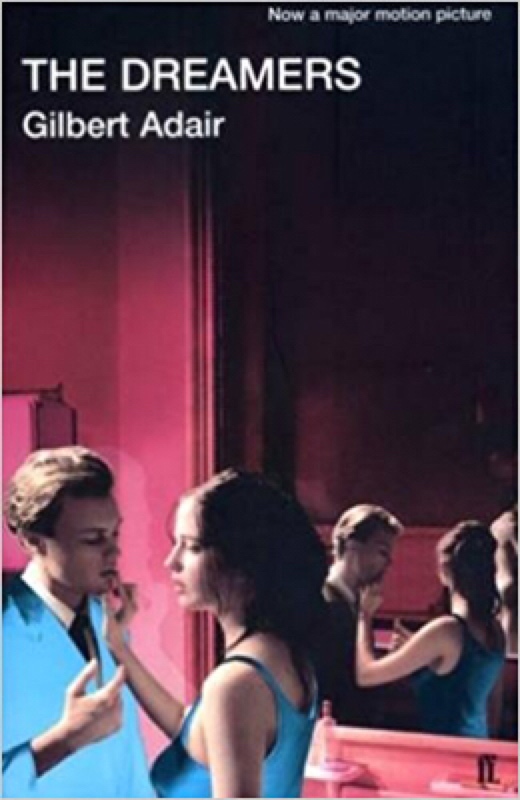 In 1968, the Cinémathèque Française in Paris stood as one of the few government-funded and operated tributes to cinema in the world. Henri Langlois, who cofounded the organization in the 1930s, still ran it. During the 30s, he built up a large film library, and during World War II, as Germany occupied Paris, he smuggled the films out in order to protect them from Nazi bonfires. In post-war France, the government honored these efforts by making the Cinémathèque a government-sponsored organization. They install Langlois as its manager. The Cinémathèque served as both a museum and theater. Though not a large organization, it helped educate many of France’s Nouvelle Vague filmmakers. And it provided movie lovers opportunities to see movies from cinema past.

This ended in 1968, when the government of Charles de Gaulle, fearing leftist movements, decided to crack down on organizations deemed sympathetic to Communism. It fired Langlois and closed the Cinémathèque Française. Those protesting these events joined with and helped fuel a national protest that in May became so violent that de Gaulle fled the country. He would eventually return and restore the country to order, but les événements de mai, as it became known, left a lasting scar on France.

These events serve as the sociopolitical background of Gilbert Adair’s The Dreamers. Matthew was an American exchange student in Paris. The novel doesn’t tell us how he met Théo and Isabelle, but it’s easy to imagine, since all three were film buffs, it was at the Cinémathèque. At 17, one year younger than Matthew, the twins were the offsprings of a famous French poet and his British wife. Since visits to the Cinémathèque gave Matthew the time he spent with his new friends, when it was closed down, he worried about losing contact with them. Instead of abandoning Matthew, the twins invited him into their self-contained world–a world that crossed the lines between fantasy and taboo.

Published in 1988, The Dreamers is a dark erotic novel that explores themes as diverse as incest and social unrest. Matthew provides us a gateway into this world and its themes, a gateway into the twisted lives of the twins. While the poet and his wife were out of town on an extended visit to the coast–where the poet preferred to do his writing–Matthew lived with the twins and join with them in the trivia game they call Home Movies–a game where the loser had to perform humiliating sexual activities. Matthew’s bisexual urges and his love for both Théo and Isabelle made him the perfect conduit for the twins to explore their own incestuous desires.

If it’s not clear by what I’ve already written, the sex in The Dreamers is in your face. Adair, in clear, simple, accessible prose–loaded with cinematic allusions–describes each act in detail. Like Matthew–who often felt as obliged to watch the sex act as the performer felt to act it out–we, the readers, can’t turn our heads. Adair’s prose draws us in. It is never vulgar, even when describing vulgar acts. As the sex incites us, its context troubles us. We never forget that these relationships are self-destructive and taboo. In this way, The Dreamers achieves the dichotomous effects of thrilling our senses while challenging our emotions.

As Matthew and his friends play their games, the streets of Paris burn. In my own succinct notes, I describe the action in The Dreamers as “sex and riot.” Since it’s impossible for our trio to ignore the unrest around them, they are often drawn into it. Adair’s passages of rioting are as compelling and dramatic as his erotic passages. No one needs to tell me that Adair is a film buff, as dedicated to movies as Matthew, Théo, and Isabelle. His style–the number one reason to read The Dreamers–is cinematic. Like a Hollywood film, Adair presents the story in set pieces. He allows a few full scenes to stand for dozens of other unwritten scenes of the same type. In this way, he builds the depravation without taking us through all its phases. That’s a common technique in movies to show us change, but it’s less common in novels that have room for more complex plots. Yet Adair makes it work in The Dreamers.

If they chose to sit close the the screen, it was because they couldn’t tolerate not receiving a film’s images first, before they had had to clear the hurdles of each succeeding row, before they had been relayed back from row to row, from spectator to spectator, from eye to eye, until, defiled, second-hand, reduced to the dimensions of a postage-stamp and ignored by the double-backed love-makers in the last row of all, they returned with relief to their source, the projectionist’s cabin.

The Dreamers is rooted in a love of film, and it’s my own love of film that led me to this novel. In 2006, I saw Eva Green play Vesper Lynd in Casino Royal. I thought, This is a new type of Bond Girl.” Before Vesper, Bond Girls weren’t expected to have more emotional range beyond the lust they felt for 007. Green gave us a Bond Girl who was intelligent, self-assured, and full of character. Wanting to know more about this actor who gave us that depth, I added The Dreamers, adapted from this novel, to my Netflix queue. At the time, there wasn’t a lot else to choose from, because Green’s career was just starting. Its NC-17 rating prepared me for its erotic content, but even then, I was surprised by how explicit the movie proved to be. After that first viewing, I didn’t have a strong feeling for the movie–either positive or negative. Several years later, in 2015, I watched it again. This time I appreciated the movie more, but I found it left me curious about the characters and the events they witnessed. I decided to read the novel. This is the opposite direction I normally go. I prefer to read the novel first, but sometimes that’s not possible. Now, three years later, I finally got around to reading The Dreamers. And glad I did!

Gilbert Adair (1944-2011) was a Scottish writer, but he had lived in Paris from 1968 to 1980. His first novel was Alice Through the Needle’s Eye (1984), followed in 1987 by Peter Pan and the Only Children. The Dreamers (1988), originally titled The Holy Innocents, was his third novel. Though gay, he preferred not to talk about his sexuality. He didn’t want to be labeled “a gay writer.” I suspect he wanted his writing to have reach beyond the gay community. Though The Dreamers have homosexual elements, it’s not a novel about being gay. Like The Dreamers, his next novel, Love and Death on Long Island (1990), was adapted to film. Along with fiction, he wrote several nonfiction books, many about film, which he clearly loved as much as Matthew, Théo, and Isabelle. He died in London in 2011.

At 193 pages, The Dreamers is a short, simple novel. Simple, that is, in its plot and structure, but complex in its characters and themes. It’s a beautiful book, poetic and visual. When I finished it, I asked myself: Is this an overlooked masterpiece? I decided that masterpiece overstated its quality, but it’s not wrong to call it overlooked. I believe The Dreamers deserves more attention than it receives and so does Gilbert Adair.