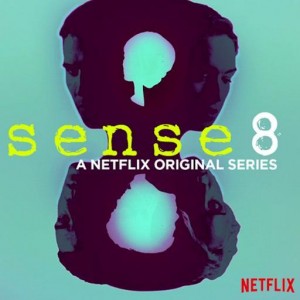 Sense8 is an original Netflix series about eight people around the world who become aware of each other. These sensates, as the show dubs them, share sensual perceptions–sight, sounds, tastes, etc.–visit each other psychic visions, and adopt each other skills to solve individual and group problems. It is an interesting show that is a drama-science fiction hybrid. In a way, it is a superhero story, but there are no capes, no masks, no hidden identities, no Bat Mobile, no Bat Belt with a dozen gadgets, and no Ironman suits. Their superpower is their shared experience, their shared awareness of each other, and their ability to tap each other’s strengths. Season One, the only season currently available on Netflix, has 12 episodes.

The Wachowskis, who gave us The Matrix and Cloud Atlas, teamed up with J. Michael Straczynski to create Sense8, which they wrote and produced. Having worked in film, television, novels, short stories, and comic books, Straczynski is an all-in-one storyteller. He created the science-fiction television series Babylon 5 (1994-1998), wrote The Amazing Spider-Man comic book from 2001 to 2007, and wrote the graphic novels Before Watchmen and Wonder Women. The Wachowskis and Straczynski wanted a platform to explore complex personal themes that they felt was being ignored in science fiction, themes like sexuality, gender, and identity. For that purpose, they created Sense8.

Sense8 does not have a main character; it has eight main characters. These eight protagonist each struggle with their own personal crisis, while collectively they become aware of each other and their shared conflict.

Bak Sun (Bae Doona) is a South Korean businesswoman. She is a quiet woman, a loner, who feels disrespected in the Seoul business community. Kickboxing allows her to let of steam. She suffers a personal dilemma, when she learns her brother is embezzling from their father’s company. 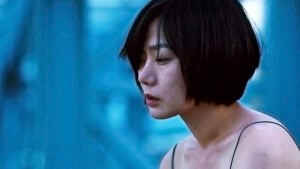 Wolfgang Bogdanow ( Max Riemelt) is a jewel thief in Berlin. When he executes the diamond heist of a lifetime, he finds himself in conflict with his uncle and cousin, who had planned on stealing the same diamonds. 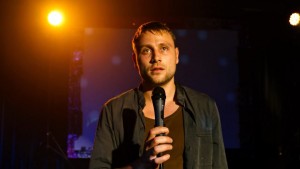 Capheus (Aml Ameen) runs a matatu (bus) service in Nairobi. A fan of Jean-Claude Van Damme, he is devoted to his mother, who is dying of Aids. In an effort to get the medicine his mother needs, he finds himself entwined with a brutal crime lord. 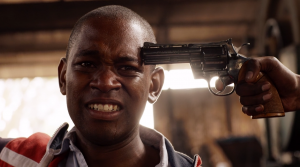 Kala Dandekar (Tina Desai) lives with her parents in Mumbai. A pharmacist and a devoted Hindu, she plans to marry her boss, but she doesn’t love him. She struggles with the personal dilemma of whether it is better to do her duty and marry a man she doesn’t love or to follow her heart and break the engagement. 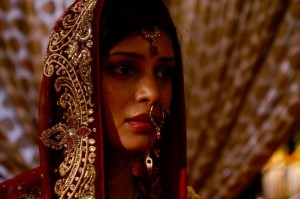 Lito Rodriquez (Miguel Ángel Silvestre) is a famous movie star in Mexico City, an action star known for his macho persona, but he is secretly gay. Needing to hide his sexuality and his partner to protect his career, he enters into a faux relationship with his female lead. 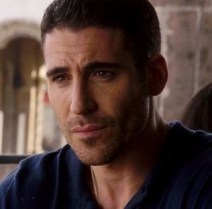 Will Gorski (Brian J. Smith) is a Chicago police officer. Troubled by an unsolved murder from his childhood, he suspect his new sensate abilities are related to this crime. 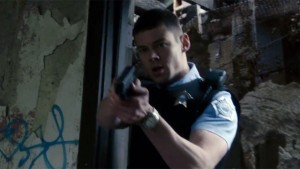 Nomi Marks (Jamie Clayton), a transgender woman, lives with her girlfriend in San Francisco. After becoming a sensate, she finds herself targeted by a enigmatic organization, led by “Whispers” (Terrence Mann), set to neutralize the sensate. 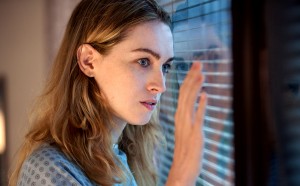 Riley Blue (Tuppence Middleton) works as a deejay in London. Raised in Reykjavik, she left Iceland to escape memories of a personal tragedy. But when she becomes the target of a sadistic London drug dealer, she flees London and returns to Reykjavik. 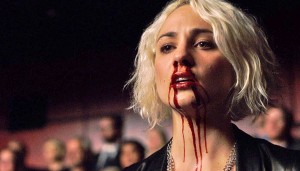 As I wrote the above list, I feared I was adding too many details to this review, but I wanted to give you an idea of who the main characters are and what problems they face in their lives. To me, not all conflicts feel equal. Compared to Capheus’ fear of the murderous gangs that plaque Nairobi and grief over his mother’s suffering, what is Kala’s doubt over her marriage? But that is a strength of this show, the ability to intermix personal and emotional dilemmas with violent conflict. This is not your typical science fiction. It is more personal; it is more emotional; it is more cerebral. At times, especially in the early episodes, the show moved slowly. It almost put me off. At one time, during the Pride Parade in San Francisco, music played, and I thought: Every time they don’t know what their characters should say, they play a song. It is fair criticism, because, especially in those earlier episodes, music rather than dialogue establishes the mood. But it is also unfair criticism, because the music served to connect me with the characters, to understand them better, so as the series progress and the paced increase and the conflicts became more dramatic and violent, I felt involved. I felt as if I had a personal stake in the outcome.

And the music was beautiful. That is another strength of the series. As I said above, it help set the mood and establish my rapport with the protagonists. It also served to connect the sensates. In one episode, at a karaoke bar, Wolfgang sang “What’s Up” by the 4 Non Blondes, all the sensates heard the song and reacted to it in there own way. It was a beautiful scene. But throughout the series, music plays an integral role in the plot. I don’t think I have seen a better intertwining of music and storytelling in any television series. It is worth watching just for that effect.

Sense8 is for grown-ups. Since sexuality is one of its main themes, the show doesn’t shy away from sex and nudity. At times as I watched the series, it challenged me to step out of my comfort zone. It challenged me to broaden my mind–which was pretty broad to begin with–about homosexuality and transgender people. Lana Wachowski is a transgender woman, and in Sense8, she created her first transgender character, played by a transgender actress Jamie Clayton. Other reasons why you would wait until the kids are in bed to watch this show are language, drug use, and violence. The series depicts adults living complicated adult lives, representing several lifestyles, both mainstream and counterculture. The characters use the fowl language ubiquitous in modern dialogue. They smoke weed and pop pills. The violence is gritty. It felt realistic. People die. Their violent deaths are not the sanitized death of prime time television. They are the deaths of more sophisticated and realistic shows like The Sopranos and Breaking Bad.

I found Sense8 entertaining and thought-provoking. Since I like shows with strong character arcs, Sense8 appeal to my sensibilities. Though the slow pacing in the early season annoyed me at times, it helped lay the groundwork of who the sensates are and what they value, and that allowed me to better appreciate their transformations towards the end of the season. It’s available on Netflix streaming video. There are twelve episodes in the Season One; they are about an hour each. I do recommend watching the series.