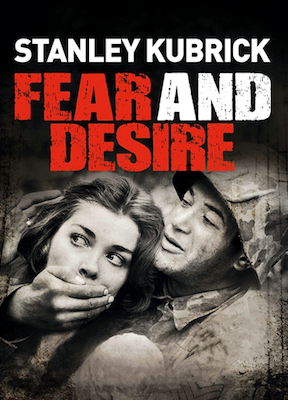 Stanley Kubrick (1928-1999) stands as one of the great American directors. Through his films, he took us from the distant past in Spartacus (1960) to the enigmatic future in 2001: A Space Odyssey (1968). In Dr. Strangelove (1964), he warned us about nuclear holocaust, and in A Clockwork Orange (1971), he gave us a dystopian future. He frightened us with The Shining (1980) and angered us with Lolita (1962). He gave us the period drama Barry Lyndon (1975), the war drama Full Metal Jacket (1987), and the erotic drama Eyes Wide Shut (1999). Few would doubt his genius or his role in shaping America and World Cinema. But even a genius needs to start somewhere. In 1953, after filming a few short documentaries, Kubrick directed his first feature movie. That was Fear and Desire, a film that both suffers from his inexperience while reviewing Kubrick’s fledging talent.

After their airplane crash, four servicemen—three soldiers and a pilot—found themselves trapped behind enemy lines. Their self-evident goal is to return safely to their own side. Written by a friend from high school, Howard Sackler, it is a simple story with a simple plot and simple characters. It’s the theme that’s complex. Fear and Desire is about the psychological impact of war. It is a deep theme, a heavy theme, an important theme, but perhaps it was a theme too deep for the 25-year-old director, who had never been to war, to explore. Watching the film, I sensed that Kubrick wanted to reach deeper into his characters and their plight but wasn’t sure how to convey that depth on film. For that reason, it feels more experimental than commercial. It bombed at the box office, and prints of it disappeared. Many assumed that Kubrick, dissatisfied with the work, had bought of the prints and destroyed them. But a print surfaced in 1993 and was shown at the Telluride Film Festival. 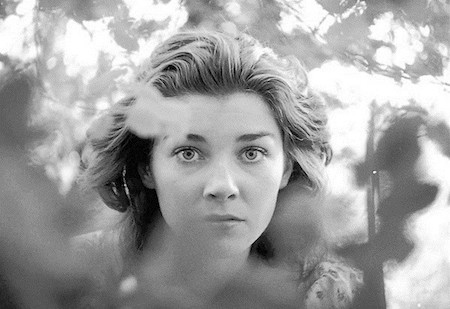 Virginia Leith as “The Girl”

Born on July 26, 1928, Kubrick grew up in the Bronx. He attended school at William Howard Taft High School, but he was an indifferent student. He skipped too many classes in order to attend the movies. Despite this attendance record, he became the school’s official photographer. He loved photography, and his father, Jack, disappointed in his son’s scholarship, encouraged photography as a serious hobby. After high school, he became a staff photographer for Look. He married his high school girlfriend, Toba Metz, and they moved to Greenwich Village. During this time, still fascinated with movies, he spent his free time at the cinema and began to read books on film, film criticism, and film theory. He was particularly interested in the writings of the Russian direction Sergei Eisenstein. It was only natural for this interest in film to lead him into filmmaking. Raising what money he could, he made a short documentary about boxer Walter Cartier. Entitled Day of the Fight, it created critical and professional interest in him, and it encouraged him to quit his job at Look to pursue his filmmaking ambitions. After a few more short documentaries, he felt ready to tackle his first feature film.

At 62 minutes, Fear and Desire is a short feature. It is far from a good movie, but it isn’t all bad. I found the photography uneven; many shots felt overexposed. But the composition of the shots helped to examine the inner dialogue the characters experienced. 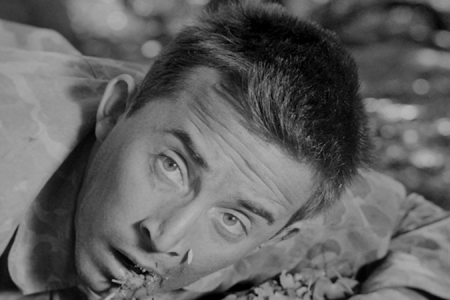 They were moody shots that show that even at this inexperienced stage, Kubrick understood how to use photography to tell the story and probe character feelings and motivations. Like the photography, the acting felt uneven. For most of the film, I felt unconvinced about the narration. I never felt there was a war, and I never believed these were four soldiers trapped behind enemy lines. I blame the screenplay on this, and I blame the actors for not delivering.

There was one sequence, however, fraught with inherent drama and tension. Our protagonists captured a young woman (Virginia Leith) and tied her to a tree, to prevent her from revealing their whereabouts. As the others head out on a scouting mission, Pvt. Sidney (Paul Mazursky) stays with her to guard her. But he developed ideas about her, with tragic consequences. The montage that follows this subplot is dark, tense, and effective. This is not the only sequence in Fear and Desire where Kubrick teases us with a sense of who he will become, but it is the best movement in the film. It is the moment that stays with me. There is real tension between Sidney’s delusions—he believes she’s falling for him as he fell for her—juxtaposed against her natural fear. I also think of this as a missed opportunity, because the conflict between the woman and the soldier had the potential of being a strong main plot rather than a succinct subplot.

“Missed opportunity” feels like a good one-phrase review of Fear and Desire. Kubrick and Sackler were reaching for grand themes and high drama, and they clearly had the intellect to achieve these aspirations, but their inexperience hindered them. I think of Fear and Desire as a springboard for their careers. Sackler would go on to have a long and successful career as a screenwriter, giving us such movies as The Great White Hope (1970). And Kubrick would become one of the great directors in film history. I don’t think one should watch Fear and Desire for entertainment or for its thought-provoking themes. I think it’s of interest because what it tells us about Stanley Kubrick and his career. 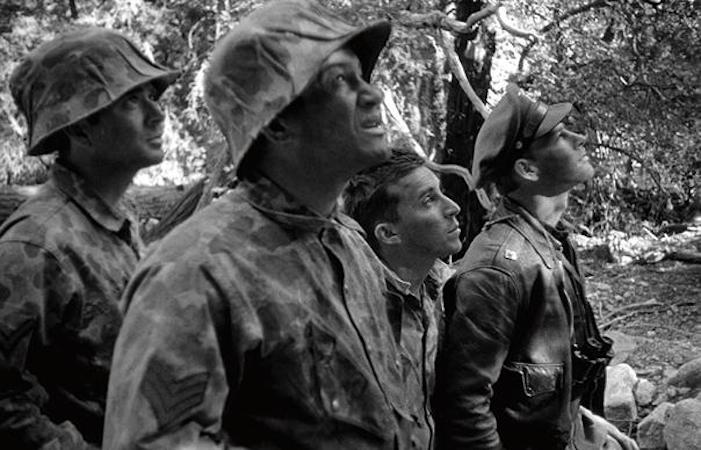