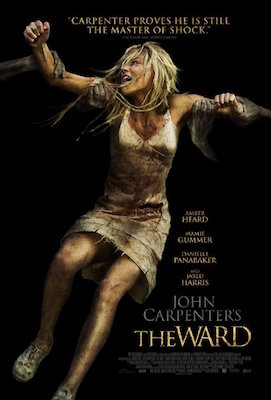 The movie poster for The Ward caught my eye. It showed a beautiful blond, dressed in a flimsy white gown, and struggling against unseen forces. Sex and violence all in one image! When I saw that John Carpenter, of Halloween and The Thing fame, directed this movie, I was sold. Carpenter is clearly one of the better director of horror films in my lifetime. And I love horror films. But since what scares us have been filmed for so many years by so many directors, it is difficult to find a good horror movie. I have a simple test for good horror movies:

Did I feel afraid?

The Ward failed that test. At no point during the movie did I feel afraid. Even the jump scares failed to scare me. The jump scares were predictable. I felt myself anticipating them, so when they happened, they failed to startle me. Since the principle device Carpenter and screenwriters Michael and Shawn Rasmussen employed to tell the ghost story was these jump scares, that aspect of the movie failed.

But The Ward is less a horror movie and more a psychological thriller. Kristen, played by Amber Heard, finds herself committed to a psychological hospital. Since the insane think they are sane, she believes this commitment is unjust. With the aid of her fellow inmates, she attempted several escapes. These escapes are the set pieces of this movie. They drive the plot to its climatic revelation.

The Ward is a comfortable movie. It is a movie that did everything right–the writing, the directing, the acting, and the cinematography–but still failed to elevate itself above a 3-star rating. It feels like a good vehicle to move Heard from the supporting cast to the starring role, but I wanted more from Carpenter, and he failed to deliver. It is my intentions with Netflix Now to watch movies I’ve never seen before, but as I watched The Ward, as more scenes and more images felt familiar, I realized I’ve seen it before. I’ve seen it and forgot about it. I think that tells a lot about the movie. It’s good entertainment for the 90 minutes it plays out, but it doesn’t stay with you. It’s like eating a candy bar when hungry. It’ll sate your hunger for an hour or so, but then you’re going to want to eat something more substantial. After watching The Ward, I wanted something more substantial.

The Ward is a decent movie. I doubt that you’ll find any scares in it, but it has intriguing characters and exciting scenes. It’s a popcorn movie, a movie to watch and enjoy, but not a movie to ponder about. If you think too much about it, you’ll think: But that makes no sense! So don’t think about it. Just watch and enjoy. 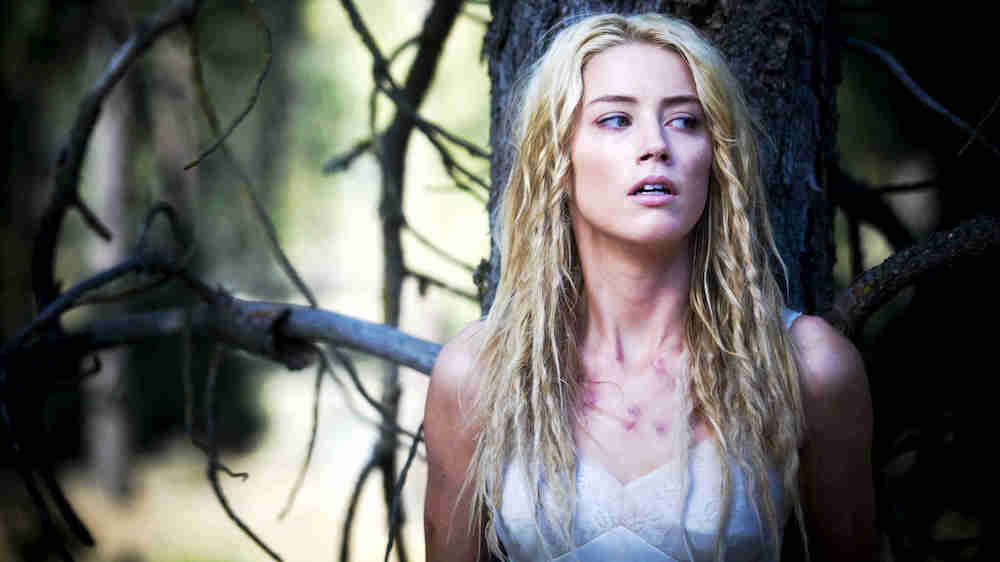 Amber Heard in The Ward