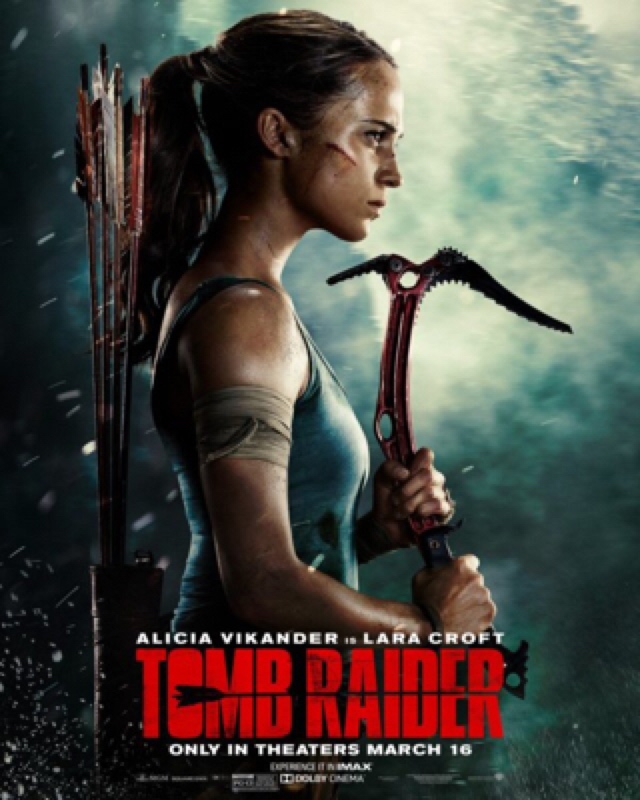 Though Tomb Raider starring Alicia Vikander as Lara Croft, is a diversion, a simple entertainment, it gave us nothing new. It’s a competent film by competent filmmakers, who colored within the lines, stamped a MPAA rating on it, and packaged it in a candy bar wrapper. It’s mass-produced fluff. I went to see it because it came out on a week when nothing else I wanted to see came out. I chose it by process of elimination. I’m not sorry that I saw it–as I said, it was entertaining–but my recommendation to you is to wait until it becomes available on home viewing.

I saw Alicia Vikander in Ex Machina (2014), arguably my favorite science-fiction movie of the last ten years. Since she was stunning in it, I felt excited to see her as Lara Croft. How would she compare to Angelina Jolie? Since I’ve never played Tomb Raider, it’s through Angelina Jolie’s movies that I know the character. I enjoyed her Lara Croft movies, but they were much like this movie–good diversions without anything memorable or groundbreaking about them. Of the two actors, I prefer Vikander’s Lara Croft to Jolie’s. Jolie’s Croft started strong and stayed strong throughout both movies, but Vikander’s Croft started weak and grew strong during Tomb Raider. She had a character arc. As such, there was more pathos to her portrayal than Jolie gave us. This pathos and character arc are the best reasons to see Tomb Raider. 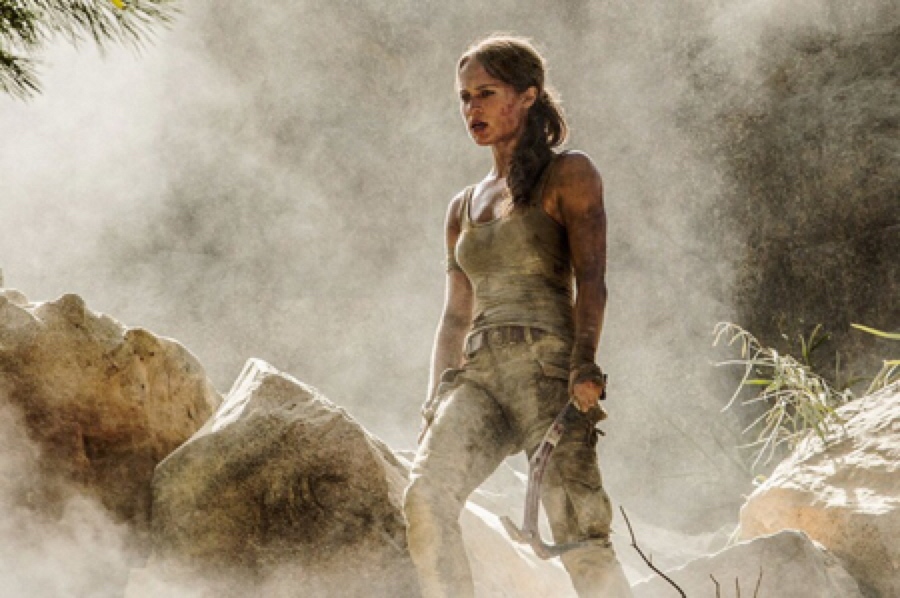 I wished Uthaug and the screenwriters understood that, because as good as it was, they didn’t take full advantage of it. They were busy giving us cut-and-paste action sequences; they had no time to dive into the complex and less visual world of character development. There was one scene towards the middle of the film where I wanted a bigger emotional response from Vikander. She could’ve delivered it, started to deliver it, but the plot gave it no time to fully develop. A new challenge emerged, a new task need completion, and the emotion was truncated. The filmmakers understood action. They gave us several good action set pieces, but not all of them were necessary for the plot. At the beginning, there were two crowded-street chase scenes that felt like video game obstacle courses, and I suspect that’s why they were included. A nod to the source. But filmmakers, take note–especially you Roar Uthaug–what makes a video game entertaining is different from what makes a movie entertaining. I wanted that character development that Uthaug knew enough to try to give me but not enough to deliver.

Dominic West starred as Richard Croft. Walton Goggins starred as Mathias Vogel, the main antagonist. I always like Goggins in villain roles. Next to Croft, his Vogel was the movie’s most interesting and believable character. But like Croft, the character wanted more development. Daniel Wu played Lu Ren, Lara’s cohort. Kristin Scott Thomas played Ana Miller, a friend and business associate of the Croft family. There were no misstep in the acting. Everyone on screen did a good job, but no performances stands out as great. I’ll give Vikander the best actor award, because she had the most challenging role and she delivered. In fact, I think she had more to offer us, but Uthaug held her back.

I suspect come next winter, Tomb Raider will be playing on Netflix Instant Play. There will be a long night when storms keep you inside, and when you find yourself wondering how to spend the next two hours. Watching Tomb Raider wouldn’t be a bad choice. There’s nothing to hate about it (except the music), and there are somethings to appreciate. If filmmaking was college, Tomb Raider feels like a project assigned sophomore year. Its grade? High C, low B. Somewhere around there. It’s good but not great, competent but not memorable, worth your time but not worth your money.