Movie Review: The Legend of Hercules 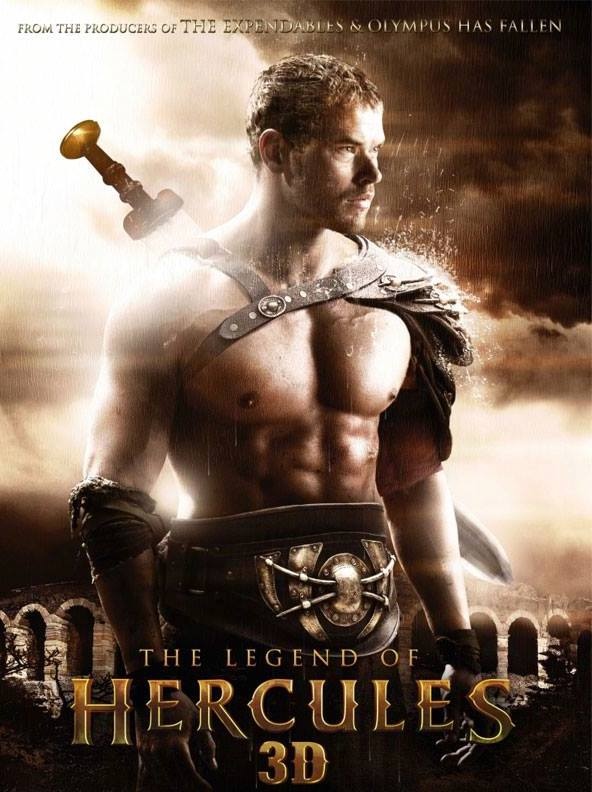 Lest anyone believe I was naive, when I went to The Legend of Hercules, I wasn't expecting a great movie. I doubt that I was expecting a good movie. From the trailers I saw, I could tell that Renny Harlin suffered from mixed ideas about how to film this legendary story. Should a filmmaker shoot it as an historical drama? Or as a fantasy? I believe when dealing with prehistorical legends, like the story of Hercules, those are the two natural options a writer or filmmaker has. Since Harlin refused to make that fundamental decision, he struggled to tell the story in both styles, and that forced us viewers to struggle through a muddle rendition of this classic tale.

In fairness to the filmmakers, the legend of Hercules is not easy to pin down. To the ancient Greeks, Heracles (to spell the name the Greek way) became a do-all superhero. Since the legend was conveyed through oral traditions for centuries before it was set to writing, every Greek city had different twists and turns to his story. He was the son of Zeus by the mortal woman Alcmeme. He married Megara, but driven mad by Hera, Zeus' wife who hated Heracles, he murdered their children. Seeking redemption for this crime, he went on a quest in which he performed his Twelve Labors. I imagine the screenwriters spent an hour learning these facts and then decided, “Let's don't write that.”

Instead they decided to write about forbidden love. Hercules (returning to the Roman spelling the filmmakers chose) and Hebe love each other, but King Amphitryon of Tiryns, Hercules' step-father, is forcing her into a diplomatic marriage with his biological son, Iphicles. When Amphitryon learned of Hercules' affair with Hebe, the king sent the hero into a war in Egypt with the expectations that Hercules would die in battle. Meanwhile Iphicles and Hebe will marry in three moons. Hercules, having escaping certain death, struggles to make his way back to Tiryns to stop the wedding, claim the bride as his, and lead a rebellion against Amphitryon.

One word describes why the The Legend of Hercules fails as a historical drama–anachronism. It's the bane of historical novelists, who are constantly fact checking the epoch of their writing and the historical events they are recreating. Filmmakers who are serious about recreating a moment in time hire historical experts and research teams, but there was no evidence that this effort was made in Hercules. The subtitle at the beginning of the movie announced these events were taking place circa 1200 B.C. That placed Hercules in Mycenaean Greece. Though the set designers did a wonderful job of recreating Tiryns (the sets were the best feature of the movie), the film contained so many anachronisms that the effect was spoiled.

In an opening scene, we see cavalry charging a city, Argos. Men rode horses in 1200 B.C., on the Eurasian Steppes and in Assyria, but not in Mycenaean Greece. The soldiers wore Corinthian helmets and fought in Hoplite phalanxes, both innovations of a later era. In early dialogue, we learn that Amphitryon had conquered Egypt by taking Cairo, a city that wasn't founded until the 10th century A.D. The most blatant anachronism was the Roman-styled gladiatorial contests. Rome, if it existed at all, was nothing more than a hamlet on a hill, and Livy, the Roman historian, believed the first gladiatorial contests were held in 310 B.C.

These anachronisms are not minor details; they were integral to the plot of the movie. They yanked the viewer out of the movie spell, making it impossible to “believe” what was happening on the screen. We go to movies to believe; for ninety minutes, two hours, how ever long the movie is, we want to lose ourselves to the story. These anachronisms made that impossile.

A lack of imagination ruined Hercules as fantasy. In fantasy, monsters exist, and magic and supernatural elements act within the plot. The closest thing to a monster in this movie is the Nemean Lion, which Hercules battles, but the lion looks too much like an oversized Africa lion to incite the imagination. The goddess Hera appears in two scenes, but no dramatic special effects accompanied these supernatual visitations. Zeus never takes a bodily form, not even when impregnating Alcmeme or granting Hercules his power. The King of Gods appears as gathering storm clouds, which makes him appear more like God of Abraham rather than the God of the Greeks.

What magic that existed in this movie existed within the last thirty minutes. It existed in only a couple scenes, which made the fantasy elements feel like an afterthought, something the filmmakers created in post production. Why did they bother? To the Greeks, Hercules, though a son of a god, lacked magical powers. His one divine gift was great strength. For most of the movie, that was Hercules' advantage. It was only during the climax that the filmmakers gave Hercules god-like powers. It would've played better if it were strength rather than magic that won the battle between Hercules and Amphitryon's mercenaries.

As I said, I didn't go to this movie expecting it to be good. Since I am interested in the Greeks, and since I love stories that strive to bring legends to life, I felt compelled, dispite my reservations, to see The Legend of Hercules. I wasn't expecting a great movie, or even a good movie, but I was hoping for a fair movie. It wasn't even fair. It was BAD. BAD in such a way that all three letters deserves capitalizing.