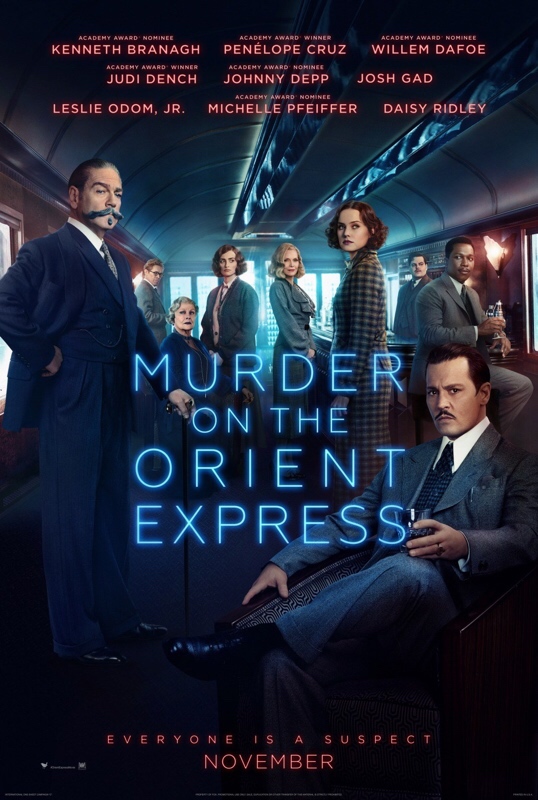 My movie reviews tend to come in three flavors: positive, negative, and neutral. Or in hand symbols: thumbs-up, thumbs-down, or the ambivalent hand wiggle people do to show something is so-so. I’ll give Murder on the Orient Express that hand wiggle to show that it’s so-so, but unlike my other neutral reviews, I have very positive things to say about it. I also have some very negative things to say. Nothing is neutral about this movie, but the positive and the negative cancel themselves out, so I’m left with a neutral review.

I was looking forward to this movie. In terms of his career, Kenneth Branagh, who directed the movie and who starred in it as Hercule Poirot, is one of my favorite filmmakers. I’ve been a fan of his since Henry V (1989), my favorite film adaptation of a Shakespeare play. It’s a photo-finish, though, with his version of Hamlet (1996). He directed the original Thor (2011), the simplest in terms of character and plot developments, but after you remove the glitter-and-glitz of the two sequels, I think it’s the best of the three. As an actor, I loved his television portrayal of Kurt Wallander, a Swedish detective, and his contribution to the Harry Potter series as Gilderoy Lockhart was charming and comical. True I never felt the need to see Mary Shelley’s Frankenstein (1994) a second time, but as the star, he did an excellent job capturing Dr. Frankenstein emotional turmoil. His Dead Again (1991) was a misfire, but one of the few in a long and productive career. Since his past adaptations were great, he seemed the right choice to helm this adaptation of Agatha’s Christie’s novel.

The Orient Express is a famous train route that runs from Istanbul to Paris. Though Hercule Poirot wanted to spend a few days in Istanbul to see the sights (who wouldn’t?), when he’s summoned back to London for an important case, he boarded the train that night. The route led through high mountains. One night, a snow avalanche blocked the tracks, bringing the train to a halt. As if that wasn’t bad enough luck, one passenger, Edward Ratchett, was murdered. As the only detective on the train, Poirot must determine which of the passengers committed the bloody deed. It’s the classic whodunit mystery, with such classic elements as a celebrity detective, an isolated location, and with a handful of suspects. It was no mystery to me. In 1974, my father–a big Agatha Christie fan–took me to the version starring Albert Finney as Poirot, and since then, I had read the book twice. Since I knew the solution to the mystery, I wasn’t expecting to be surprised by it, but I was looking to be entertained. The movie was entertaining, but as I said in my lead, Murder on the Orient Express deserves both positive and negative reviews.

Let me begin with the negative. The screenplay, written by Michael Green, strives to be faithful to the novel, but when it veered away from its source, it did so in cringeworthy ways. There was several times during the movie when I thought: This isn’t Hercule Poirot! The isn’t an Agatha Christie mystery! They had lost the charm of the book! The charm in the book was the interviews with the witnesses. Poirot had to interview the passengers, and one-by-one, they were brought into the dining car. That was the driving structure of the plot, and it’s what makes a Christie novel interesting and fun. The movie had some interviews, but most were montaged into snippets. It felt very disjointed and unsatisfying. 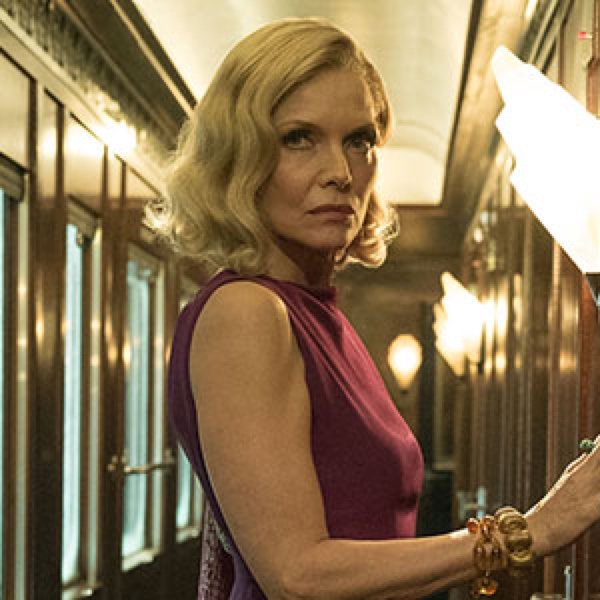 In another successful element the book–successfully captured in the 1974 film–is the claustrophobic atmosphere of the train. Everyone hears every noise. There are narrow passages to walk, cramp quarters to share, and the unbearable sense of being boxed in. As someone who loves traveling by train, I can tell you that you don’t feel boxed in while the train is in motion, but once the train stops at a station, you want to get out, stretch your legs, and take in the air. Branagh and the other actors must’ve felt the same need, because they filmed as many scenes off train as on it. This include some action scenes. Yes, I said action scenes. Poirot is many things, but an action hero isn’t one them. I think Branagh and Green felt the need to spice things up to reach a broader audience, but there was not enough action scenes to please the action junkie, and way too much action for Christie’s parlor room detective.

My father would’ve hated it! And perhaps I saw Murder on the Orient Express through his eyes, because these scenes felt wrong to me. Distracting! They drew me out of the story and made me self-conscious that I was watching a less-than-faithful adaptation. That’s unfortunate, because in many other ways, the movie was great.

Let that be my segue into the positive review. Murder on the Orient Express is a period piece, and I loved the way the filmmakers transported us back in time to the 1930s. Everything from the stilted manners, to the costumes, to the train decor felt right. It was very convincing. In one shot, they had a waiter on the train measure with a stick the placement of silverware and plates on a table. It’s the type of detail that pulls you into the story and keeps you there. The filmmakers were as exacting as that waiter.

Haris Zambarloukos acted as cinematography, and this is one of those movies where the photography deserves notice. Perhaps he had it easy, photography high in the mountains. How do you take a bad picture of snowcapped mountains? But there were tricker shots for him to take, namely inside the train. Though the film failed to maintain the claustrophobic atmosphere of the book, they managed in several scenes to capture it. Zambarloukos’ photography can be credited with those successes. 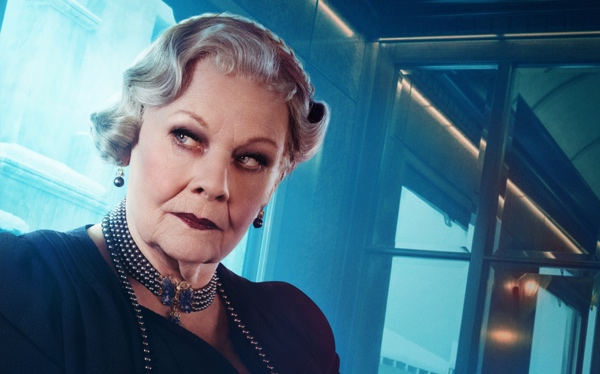 But the most entertaining feature of the movie was the acting. Branagh was excellent at Poirot. Before seeing the movie, I worried about that. He added a few flourish to make this character his own. Poirot has high standards. He’s exactly the type of person who would travel on a train where the waiters uses a stick to measure the alignment of silverware. That has been true of all film adaptations of him I’ve seen–Alberts Finney, Peter Ustinov, and David Suchet, from the the television series Agatha Christie’s Poirot. But unique to Branagh’s Poirot is self-awareness. He knows others might find him odd, and even accepts this with self-depreciating humor. Branagh managed to bring that off without undermining the character. No small feat!

It’s always fun seeing Judi Dench on screen. I first saw her in the British sitcom As Time Goes By and re-met her as M in recent James Bond movies. In Murder on the Orient Express she plays Princess Dragomiroff. Dench has just the right air of superiority to pull of royalty. Johnny Depp plays Samuel Ratchett, the murdered man, and Leslie Odom, Jr. plays Dr. Arbuthnot. It’s an interesting decision to cast a black actor in this role, but it allowed the filmmakers to strengthen the racial themes that existed in the novel. Daisy Ridley plays Mary Debenham, and William DeFoe gave us Gerhard Hardman. There are far more actors than I can named, and they all performed with excellence. My one complaint about the acting is there was not enough screen time for anyone to really shine. So many great actors; so little for them to do!

Besides Branagh as Poirot, of course, and one other exception to that complaint is Michelle Pfeiffer as Caroline Hubbard. After years of not seeing Pfeiffer in anything, this is the second film this year where I saw her. The first was Mother!. An unfortunate, sexists reality, I know, but women in Hollywood often seem to have two careers–the first career of the young love interest, and a later career where they are given deeper, more meaningful, and more challenging roles. Pfeiffer is entering that second career. Perhaps she’s been in it for some time, but I’m only now discovering it. Even in that early career, in such roles as Susie Diamond in The Fabulous Baker Boys (1989), Katya in The Russia House (1990), and Selina Kyle/Catwoman in Batman Returns (1992), she had shown us her skill and range as an actor. Now she’s given roles that again helps her flex those dramatic muscles. Her Caroline Hubbard was spot on. She’s arguably the most complex character in the film, and Pfeiffer gave an histrionic but convincing performance. That tone looked overblown to me in the previews, but now that I know more about Pfeiffer’s Hubbard, I appreciate it as a precise performance. For that reason, I award her best actor.

Murder on the Orient Express is an actor’s film. The primary reason to see it is to enjoy the performances of the great actors in it. Those performances exist, but, alas, not enough to sate our hunger. With a couple exceptions, they are appetizers rather than entrées. So much better it would’ve been if the filmmakers followed Christies’ structure and focus on the interrogations. Along with being more faithful to the book, it would’ve given every actor more screen time.

Readers of this blog know I tend to classified movies as those you should see at the theater and those that’s good for home viewing. I think you should see Murder on the Orient Express and will be entertained by it, but I think it’s a safe movie to wait for home viewing. But since this is an ambivalent review, let me also add that if you’re unfamiliar with the story, if you’ve never read the book or seen the 1974 movie, if you have no idea who murdered Edward Ratchett or why, then this might be a good movie to watch in the theaters. If it’s really is a whodunit mystery for you, then there will be surprises and thrills to see. 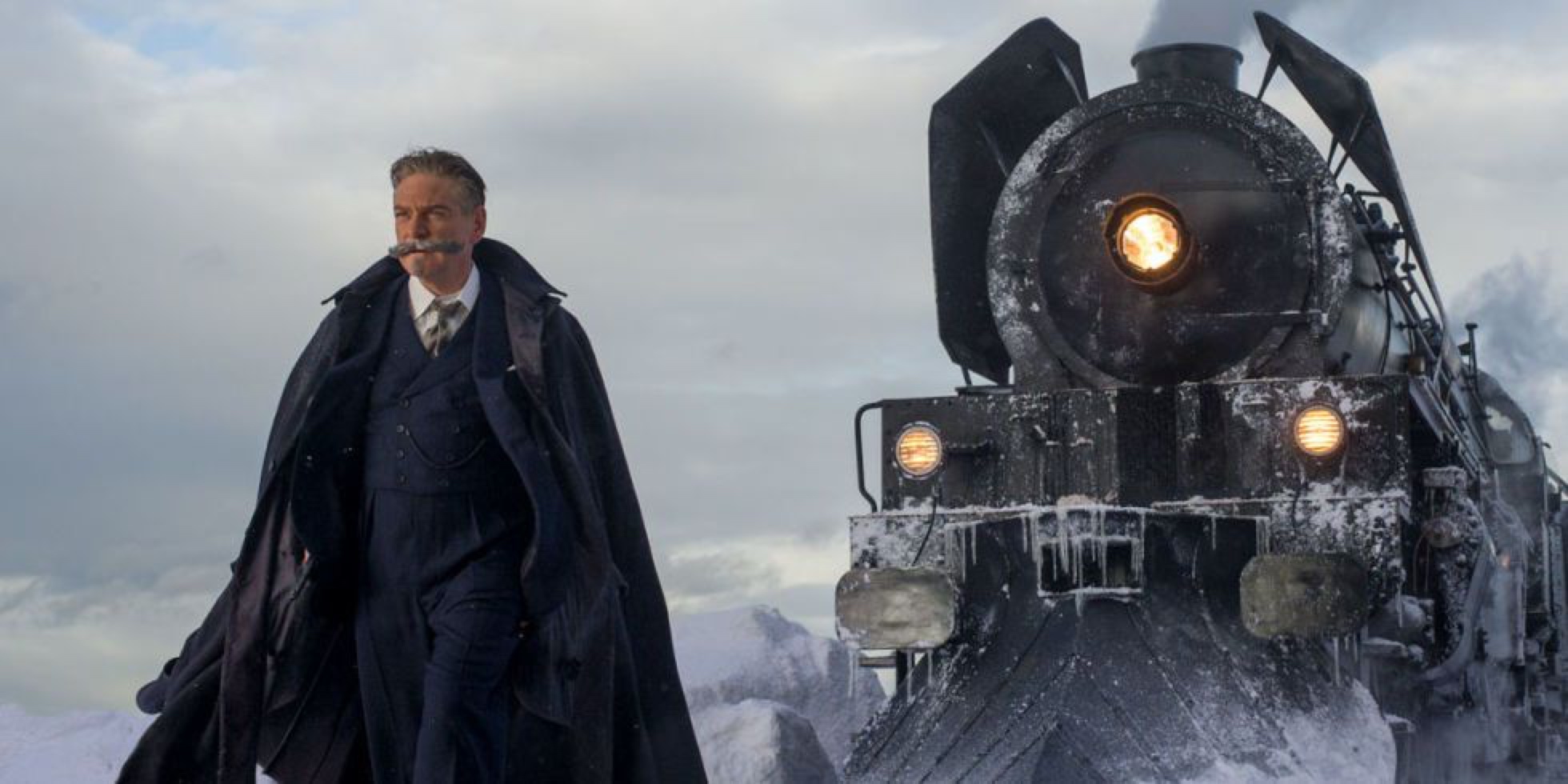