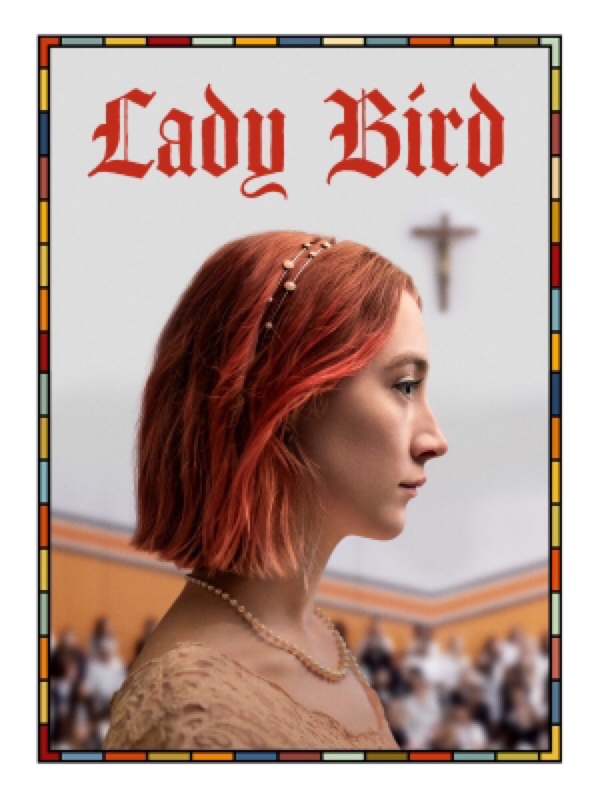 Since this is the third week in a roll when my choice of movie is an Oscar contender for Best Picture, the reader would be forgiven if he or she thought I was surveying Oscar nominees. I assure you I have no such desire or intention. Since the Oscars are the most anticipated and watched awards show in the United States, they are impossible to avoid, but I had learned decades ago that that statuette and I have different tastes. I meant to watch Lady Bird in November, when it first appeared in theaters, but other plans interfered. Being nominated for the Oscars brought it back to town, and this time, I made it a point of seeing it. I found it an enjoyable film, balanced between comedy and drama, and though I think it’s a more accessible movie than the other two Oscars contenders I saw–The Post and Phantom Thread–Lady Bird doesn’t live up to their caliber.

Saoirse Ronan stars at Christine “Lady Bird” McPherson. She’s a high school student that suffers from the same teenage angst as all high school students. She argues with her mother, bickers with her brother, struggles with her friends, and searches for the right boyfriend. Living in Sacramento, she’s bored with life there and dreams of college on the East Coast. As a coming-of-age story, Lady Bird reminds me The Perks of Being a Wallflower–both the novel and its movie adaptation–because they share themes, structure, and plot developments. As Perks follows Charlie through his first year of high school, Lady Bird follows Lady Bird through her senior year. As Charlie struggles with making new friends, Lady Bird struggles with joining the cool clique. As Charlie deals with his unrequited love for Sam, Lady Bird deals with her mother’s controlling nature. These similarities make Lady Bird feel familiar but not stale. It’s a fresh take on a familiar story.

Since coming-of-age stories are familiar, since they share plot points and themes, the only hope for one to achieve distinction lies in the character development. Lady Bird is unique. She offers a quirky perspective that is sometimes sad, sometimes light-hearted, sometimes self-degrading, and sometimes full of social commentary. There’s a lot of social commentary in Lady Bird, because she’s comes from a middle-class family, but her parents send her to a private school where her fellow students are wealthy. This commentary, though ever present, is never thrown in your face. We feel it in subtle ways, like when Lady Bird and her best friend, Julie (Beanie Feldstein), stand out a large house and dream what it’s like to live there. It contributes to Lady Bird’s every present discontent. 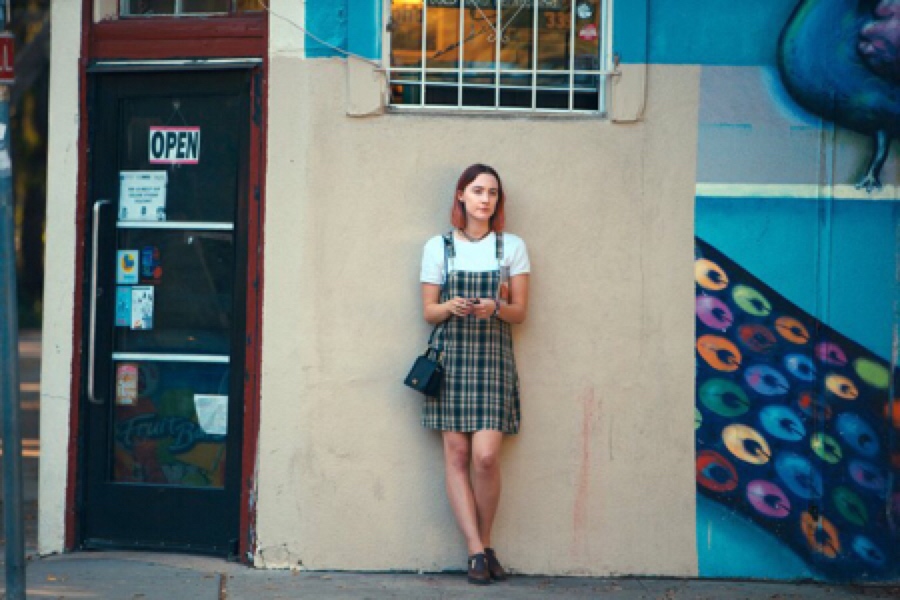 Ronan portrays that discontented soul well, and for that I award her best actor. Laurie Metcalf did an excellent job as Marion McPherson, Lady Bird’s mother, and Tracy Letts gave us a compassionate, easy-going Larry McPherson, her father. He’s the father we all want, but being lenient, he’s the father no one needs. I like Beanie Feldstein as Julie, the friend Lady Bird has, and I like Odeya Rush as Jenna, the friend Lady Bird wants. But of her peers, Timothée Chalamet’s as Kyle is the most interesting. Though they all gave convincing performances, Ronan made the movie the charming ditty it was.

Greta Gerwig wrote and directed Lady Bird. She’s an actress who had also written, and she had co-directed Nights and Weekends (2008) with Joe Swanberg. Lady Bird is her first film as a solo director. The main plot is the conflict Lady Bird has with her mother. It is also the most dramatic conflict in the film. But I fear too many subplots diluted and distracted from it, preventing it from developing the complexity it deserved. That is my chief complaint against Lady Bird. All the subplots were realistic; they were the type of conflicts teenagers suffer. But all of them felt rushed, underdeveloped, affected. Though I love filmmakers creating their own stories rather than adopting from novels, there are times when I wish there was a novel to read. This is one of those times. The plots and subplots were interesting and important, but they deserved more development than the film could provide them. At the end, when Lady Bird’s arc came to fruition, it failed to give the emotional impact I craved.

Lady Bird deserves to be seen. It works both as a drama and a comedy, though it has more drama than humor. It’s a coming-of-age story told through the eyes of a quirky personality. Saoirse Ronan’s portrayal of Lady Bird is the chief reason for seeing the movie, but Laurie Metcalf as the mother gives us a second good reason to watch it. The themes have been done before, and the main plot deserved more development, but it’s an entertaining movie to watch. Best Picture? I don’t think so. But still a good one. 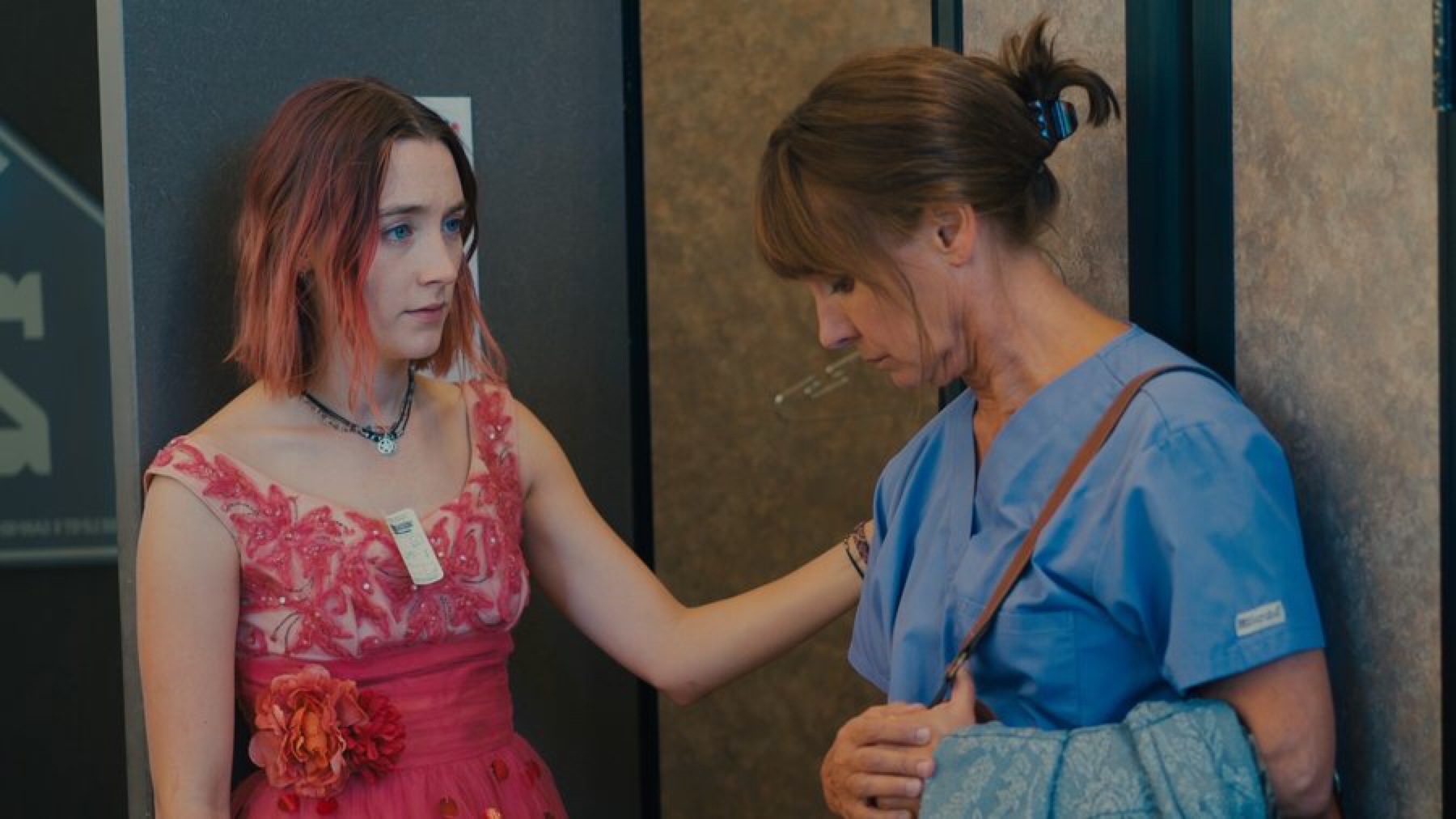