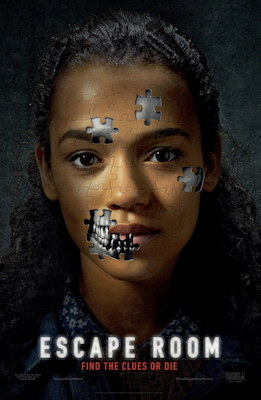 During the double-digit inflation of the 1970s, every supermarket began offering generic food items. They were cheaper than brandnames and helped family budgets make it from one payday to the next. They were packaged in pure white containers with large black letters telling the shoppers what’s contained inside. A can of peas would read PEAS; a loaf of bread, BREAD. Etc. Of course, generic foods remain, but now they tend to come with the store brand names on them. I’m writing about generic groceries because I believe you could take Escape Room, wrap it in a white package, and label it FILM. Maybe you would be tempted to call it SCARY FILM or THRILLER, but it does little to justify such qualifications, so I think FILM is the proper label.

Escape Room is a generic film. Technically, there’s nothing wrong with it. It has an interesting premise that the filmmakers developed into a competent plot. It had unique characters who were well represented by the actors who played them. The cinematographer, Marc Spicer, did his job, as did everyone working behind the scenes. Adam Robitel, the director, is new on the filmmaking scene, but he’s cut his teeth on such movies as The Taking of Deborah Logan (2014) and Incidious: The Last Key (2018). This is a case where the parts worked together to create a machine that was fun to watch but did nothing unique.

That disappoint me, because I was excited to see Escape Room. One of its stars, Deborah Ann Woll, played Karen Page in Marvel’s Daredevil series on Netflix. Karen and her arc are among my favorite elements in this show, and Woll’s performance often gave the show the perfect pathos. She’s the most emotional character, testing Woll’s skill at emoting, a test she always passed. Since I haven’t seen her in any other movies, I thought this would be my introduction to her as a film star. In Escape Room, she plays Amanda Harper, a soldier who had survived combat with both physical and emotional scars. It made her the most interesting character. It also made her the most physical character. She gave us the only nail-biting scene in the movie, and for that reason I’m awarding her best actor. 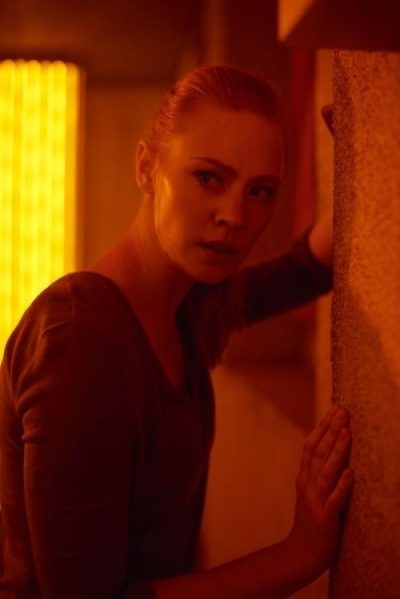 As interesting as Amanda Harper was, she wasn’t that protagonist. That role belongs to Zoey Davies, played by Taylor Russell. She’s a student whose tragic flaw is an unwillingness to raise her hand in class, even though she knows the answer. When you compare this flaw to the survivor’s guilt suffered by Amanda, we find a hint about why this movie felt a little off. I mean, who cares if she answers the professor’s questions? It’s a nice set-up, perhaps, for the female protagonist of a Rom Com, or maybe for a coming-of-age drama, but it did nothing to endear to her as the protagonist in Escape Room. I found myself not caring whether she lives or dies.

And that’s the flaw of the other characters. They were people in a situation where most of them are going to die. It’s the Ten-Little-Indians storyline that Hollywood visits often. As morbid as it sounds, in such a movie, watching the deaths is part of the fun, but the deaths in Escape Room were uninteresting, unimaginative, and boring. With one exception, there was no suspense in these deaths. To make us care about the deaths, the filmmakers need to give us better character development or more suspense–preferably both. The climax felt thrown together. After the climax, the filmmakers seemed uncertain where they wanted to film to end. How do we set up the sequel? they asked. (So it seemed.) To answer that question, they added two epilogues, both of which felt sloppy and contrived.

Escape Room feels like a vehicle to give new talent, especially star Taylor Russell and director Adam Robitel, experience and exposure. It does that job. It takes a formulaic plot and recycles it with fresh faces to create something that is both predicable and forgettable. It’s the type of movie that’s worth the time it takes to watch it but not the money it costs to get into the theater. I imagine by Halloween, it’ll be available on Netflix Instant Play. It might be a fun movie to see then. 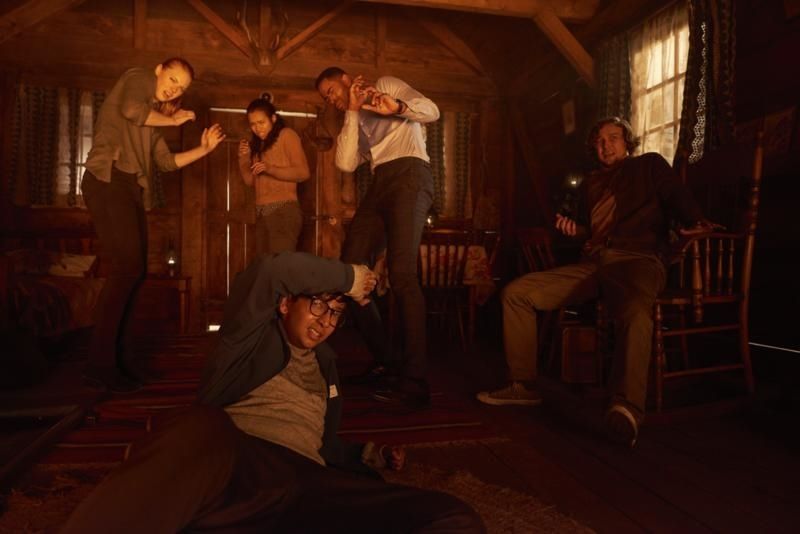