Movie Review: Cléo from 5 to 7 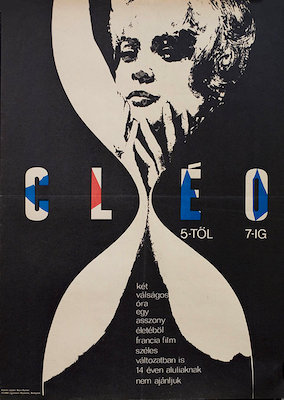 Like with any art form, film is very versatile. Over the hundred plus years of filmmaking, directors had experimented with style, substance, moods, plots, and characters. They had joined movements. They had struggled to create movies that stand out, that break away from the typical, that are more about exploring themes and fulfilling artistic visions than about mass marketing to the public. One of the more interesting movement was the French New Wave. In previous reviews on this website, I had shared my opinions about Jean-Luc Godard’s Breathless (1960) (to use its English title), but Godard was only one director of La Nouvelle Vague. Several directors contributed to the movement, including Éric Truffaut, Jean-Luc Bazin, and François Demy. Agnès Varda was a female director in the movement. In 1961, she gave us Cléo from 5 to 7.

I love Hollywood movies–as every reader to this blog knows–but since they are movies produced for commercial success, movies intended to appeal to large audiences and the general population, they suffer from similar in style, editing, theme, and even substance. Going to these movies is one of my comfort zones. As we all know, it’s important to have comfort zones, but it’s equally important to break out of them from time-to-time. When the Olympia Film Society was showing Cléo from 5 to 7, since I was downtown anyway for my day at the library, I decided to see it.

Founded in 1980, The Olympia Film Society is a nonprofit, volunteer-run organization that focuses on–you guessed it–films. It started when a group of cinephiles gathered to rent films, but it had grown to an organization of over 2,000 members. Since they’re nonprofit, they select films of artistic and historical value rather than commercial success. Each year, they host the Olympia Film Festival.

They’re housed in the Capitol Theater. There was a time when movie theaters were works of art in their own right. Built in 1924, the Capitol Theater characterizes the time. This was when studios owned the theaters, and the studio heads wanted their venues to be luxurious. They wanted a night at the movies to be the luxurious event that even the poor could afford to experience. Though not the most spectacular theater of the period I had visited, the Capitol Theater serves to remind me of the beautiful architecture, the Art Deco details, and the plush seating that used to define a night at the theater. Above my seat was a dome lighting constructed of stained glass.

Since I’ve moved to Olympia in 2000, and since I love arthouse theaters, it’s surprising that I never visited the Film Society before. I’ve made several plans, even selected the movies I wanted to see and scheduled the time on my calendar, but unexpected events always intervened. Not this time. I left the library at 3, ate dinner at a downtown restaurant, and then headed to the theater. I felt proud of the plan well executed. Just being in the theater was a treat I gave myself.

Cléo is a singer, young, beautiful, talented, but ill. Pain in the stomach makes her fear the worst–cancer–and a visit to a fortuneteller, where the Death card appeared, heightens that fear. But she has to wait two hours before she can talk to the doctor about the results of her biopsy. Cléo from 5 to 7 chronicles those two hours. She spends it with her maid, Angèle, her songwriters, Bob and Maurice, and her friend, Dorothée. She converses about the nature of life and death and frets over her mortality. Her mood swings between happiness and despair, between acceptance and anger, between self-absorption and perception.

Ugliness is a kind of death. As long as I’ m beautiful, I’m even more alive than the others.

The French New Wave is a response, even a protest, against the practiced look of Hollywood films. Directors broke away from Hollywood conventions. They hired untrained actors to star in their films. They left the sound stage and filmed in the streets. They were less concerned about plots and character development than they were about theme and style. Handheld cameras and natural light characterize the photography. Varda displays these traits in Cléo from 5 to 7. Though Cléo and other characters are fully developed characters, the plot is loose. There is an arc, from the fortuneteller’s reading at the beginning to the interview with the doctor at the end, but the plot is subjugated to style and theme. 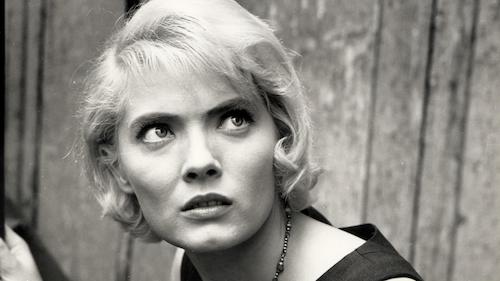 Corinne Marchand plays Cléo. At first, during a crying scene that felt unconvincing, I worried about her talent, but as the movie played, I warmed to her. Cléo suffers shifting pathos, and Marchand emoted them perfectly. She achieved subtle nuances of expression that telegraphed those emotions. I was never in doubt of what she was feeling. Though Cléo from 5 to 7 isn’t a musical, since she’s a singer, she sang a couple songs during the movie. They are my favorite moments. While meeting with her songwriters, she sang a new song, a sad song about life and death. Since it reminded her of her illness, she sang it in a slow, deep, troubling voice. But later, as she walked through a park by herself, she descends a staircase and sings a happy song. It was a flirtatious song, a celebration of herself and her beauty.

Other actors include Dominique Davray as Angèle, Dorothée Blanck as Dorothée, and Antoine Bouseiller as Antoine. All did an excellent job, but Corinne Marchand deserves my award for best actor. Along with directing Cléo from 5 to 7, Agnès Varda wrote the screenplay. Jean Rabier, Alain Levent, and Paul Bonis were the cinematographers. Michel Legrand wrote the music.

Since I saw it at the Capitol Theater, I can’t separate Cléo from 5 to 7 from the venue. The theater enhanced the movie; the movie enhanced the venue. They blended together to create an experience that was unique and outside my comfort zone. Please don’t think that means I felt uncomfortable. I loved it. If you get a chance to see Cléo from 5 to 7 at an arthouse theater, at a vintage theater, take it. But the film’s worth seeing, even if its on DVD or via a streaming service. 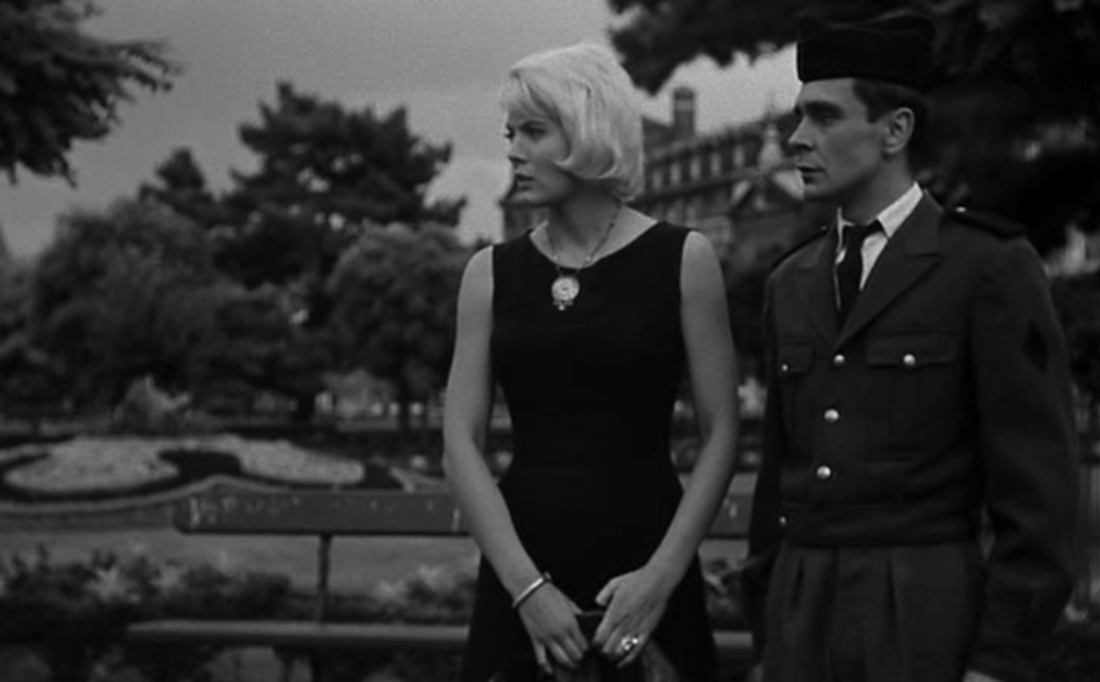