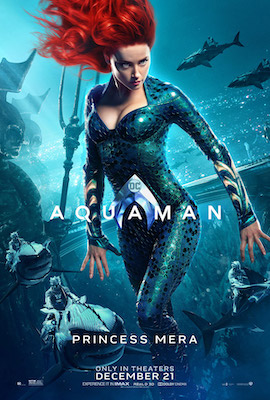 If you want one phrase to describe that opinion, that phase is mixed feelings. Aquaman is neither a great watch nor a terrible one. It has its strengths, but they are counterbalanced by its weaknesses. Its biggest strength is an action sequence towards the middle of the film. Set in Sicily, Aquaman fights Black Manta, and in a parallel fight, his female companion, Mera, fights Atlantan special forces. Big budget action films, from the Star Wars franchise to these superhero movies, often give us multiple fights to watch simultaneously, cutting back and forth between them, but the way Aquaman approached that situation was both innovated and beautiful. I loved it! My eyes teared because it was so beautiful and exciting. I wanted to feel that way for the rest of the movie.

Unfortunately, the movie’s biggest weakness was all other action set-pieces. They were confusing, poorly paced, and ladened with CGI. I found myself bored during most of them. I heard myself sighing in discontent. I wonder about that. How can I watch Guardians of the Galaxy multiple times, a movie just as laden with CGI, and still love it? Yet I can’t sit through one showing of Aquaman without rolling my eyes and hating that CGI was ever invented?

The answer to this contradiction lies in storytelling. Guardians of the Galaxy and other great CGI-laden movies tell great stories. They have interesting plots and compelling characters that keep us engaged even when the CGI takes over. CGI should never carry the story, nor be the purpose behind a movie, but lately, filmmakers have been handing us a set of duds, because they overuse CGI or use it to compensate for weaknesses of character development or plotting. I’m thinking of 2017’s Valerian and the City of a Thousand Planets and 2018’s Mortal Engines. Aquaman isn’t as bad at either of those movies, but it does use CGI to prop up weak elements in its plot. 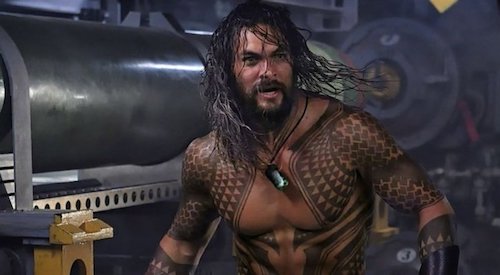 The main plot involved a royal succession crisis. When the king of Atlantis dies, his son Orm rises to the throne. But Mera believes that Arthur Curry, a.k.a. Aquaman, Orm’s half-brother and Atlanna’s first born son, should be king. Orm’s ambitions frightens her, so she confronts Arthur to convince him to challenge Orm. This plot felt derivative of Black Panther (2018). And Mera’s magical powers reminded me of Marvel’s Scarlet Witch. With the main plot being derivative, I found myself more interested in the quest subplot, as Mera and Arthur seek Titan’s trident. Even as I sat in the theater, forming that first opinion, I found myself wishing this quest was the main plot. Now, as I write my critical opinion, I still hold to that idea. The quest should’ve been the main plot.

I didn’t love any of these characters, not even Arthur Curry. At one point, he described himself as a blunt instrument, and I thought, Yes, that’s what you are. It makes Aquaman a good side hero in an ensemble movie like Justice League (2017), but it doesn’t give him enough depth to carry a full movie. It should’ve been the purpose of Aquaman to give him that depth, but it failed. Jason Momoa played the character well. He found the right pathos in many scenes, but the screenplay didn’t give him enough of those scenes to make it work. My award for best actor goes to Jason Momoa, because he found the depth of character that the screenwriters failed to create.

I question Amber Heard as Mera. Someone had to play that role, so why not her? But often her delivering sounded wooden. Other times, perfect. Her performance was uneven, as was her chemistry with Momoa. In these superhero movies, romantic subplots often feel shoehorned in, and the romance between Arthur and Mera is no exception. I hate the Hollywood convention that insists on the leading male and female characters become a couple just became the plot throws them into the same situation. You need chemistry to make that work, and there wasn’t enough chemistry between Heard and Momoa. I don’t blame them; I blame that Hollywood convention.

I enjoyed William Defoe was Nuidis Vulko and Nicole Kidman as Atlanna. Patrick Wilson played Orm, and he did such a good job that I considered awarding him best actor. Once again, I felt the screenwriters failed to develop the character, so Wilson made good use with what he was given.

The screenwriters were David Leslie Johson-McGoldrick and Will Beall. James Wan, who gave us the Saw franchise, directed Aquaman. The cinematographer was Don Burgess. Good choice him. It was his camerawork that made that action set-piece in Sicily work so well. Aquaman is a beautiful movie. Not for the first time, I say the photography and other visual effects are the chief reasons to see the movie in the theater.

Yet my recommendation, like this review, is mixed. Aquaman has its selling points, but I doubt they’re strong enough for the average buyer. From Man of Steel (2013) to Justice League, people hate on the DCEU, but my opinions of these movies are more nuanced. They’re not the best of the best, but they tend to be good enough to justify their ticket price. Aquaman justifies its ticket price, but it’s probably not your best choice in movies this weekend.