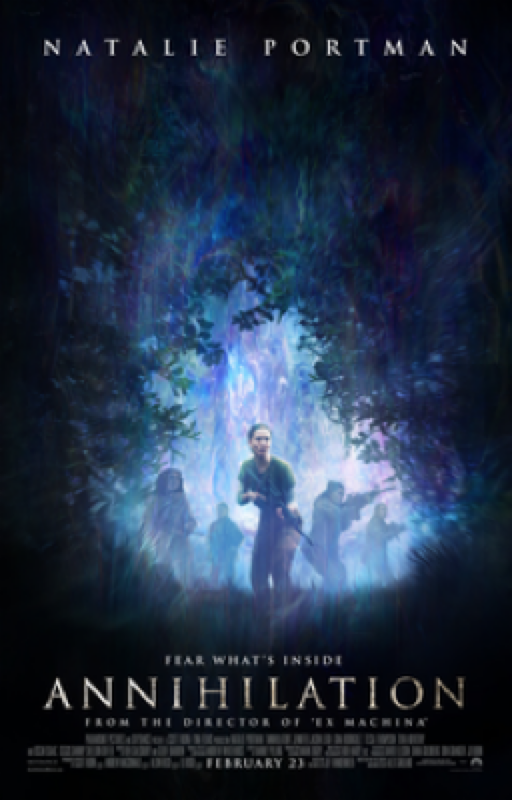 In my review of Jeff VanderMeer’s Annihilation, I said I felt reluctant to see the movie, because I didn’t want Hollywood’s images to override the images I imagined as I read it. It was an innovated novel that invoked specific visions in my mind. I worried Hollywood’s interpretation would override those, and I wanted to avoid that. But I grew curious about how Hollywood would adopt the novel to film. As time passed, that curiosity overpowered the concerns about my own imagination. Since the movie had longevity in the Olympia theater market, I decided to see it. Obviously, people were going to the film, seeing it, and telling they friends to see it. Once I saw Annihilation, I realized my concerns were unfounded.

In adapting the novel to the movie, Alex Garland, who acted as both director and screenwriter, took a loose approach. He adapted VanderMeer’s premise but not the story. If you had read the novel, as I recommended, then you know this was the sanest approach. The novel was unique in a way that wouldn’t translate well to film. So taking the premise and writing your own story was the best approach. Others, wanting a faithful adaptation, might object to this decision, but I appreciate it. It allows me to enjoy the novel as one entity and the movie as another.

After an event that caused a region to change in mysterious ways, an organization called Southern Reach began sending expeditions into the region to learn more. Though these expeditions were ill-fated, Southern Reach kept sending them, because it was essential to learn more. The “Shimmer,” as they called it, was growing, and with it, the threat to humanity. Lena’s husband, Kane, was a member of the latest mission. Though he returned, he returned changed. Wanting to know more about what happened to him, Lena, a biologist, agreed to join a mission led by Dr. Ventress. They entered the Shimmer, found a beautiful but hostile land. And the mystery deepened.

Natalia Portman stars as Lena. Oscar Isaac plays her husband, Kane. Other members of Lena’s expedition were Anya (Gina Rodriguez), Josie (Tessa Thompson), and Cass (Tuva Novotny). Jennifer Jason Leigh stars as Dr. Ventress. To her I gave the best actor award. Long has Leigh been a favorite performer of mine, from some of her early works like Fast Times at Ridgemont High (1982) to her middle career in movies like Single White Female (1992) and Delores Claiborne (1995) to more recent movies like The Machinist (2004), one of the creepiest movies ever. Her portrayal of Sadie Flood in Georgia (1995) is heartbreaking. So granting her a best actor award here is my opportunity to give her a lifetime achievement award. Not to say she doesn’t deserve it for Annihilation. As Dr. Ventress, she plays a psychologist and the expedition leader, who has her own agenda. She was the most interesting and memorable character, and she delivered the most memorable lines in the film.

But the most memorable features were the visual effects. Inside the Shimmer is a world familiar but changed. Andrew Whitehurst headed the visual effects team. I knew I was watching CGI, because many of the creatures and plants shown do not exist in life, but the effects, with rare exception, blended so well with the physical world that it looked real and believable.

Alex Garland’s Annihilation is not a home run. A few times while in the Shimmer, Lena had dreams that served as flashbacks. This is an overused device in Hollywood movies, and it never works for me. That’s not how dreams work. Or memory, for that matter. It’s especially grievous here, because the flashbacks added nothing to the character or the plot. In fact, they subtracted from her and made us question her motivations in going into the Shimmer. Was she looking for herself or that part of Kane that was lost? That would’ve been an intriguing question if they developed it. But as it stands, the flashbacks felt false, manufactured conflict, as if Garland knew he needed something but wasn’t sure what, so he gave us flashback dreams.

Those flashbacks weren’t the only narrative misstep. Garland decided to frame the main narration with an interview sequence where a Southern Reach official, played by Benedict Wong, interviewed Lena about the events in the Shimmer. Frames can be an effective storytelling device, but this frame was voiceover’s distant cousin. It’s Garland’s way of telling us he thinks we needed help understanding the plot or the characters. We needed no such help. The plot was simple, but Lena, as a protagonist, was complex. Without the interview frame, the movie might’ve ended with a few lingering questions, but unanswered questions was the beauty of VanderMeer’s novel, and I think the filmmakers would’ve made a better movie if they had followed suit.

Despite these missteps, there’s more to like in Annihilation than to dislike. It’s an enjoyable movie with an imaginative premise. If you see it, I think you’ll enjoy it. 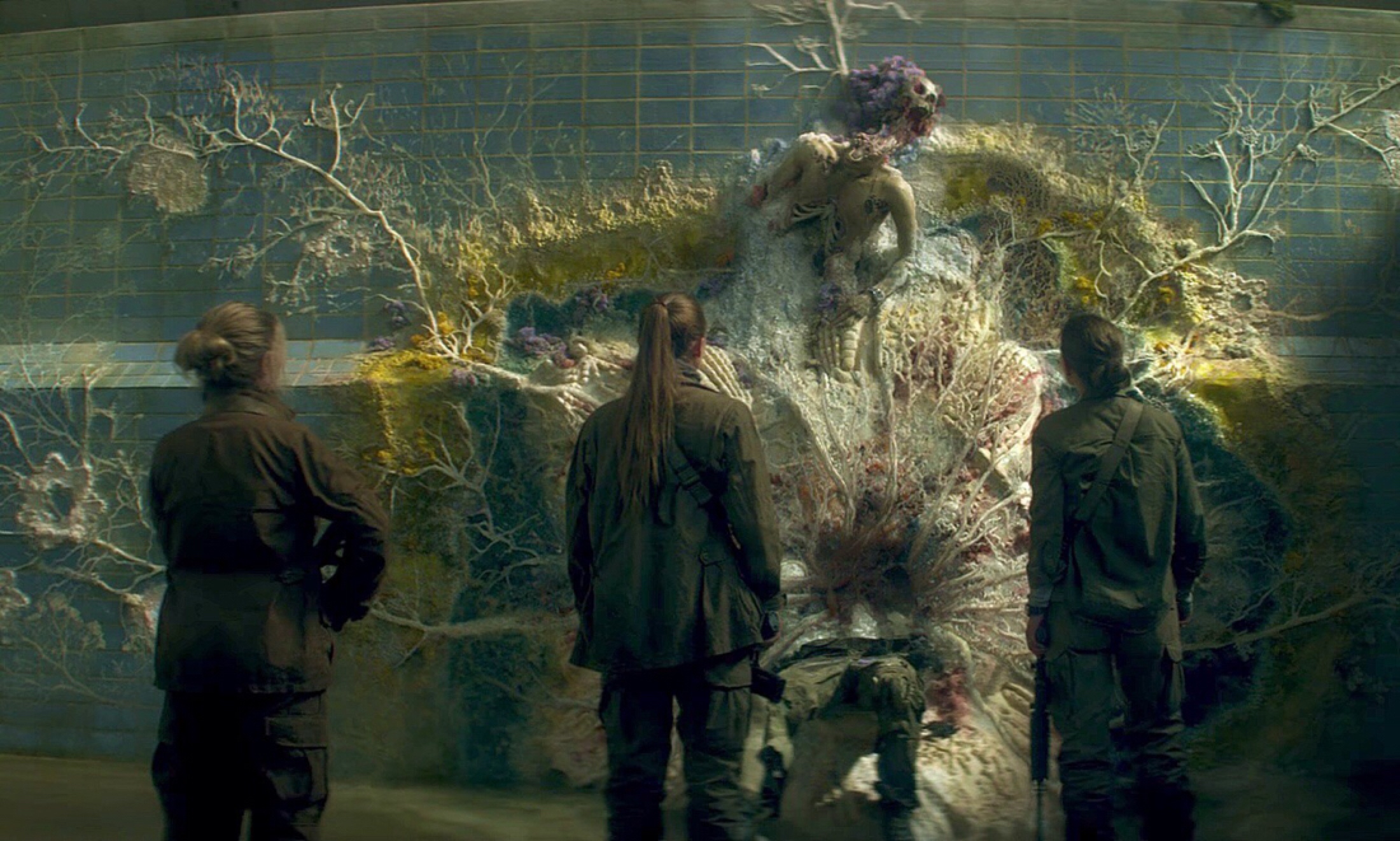