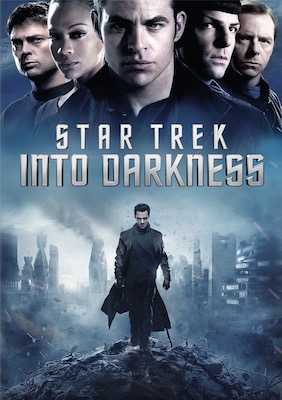 In my review of the first installment, I wrote about the great casting decisions the filmmakers made, especially in choosing Chris Pine as Captain Kirk and Zachary Quinto as Spock. Other returning cast members include Zoe Saldana as Uhura, Karl Urban as Bones, Simon Pegg as Scotty, and Bruce Greenwood as Admiral Pike. Joining this cast, which we may now think of as “the regulars,” are Peter Weller as Admiral Marcus, Alice Eve as his daughter, Dr. Carol Marcus, and Benedict Cumberbatch as Kahn, the primary antagonist.

Since comparisons with the original casts are inevitable, I believe casting decisions were some of the hardest decisions Abrams had to make. As credit to his success, the transitions from original cast to the current cast feels seamless to me. I suffer no jot, no This guy is so not Captain Kirk! Or Spock. Or Scotty. Or whoever. The cast fits. They fit my expectations of the characters based on the original series and movies, but more importantly, they fit my expectations of the characters as they are evolving for this reboot. All the performances were believable and helped create the suspension of disbelief that is an inherent part of story craft. There were times when Cumberbatch’s Kahn felt over-the-top, especially when saying his name the first time, but even that felt apt, because Kahn is a narcissist. Like all narcissists, he loves saying his name, and he’ll say it for drama.

Everything positive I had to say about Star Trek applies here. The visuals were believable and beautiful. They were exciting. There is one scene where the Enterprise is knocked out of warp space, and I thought: That’s exactly how it would look! That is the great thing about the CGI and other effects in these movies: They allow me to see events that I have never even imagined. They convinced me in the reality of warp space, teleportation, wormholes, and other phenomena that my non-scientific mind couldn’t otherwise image. One reason to read novels or watch movies is to incite the imagination, and this Star Trek reboot incites a lot of imagination.

But the element I liked most in Star Trek Into Darkness is Kirk’s character arc or his emotional journey. I usually don’t write about character arcs in these reviews, because that is hard to do without writing spoilers. But I think it is important to mention Kirk’s arc here, because, in normal storytelling formula, the third act, the climax, makes sense only by understanding that Kirk’s emotional journey isn’t the conflict with Kahn–that’s the plot. His emotional journey is the journey of learning how to be a starship commander.

The movie begins with his fall from grace. Pike took the Enterprise away from him, telling Kirk that he’s not ready for the chair because he doesn’t respect the chair. Later, towards the movie’s midpoint, in a scene with Spock, Kirk admits the same thing, that he’s not ready to be a starship commander because he doesn’t know what to do during this crisis. He only has his gut feelings. In normal storytelling formula, it should’ve been Kirk, as the protagonist, and not Spock, who confronts Kahn in the climax. But Kirk made another call. He forfeited the glory he craved in order to save the ship and its crew. He realizes that a starship commander is, above all else, self-sacrificing.

I hope I didn’t say too much to spoil the movie for you. Star Trek Into Darkness is a movie worth watching and experiencing. It is an emotional rollercoaster, both in action and drama. The third movie of the reboot, Star Trek Beyond, is now playing at the theaters. I’m excited to see it, because the first two movies were well-done and exciting. But if you haven’t seen Star Trek or Star Trek Into Darkness, I think you will do yourself a favor to see them before you see Star Trek Beyond. 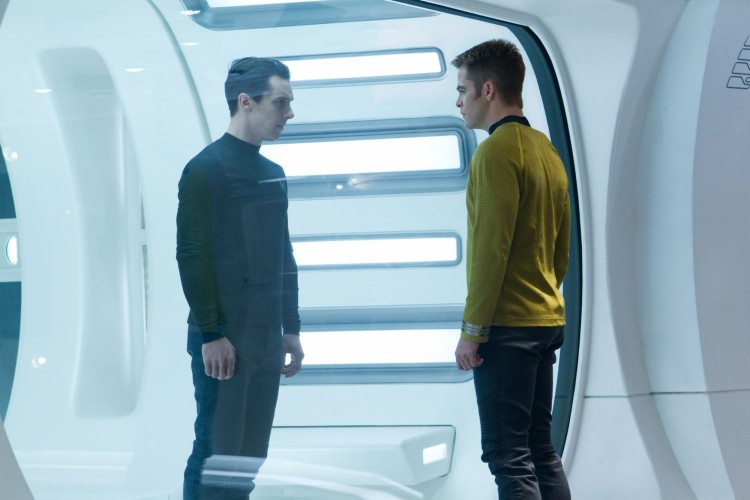