M. Night Shyamalan is back in form!

Like many people, I fell enthralled with Shyamalan with such films as The Sixth Sense (1999) and Unbreakable (2000). Though I liked Signs (2002), the movie was too spiritual for my taste, and I felt the climax resorted to a dues ex machina. After seeing The Village (2004), I scratched my head and said, “Huh?” I kept waiting for something to happen in The Happening (2008), but all I remembered about that film is that Mark Wahberg looked more confused than me. I enjoyed The Last Airbender (2010) more than many critics, but that’s probably because I wasn’t familiar with its source material, so I had no preconceived notions of what it should be. Even then, I thought it was a good movie, but not a great one. After this, I stopped going to Shyamalan’s movie. I didn’t write him off, per se, as much as I recognized he was in a slump, and I wasn’t going to waste my precious dollars while he works through that spell. I always knew he still had good movies in him, that he would return to form, and when I saw the trailer for Split, I felt the time has arrived.

When a stranger kidnapped three teenaged girls, they must puzzle out his motive, struggle to survive, and plan their escape. Matters become worst as they realized he suffered from multiple personalities. Regardless of which personality they faced, they learned that all agreed the girls were there for a purpose and was not to be freed. Split is a suspense thriller, and it delivered on the implied promises of that genre. It wasted little time introducing characters or setting up backstory before beginning the crisis. Once the crisis began, I worried about the girls’ welfare, wondered what purpose motivated their abduction, and struggled to understand the abductor’s psychology. There were twist and turns throughout the movie, tense confrontations and scenes, and a sense of approaching disaster. Shyamalan is known for the twist ending, but the ending of Split was less a twist and more a surprise. It was a satisfying ending that felt a natural consequence of the events as they played out on screen. I feel the need to say that, because in movies like The Village, I felt as if I started watching one movie and ended up watching another. But that problem doesn’t exist in Split. This is a tense and terse suspense thriller that doesn’t try to be anything but a thriller. 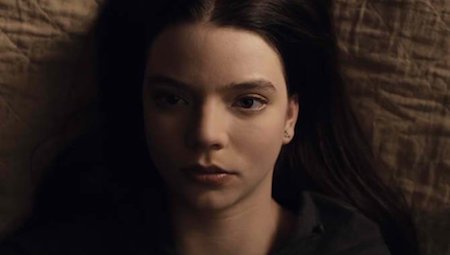 James McAvoy plays Kevin or Barry or Hegwig or whatever personality was “in the light.” Before this movie, I’ve seen McAvoy only in X-Men: First Class (2011), where he plays a young Charles Xavier, but I think I’ll play closing attention to him in the future. More than any other element, his performance made Split believable. During the movie he played—if I counted correctly—five distinct personalities as diverse as the abusive Dennis and the artistic Barry and the strict Patricia. As the 9-year-old Hedwig, he danced the exact dance that a 9-year-old would think cool. And in another scene, he changed personalities from Barry to Dennis. Using only facial expression, he conveyed the change. I found myself thinking of John Barrymore’s on-screen transformation from Dr. Jekyll to Mr. Hyde in the 1920 movie. It felt that believable and eerie. Watching it, I knew I was moving from good to evil.

Though McAvoy deserves credit for the best performance in Split, the other actors’ performances are excellent and believable. Most notably is Anya Taylor-Joy as Casey, the main protagonist. Last year, I sat Taylor-Joy in Morgan and The Witch. I enjoyed both movies, but I feared they were too obscure for the general public. With Split, I think she will move from obscurity to mainstream. Betty Buckley plays Dr. Karen Fletcher, Kevin’s therapist. Though her role was mainly exposition, she also plays a key role in the plot that helped steer the story towards its climax. 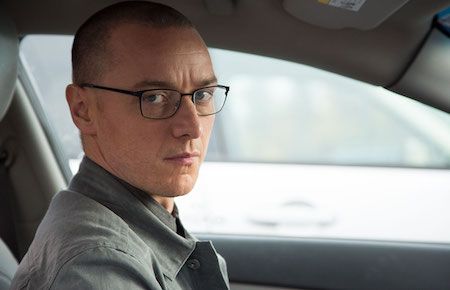 Film is storytelling in images. Shyamalan and cinematographer Mike Gioulakis framed each shot to enhance the tension and mystery. Suspense is about mood, that tense feeling inside you as you fret over the action on screen. Several times during this film, I was aware of how the shot contributed to that tension. Sometimes it was the lighting, and sometimes it was the framing, and other times it was the montage, but most often, it was all these elements working together. And working with the plot, the acting, the music, and the dialogue to keep us guessing and worried. That’s what we want from film, everything working together to create unity. Split achieves it.

Split is well worth your time and your money. Though I like big-budget spectacular science-fiction movies like Rogue One and Dr. Strange, it felt refreshing to get away from that this week and watch a movie that relied more on a solid screenplay (written by Shyamalan) and convincing performances than on CGI and other special effects. Split is a terse suspense thriller that will keep you frightened.