Movie Journal: A Cure for Wellness 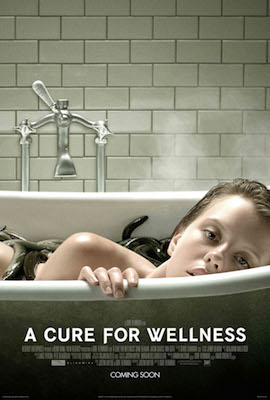 Roland Pembroke, the CEO of a Wall Street financial firm, went on vacation and never returned. Instead he sent an enigmatic letter that stated he was done living the lie and from now on he would seek his own truth. This upset the board of directors, who need Pembroke’s signature to finalize a merger and to be the fall guy in some questionable dealings that were bound to be exposed in the merger. They sent an upcoming executive, Lockhart, to Switzerland to bring the AWOL CEO home. Lockhart found Pembroke at an exclusive spa, where the patients were so contented they never wanted to leave. Instead of convincing Pembroke to return, Lockhart became a patient at the spa after a car accident broke his leg. While there he worked to solve the mystery surrounding the water and its seductive hold on the patients.

Pirates of of the Carabbean director Gore Verbinski directed A Cure of Wellness. He collaborated on the story with Justin Haythe, who wrote the screenplay. Though the story was compelling, I believed the screenplay lacked the tightness it needed. It felt longer than it needed to be to tell the story, transitions into and out of flashback scenes were poorly handled, and a few scenes felt superfluous to the plot. These are not major flaws, and they didn’t ruin my enjoyment, but they gnawed on me since seeing it. Bojan Bazelli was the cinematographer. I think the beautiful setting made his work easy, because the setting is one of the movie’s strengths. Though set in the Switzerland Alps, it was filmed at Castle Hohenzollern in Germany. But even when not filming the breathtaking landscape, Bazelli’s photography created tension between the open mountainous landscape and the sinister closed hallways and hidden rooms of the castle. I liked the way the photography used this tension to draw Lockhart and the viewer deeper into the castle and its mysteries. 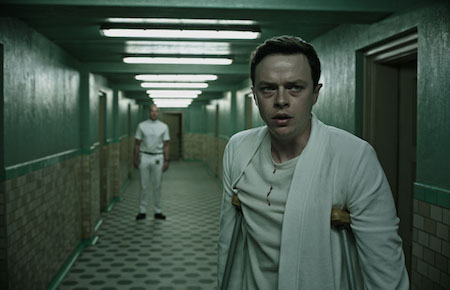 As I watched A Cure for Wellness, I found myself thinking about Thomas Mann’s The Magic Mountain and Franz Kafka’s The Castle. In truth, I’ve never read either of these works, but I know enough about both for the comparison. It’s the setting that caused me to think of The Magic Mountain, since both involved patients at a mountain-top clinic. But it was Lockhart’s plight that reminded me of The Castle. In one scene, he arrived at the spa at 3:10, only to learn he had missed visiting hours by ten minutes. No exceptions! But for most of the movie, Lockhart found himself in the opposite problem as K. Instead of struggling to gain access to the castle, Lockhart found himself trapped inside it. Whether either of these comparisons were intended, I cannot say, but I will say A Cure for Wellness felt Kafkaesque, at least as I understand it. There is a mystery here that is both irrational and compelling, and it’s Lockhart’s compulsion to solve the mystery that drives the plot. There’s no outside reason why he should want to solve the puzzle. The compulsion comes from within him, and it pushes him deeper and deeper into the castle’s sinister secrets. 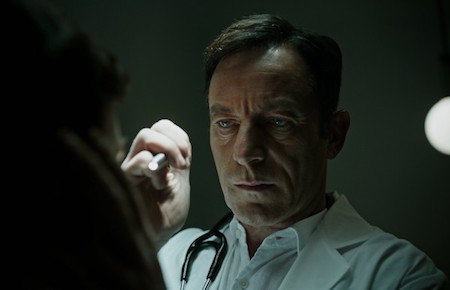 I think it would be easy to leave this movie thinking, Huh? What did I just see and why? It’s a horror movie, but I think it’s more intellectual than most modern horror movies. Though I enjoyed it, I suspect it’s one of those movies that needs to be watch two or three times to really appreciate. I think it’s a movie that will age well—better than most horror movies being produced now. A Cure for Wellness finds inspiration from several classic gothic tales, like The Phantom of the Opera, and weaves them together to tell a story that is both grounded in the gothic tradition and modern in its originality. That originality contains real scares. During several scenes, I squirmed in my seat, and during one scene, I curled my toes and shivered. I can’t remember the last time a scary movie had caused that reaction!

As for the best performance in the movie, I give it to Jason Isaacs as Volmer. As we learned from the Harry Potter series, where he played Lucius Malfoy, Isaacs has a knack for playing the subtle villain. When we first meet Volmer, we sense that his polite facade conceals a nefarious character, but as Lockhart learns more about what’s happening at the spa, he forces Volmer to expose more of villainous nature, until the end of the movie, where we realize he’s evil incarnate. Isaacs plays this brilliantly. Dane DeHaan as Lockhart also handled his arc from hard-driven businessman to knight in shining armor expertly. Mia Goth portrays Hannah, a young woman with a child’s mind. As the prize in the rivalry between Lockhart and Volmer, she’ more than a beautiful face. She’s a playful, adventurous woman who senses things are not right, but trained to be trusting and compliant, she’s uncertain how to rebel. At least, until Lockhart shows up and teaches her how to stir the pot. 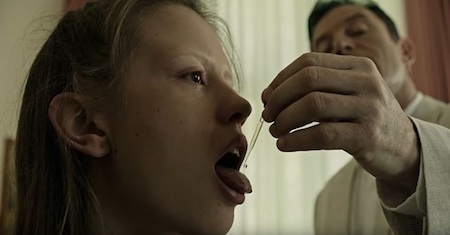 A Cure for Wellness is scary, mysterious, and spellbinding. A long movie—at two and a half hours—it’s never boring. Though I believe the writing and editing could’ve been tightened up to strengthen the story, I found it entertaining. Rated R, it isn’t the movie for children, but for that couple looking for a date night away from the kids, especially if they like thrills, they could do worst than choosing A Cure for Wellness.