Let the Right One In by John Ajvide Lindqvist

Home / Let the Right One In by John Ajvide Lindqvist 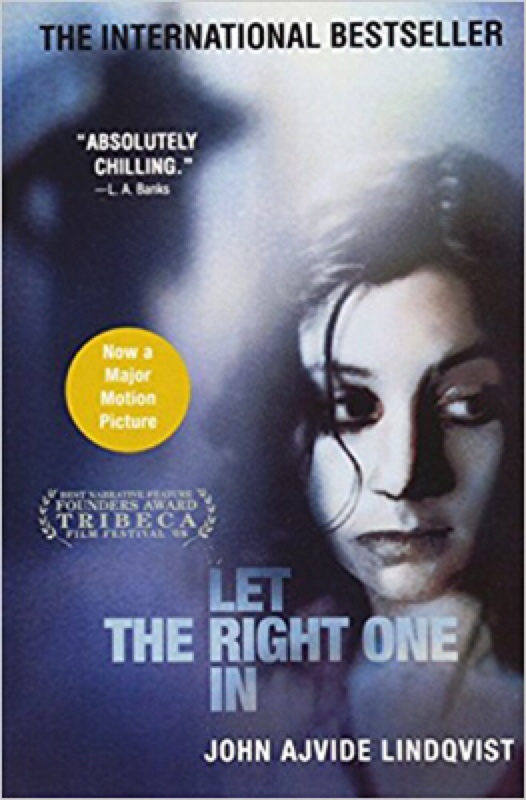 We need to get fear back into the vampire tale!

I thought that back in 1990. Maybe it was 1991. I’m not sure, because I didn’t write these things down back then like I do now. I had just finished reading Anne Rice’s Queen of the Damned, and I hated it so much I threw the paperback book across the room. I think that’s the most violence I’ve ever committed against a book, but I regretted it, because books, even bad books like Queen of the Damned, need our protection. But I don’t regret my initial thought to the novel.

We need to get fear back into the vampire tale!

To my disappointment, the era of the free-loving, rock-n-roll vampire had just began. The 90s built on that theme, turning vampires into sympathetic characters, even heroes. They are love interests, sexy, romantic, kind-hearted. They are misunderstood, because human beings are so shallow we can’t look past that whole blood-sucking aspect of their existence. If only someone would invent Tru Blood, they wouldn’t need to feed off humans at all. Don’t get me wrong. I loved Interview with the Vampire, and there were a lot of scares in the novel, but I resent all the copycats that it inspired, even those written by Anne Rice herself. Reading Stephanie Meyer’s Twilight was a last straw for me. Though vampire stories had been my favorite horror sub-genre, I gave up on reading modern vampire tales.

I’ll read them again, I told myself, when they put the fear back into the vampire tale.

John Ajvide Lindqvist’s Let the Right One In does just that. It’s my practice to read the novel before seeing the movie, but sometimes I don’t know a movie is based on a novel, until after I had seen it. That happened with Let the Right One In. When I saw the 2008 Swedish film prior to reading the book, I realized the book would be frightening. I added it to my ever-growing, never-shrinking reading list. Since I was excited to read this, I’m uncertain why it took nearly ten years to get to it. But I finally read it.

Oskar was your typical 13-year-old boy who did typical 13-year-old boy stuff, like go into the woods and pretend he’s a serial killer. Maybe that’s not so typical, but since he’s a boy who’s bullied by the bigger kids, it’s natural for him to fantasize revenge. One night he met a mysterious girl his age, Eli, and since, like him, she’s a loner and an outcast, they became friends. But the more he learned about her, the deeper the mysteries around her grew, until the moment when he realized she was a vampire. Oskar reacted with both fear and curiosity, but their relationship continued and grew, and it set them at odds with those around them. As the body count grew (rather quickly, I might add), they reached the point where both realized there’s no going back.

Lindqvist told this story from multiple points-of-view. We learn some of it by following Oskar around, and other portions by following Håkan, Eli’s “father,” around. We learn a good portion in the points-of-view of various alcoholics who hang out together at a Chinese restaurant. The police who investigates Eli’s crimes provide another point-of-view. And we even learn some of the story by reading newspaper articles. This floating point-of-view provided many intriguing subplots, but they also distracted me from the part of the story I was most interested in–Oskar’s relationship with Eli and how it affected his battle against the bullies.

Also I was a little disappointed in the ending, not for what happened, but for how Lindqvist chose to narrate it. The first hundred pages were more compelling than the final hundred pages, which is the opposite you expect from a novel. It’s as if Lindqvist had grown weary during the writing, so by the time he reached the end, he couldn’t be bothered to focus on the details. Though fair criticism, I don’t want to deter you from reading Let the Right One In. It’s a well-received novel, both among critics and the reading public, so you would be well-advised to read it. Despite some weaknesses, it is a good novel with a page-turning plot, intriguing characters, and timely themes.

Some of those themes, like pedophilia, childhood sexuality, and violence, are shocking. We don’t want to look at them, but Lindqvist forces us to look. He makes them more shocking by casting such young characters at the heart of these themes. Murder is horrible, but when a 13-year-old girl–to our eyes–commits murder, that’s unthinkable. It’s a special type of evil. We talk about the innocence of childhood, but Lindqvist’s children are not innocent. They are bullies and thieves, murderers and drug addicts. Even Oskar, the protagonist, the most sympathetic character, was far from innocent, even before he met Eli. We can’t blame poetic license for this lack of innocence, because these characters feel real and familiar. We know these people. We wish we didn’t, but we do. Adult or child, no one in Let the Right One In is the innocent victim. They might not deserve the comeuppance they meet in these pages, but in one way or another, they all invited their own doom.

Of the points-of-view we enter, we never entered Eli’s point-of-view. Through telepathy, she gave Oskar a few glimpses of her backstory, but I found myself not trusting them. She’s a liar, a manipulator, and self-serving deceiver. We have seen child vampires before. In reading Let the Right One In, I found myself reminded of Claudia in Interview with the Vampire. But Claudia, like all of Anne Rice’s vampires, though insatiable as a vampire, still retained her humanity. There’s no humanity left in Eli. She pretends humanity to aid her seduction of Oskar, but like a wild animal, she cares only about survival and feeding. That makes her one of the most frightening vampires I’ve ever met in literature.

Lindqvist has done what I’ve been wanting done for decades. He put the fear back into the vampire tale. Born in 1968, he’s a Swedish writer who grew up in the Stockholm suburb of Blackeberg, the setting for Let the Right One In. His first career was as a magician, before he turned to writing. Let the Right One In, published in 2007, is his first novel, but he has since made a career writing horror novels and short stories. If, like me, you love vampire fiction, then Let the Right One In is a must-read.