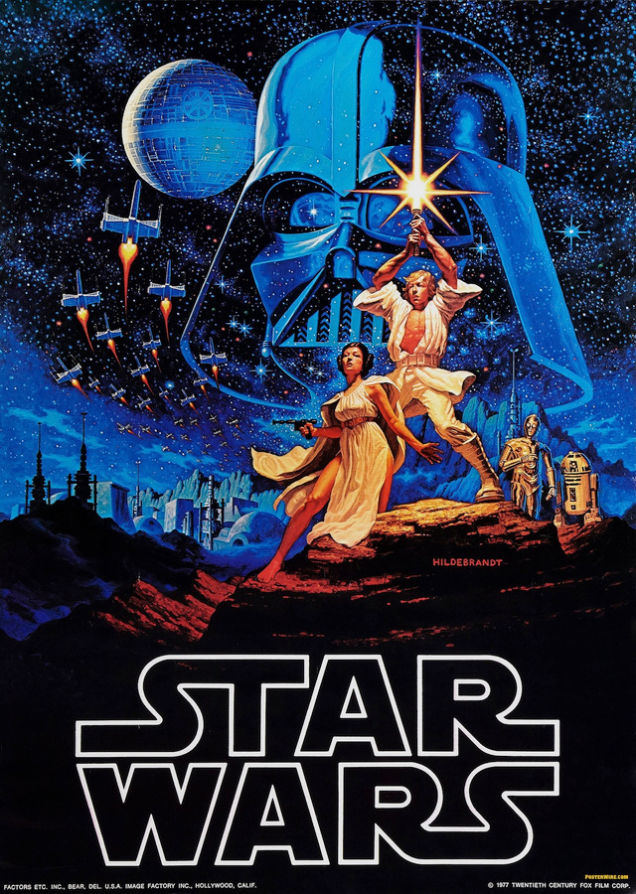 A long time ago…

…in a galaxy far far away…

…I took a high school literature class in science fiction. (Please don’t ask me to remember the teacher’s name. Like I said, it was a loooooooong time ago!) One day after school, the teacher loaded us into a school bus and took us to Olympia to see Star Wars. This movie had been the summer blockbuster for several months, but since it hadn’t yet showed in Grays Harbor, most of us hadn’t seen it. I sat in the theater with my classmates, as the screen faded to black and stayed black for a few seconds longer than expected. And then a burst of horns filled the theater and STAR WARS ignited across the screen. At that second, I knew I was in for an experience I would never forget.

Star Wars was the brainchild of George Lucas, who both wrote and directed the movie. He was also its executive producer. The story I heard and believe is at least partially true is that while in college, Lucas read Joseph Campbell’s The Hero with a Thousand Faces. Campbell is arguably the modern world’s foremost authority on ancient mythology; in any case, he is the scholar who brought the study of mythology out of the college classroom and into the corner bookstore. In The Hero with a Thousand Faces, Campbell explored the common thread of myths, regardless whether they came from Greece, China, Africa, the Americas, or Celtic lands. He noticed the same type of characters appearing in them, called archetypes, and the same story elements composed the heroic journey. Though Campbell never intended Hero to be a writer’s guide, Lucas used it as such. While still in college, Lucas began to shape the characters and stories that would become Star Wars. Following this formula, Lucas constructed a story that feels both timeless and rooted in our shared primordial consciousness.

In other words, the movie is great fun!

And what a story it is! The story of an underdog taking on the powerful Galactic Empire, of a farm boy from Tatooine becoming a warrior, of strangers becoming friends. When his uncle buys two fugitive droids, Luke Skywalker (Mark Hamill) finds himself caught up in the rebellion against the empire. He joins Obi-Wan “Ben” Kenobi (Alec Guinness), Princess Leia (Carrie Fisher), and Han Solo (Harrison Ford) to form a ragtag squad that have to deliver secret plans to the rebel base. The Emperor’s main henchman, Darth Vader—a villain so villainous it takes two actors to portray him (David Prowse as the body, James Earl Jones as the voice)—pursues them. Between spaceship chases, blaster fights, lightsaber duels, and the constant banter—especially from the two droids, C3PO and R2D2—there is not a dull moment in this film.

But you know this. Since the movie has been an iconic America film for thirty-eight years, I assume you have either seen the movie or taken a religious vow against it.

Star Wars has several strengths, but one of the most important is its special effects. Using models, Lucas and his team were able to create the sense of flying through space. They created lightsabers and laser blasters. They created hundreds of droids and dozens of alien species. Who can forget Chewbacca (Peter Mayhew)? These effects created a new universe, filled with strange planets and exotic creatures. In my opinion, special effects usually do not age well. Many of the special effects that I marveled at in, say, 1980, look fake to me now. Not true of the special effects in Star Wars. They still dazzle me; they still immerse me in that wonderful world.

Though the philosophy of “the Force” is intriguing, I wouldn’t call this an intellectual movie. The characters are not very deep; their goals and motivations are obvious. It is part action film, part science fiction, and part fantasy. Star Wars is a myth; it creates its own mythology. As such, it’s goal is more to entertain than to provoke thoughts and discussion. It is your basic good-guys-win story, and I wouldn’t have it any other way. This is a movie that I can watch two, three, even four times a year and still feel satisfy. It never feels old. To call it my favorite movie overstates my attitude for it—I have no favorite movie—but Star Wars has a special place in my heart, because it is the movie that made me a movie fan. Before I saw Star Wars, I liked going to the movies. After seeing it, I loved going to the movies.