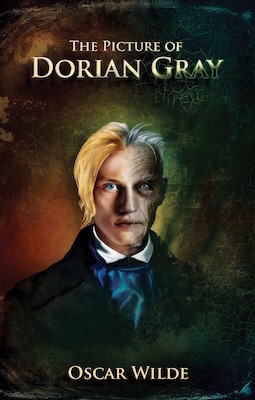 Though I wouldn’t call myself an expert in 19th Century English gothic literature, I had read the main works in that genre. Dracula? Check. Frankenstein? Check. Dr. Jekyll and Mr. Hyde? Check. The Picture of Dorian Gray? Oh, wait! There’s one I’ve neglected. At least, I’ve neglected it until now. I don’t know why I’ve waited so late in my life to read Dorian Gray. Is it less famous than the others? Considered inferior? It had inspired fewer film adaptations—at least I hadn’t encountered any. In any case, I’ve known about this Oscar Wilde novel almost as long as I’ve known about the others novels I’ve mentioned, and for years—okay, decades—it’s been on the back of my mind to read it. If I had started a reading list back when I was eighteen, no doubt it would’ve gone of it then. As such, it is perhaps the novel that’s been on my mind to read the longest, without actually reading it. I knew the gist, the premise, just as I knew the premises of the other gothic novels before reading them, but I never read it. Well, I finally got that roundtoit that I’ve been waiting for and read The Picture of Dorian Gray.

Oscar Wilde penned this tale of a sensuous young man in 1890. Though Irish by birth, Wilde lived and worked in London. Better known as a playwright, he gave us some of the best and funniest plays ever written. His play The Importance of Being Earnest is one of my favorite plays, and reading it and watching it performed is how I best know Oscar Wilde. It explored the theme of life imitating art, a theme that is also explored in Dorian Gray. Though talented, he left us little work to judge him by. Plagued by homosexual controversies, Wilde faced trials, imprisonment, and exile. In 1900, he died in exile. In many ways, he’s the tragic hero of his own novel.

“How sad it is!” murmured Dorian Gray with his eyes still fixed upon his own portrait. “How sad it is! I shall grow old, and horrible, and dreadful. But this picture will remain always young. It will never be older than this particular day of June… If it were only the other way! If it were I who was to be always young, and the picture that was to grow old!”

I’m not sure whether he intended Dorian Gray to be an autobiographical portrait of himself, but I do think of Dorian Gray as being a self-portrait. He’s a young man, beautiful to look at and charming to converse with. He inspired artist Basil Hallward to paint his portrait, which he then gave to Dorian as a gift. Hallward said he put too much of himself in the portrait, by which he meant he put too much of his love of Dorian into it. In any case, the painting proved to have a magical quality. As the years passed, the portrait aged, but Dorian stayed the same age. Inspired by his friend, Lord Henry Wotton, Dorian adopted a nihilistic philosophy and pursued a hedonistic quest. Scandal followed his name, and those associated with him became disgraced, but the portrait protected him from facing the consequences of his actions. In the end, of course, he had to face those consequences. He had to ask the question of what type of man he wanted to be—moral or immoral.

It is the purpose of literature to ask questions. It is not necessary the purpose of literature to answer those questions. In my opinion, the best writing leave those questions unanswered. This allows the reader to ponder them, to explore the themes, to interpret the story, and to find his or her own meaning. The Picture of Dorian Gray is perfect for this type of analysis, because it introduces and explores several themes, without once coming to any conclusion about them. What is the nature of art? It purpose? Should art imitate life? Or should life imitate art? Perhaps it’s best if they trade back-and-forth? Among the characters, there is a lot of discussion about art. This made for several long soliloquies that probed such questions. But the novel is also about morality. Is it fear of death that makes us moral? If we were immortal, would there be any need for morality? Since we can argue that the principle conflict of Oscar Wilde’s life was between his homosexuality and social condemnation of it, we find that conflict mirrored in Dorian’s push against acceptable behavior.

The exploration of these themes is the novel’s biggest strength and the primary reason to read it. The plot, though enjoying its moments, was far from compelling. Though Dorian Gray struggled with many issues dealing with morality and mortality, he falls short of being a well-rounded character. The other characters are even less developed. Many seem nothing more than cardboard cutouts for Lord Henry Wotton to lecture to about art and life and the connect between them. Wilde’s prose is sensual and elegant, especially his descriptive passages, which evokes persons and place with few words and clear imagery. And then there is Wilde’s characteristic wit, best sampled by Wotton’s nihilistic philosophy.

“Dorian is far too wise not to do foolish things now and then, my dear Basil.”

Though not as scary as Dracula nor as thought-provoking as Frankenstein, The Picture of Dorian Gray is a gothic novel worth reading. Dorian Gray is a man as comfortable in the opium dens of White Chapel as he is in the dining rooms of the aristocracy. And Oscar Wilde takes us to both. It’s a novel that explores timeless themes like the nature of art, the nature of sin, and the connect each have with mortality. Like all gothic novels, I think of it as a winter read—a novel to read during the long winter nights, with the wind howling, and the rain turning the night opaque.