Here is a book which, if such a thing were possible, might restore our appetite for the fundamental realities.

That might be true, but in the movie Henry and June, Richard Osborn (Kevin Spacey) says, “It’s definitely about fucking.” I tend to agree. Though I knew this is a superficial reading, that there is an emotional subtext that I’m not considering, I abandoned the book. I bookmarked it on page 54 and have not been back to it. This is not a puritan reaction against reading dirty acts described in vulgar language, because I am no puritan. I grew bored. After so many sex scenes in the first 50 pages, I didn’t care to read any more.

Let me tell you another confession. I have not read Fifty Shades of Grey or its sequels. Though my skill at divination is limited, the portents of my ever reading these books are doubtful. Nor do I intend to see the movie. Since I’m not familiar with the novel except by the noise it generates in our society, I refused to judge it. I say only that, from what I’ve heard, I have no desire to read the novel or see the movie. When I want reading to heat me up, there are far more enticing novels on my book shelves. Here are five you might want to consider: 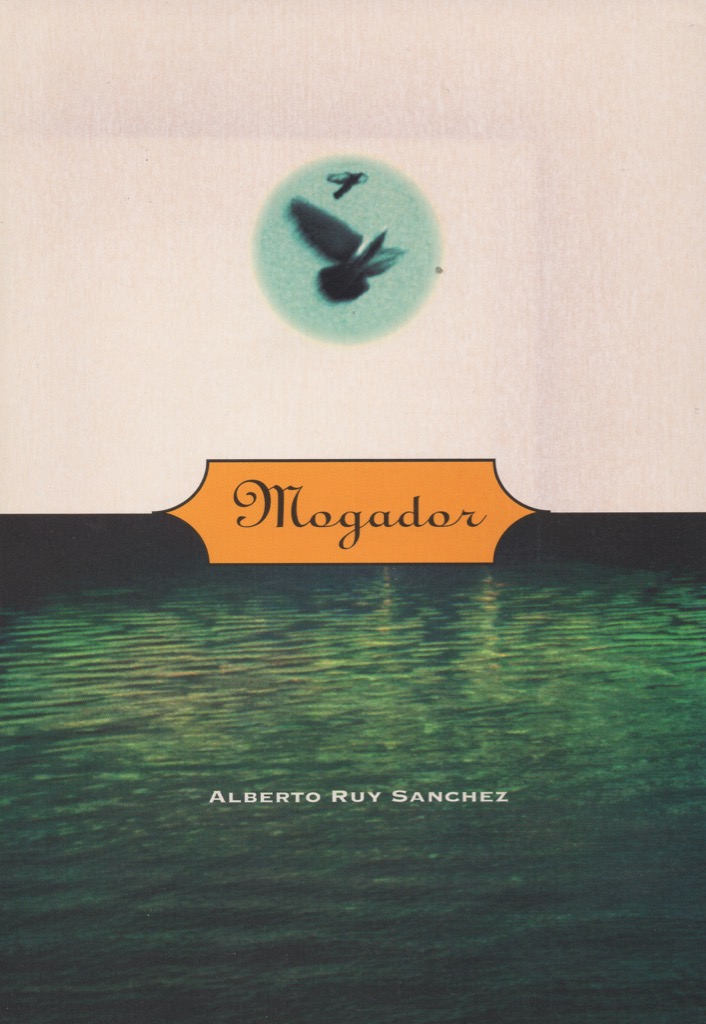 At 107 pages, this is the shortest novel on my list–the perfect length for a lazy evening with a book. Winner of the 1987 Villarrutia Prize for the Best Mexican Novel, it follows a young woman, Fatma, as she wonders the streets of a Moroccan city. Sanchez writes in magical realism, the staple of Latin American fiction, but his prose is lyrical and poetic.

She would gaze at the line the sky and sea shared during the day, the edge they lose when night comes to secretly weave all clothes into one. Now in darkness, she would gaze at a line of stars, a bright, distant line reflected on the water.

Mogador reads like a dream. Fatma, on the edge of discovering her sexuality, seeks the city for pleasure and finds it. 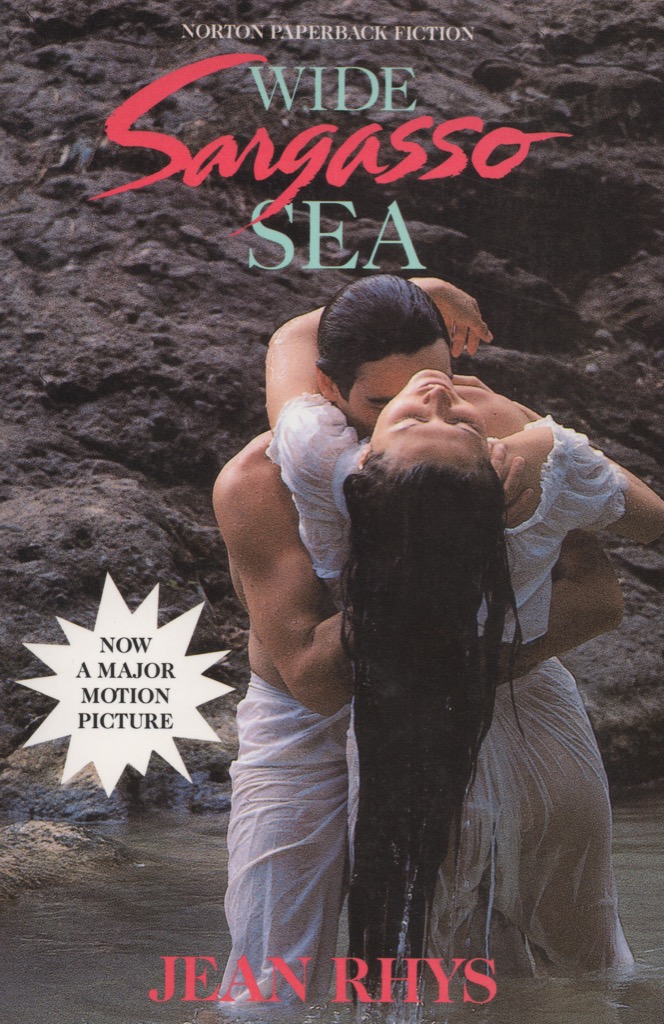 Born in Dominica in 1890, Jean Rhys explores colonial and post-colonial themes, the personal cost of empire, but in Wide Sargasso Sea, she also reimagines the mad woman in the attic from Charlotte Brontë’s Jane Eyre. Sold into marriage to an unnamed English man (Bontë’s Rochester), Antionette strives to be the good wife. But shocked by her sexual knowledge and hearing vindictive rumors against Antionette, the husband grows resentful and abusive. He feels cheated. He changes her name and dubs her mad. Perhaps she is. But then, who wouldn’t be insane after being locked in an attic?

They say when trouble comes close ranks, and so the white people did. But we were not in their ranks. The Jamaican ladies had never approved of my mother, ‘because she pretty like pretty self’ Christophine said.

For those who prefer their fiction in movie pictures, Karina Lombard stars as Antionette in the 1993 adaptation.

The Girl in the Swing 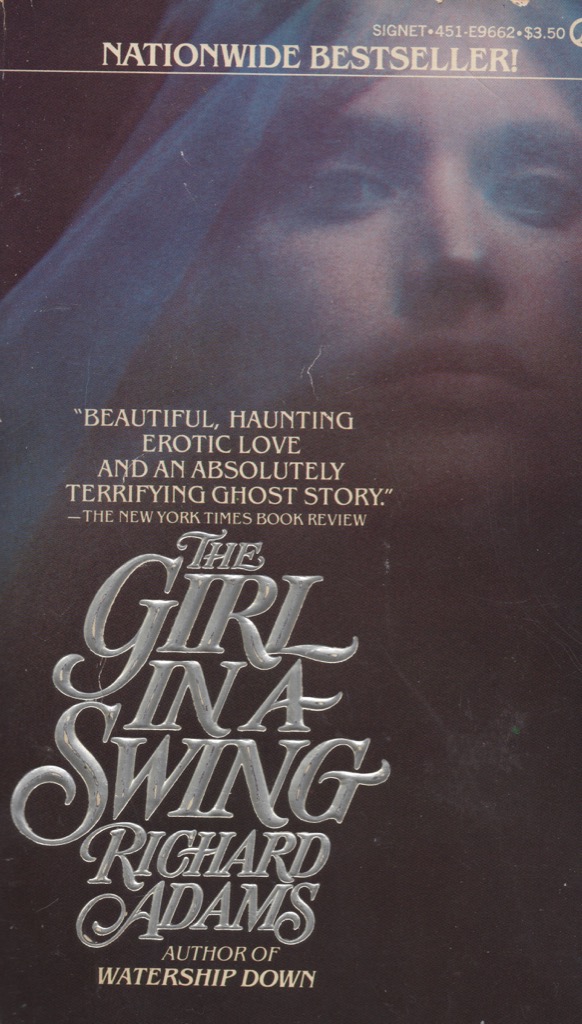 Richard Adams is best known for Watership Down, but The Girl in a Swing is my favorite novel of his. This is a ghost story, we think. Or maybe it’s a story about a man going insane. Alan Desland, an English porcelain dealer, travels to Copenhagen to expand his oversea sales. He meets and falls in love with Käthe (Karin in the movie), a mysterious German woman. They marry and return to England. But something in Käthe’s past haunts her, and Alan must puzzle out what troubles her. I warn you: Since the tone is reflective, the pace is often lethargy.

All day it has been windy–strange weather for late July–the wind swirling through the hedges like an invisible flood-tide among seaweed; tugging, compelling them in its own direction, dragging them one way until the patches of elder and privet sagged outward from the tougher stretches of blackthorn on either side. It ripped the purple clematis from its trellis and whirled away twigs and green leaves from the oaks at the bottom of the shrubbery.

Since the book is out-of-print, you might have trouble finding it. My own copy is a tattered used book with its pages falling out. However, Amazon now offers it as a Kindle Book. ($6.15 at the time of this posting.) Meg Tilly and Rupert Frazer starred as Karin (Käthe) and Alan in the 1988 movie. Skip the movie, but read the book. 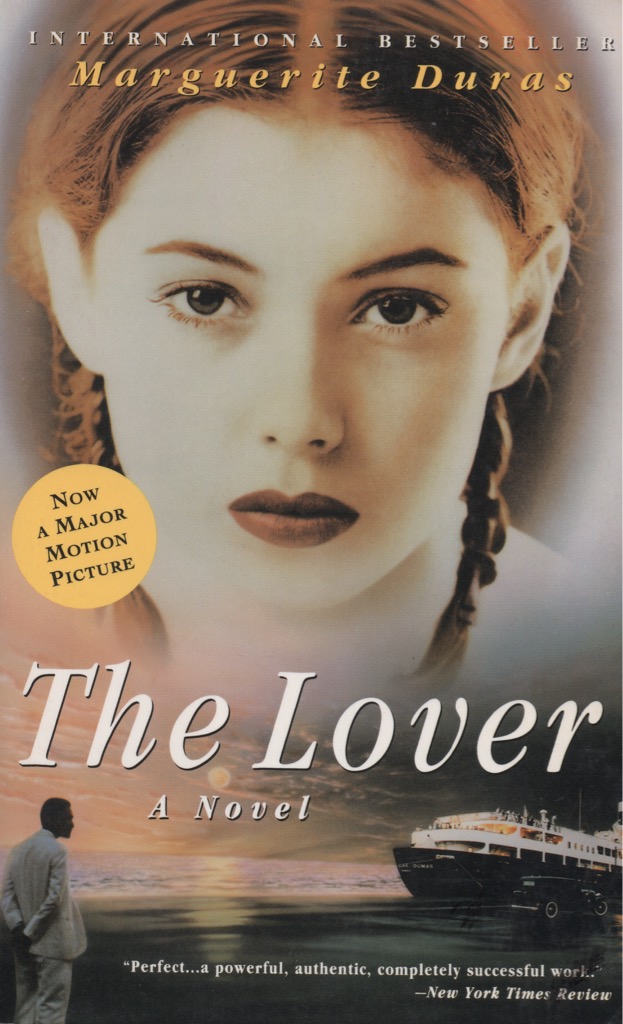 Another colonial novel, this time from French Indonesia (Vietnam), The Lover explores the relationship between a poor French girl of 15 and a wealthy Chinese businessman. Based on Duras’ own affair with Léo (she never revealed his family name), The Lover is both beautiful and troubling. Perhaps it is troubling because it is beautiful, although it deals with pedophilia. Influenced by movies, Duras writes in short vignettes, as a movie cuts from one shot to the next.

So, I’m fifteen and a half.

It’s on a ferry crossing the Mekong River.

The image lasts all the way across.

I’m fifteen and a half, there are no seasons in that part of the world, we have just the one season, hot, monotonous, we’re in the long hot girdle of earth, with no springs, no renewal.

In 1992, Jane March and Tony Leung Ka Fai starred in the movie adaptation. But like Mogador, this is a short novel that can be read in one setting. 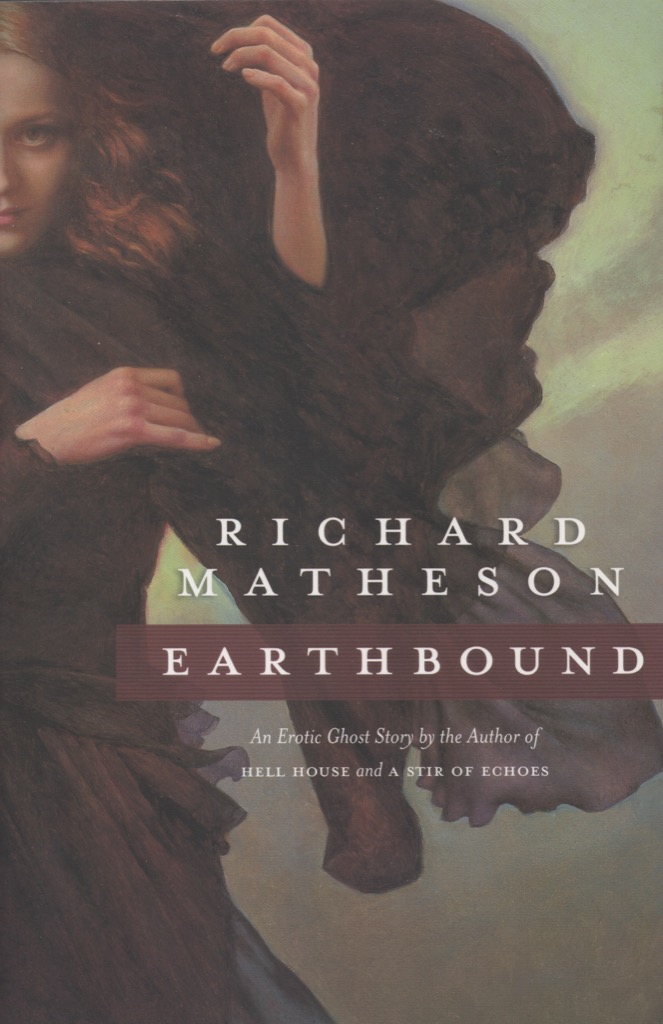 Richard Matheson wrote “I Am Legend,” a short story that inspired the Will Smith movie of the same title. I recommend you read the short story. It’ll only take a half hour, and it’s better than the movie with a more troubling ending. But I digress. Like The Girl in the Swing, Earthbound is a ghost story. A husband and wife, having lost the mojo in their marriage, return to the cabin where they had honeymooned years earlier. There David Cooper, the husband, meets a young woman, Marianna. He succumbs to her seduction. But who is she? How can she come and go without opening doors? Written for a modern audience, this is probably the easiest book to read on my list.

They reached the cottage a little after four that afternoon. David parked the car in front of it and he and Ellen sat in silence, looking at its faded clapboard siding, its torn, rusty screens and grime-streaked windows. Finally, David said, “I wonder if Roderick and Madeline are expecting us.”

Ellen responded with a faint noise but whether of amusement or distress–or both–David couldn’t tell. 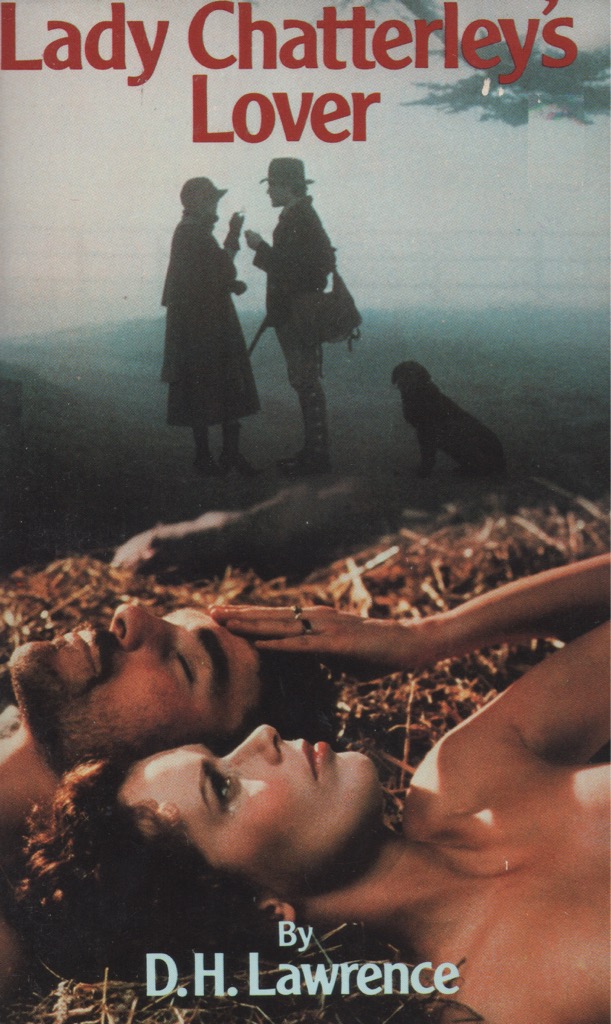 Despite its reputation, Lady Chatterley’s Lover is not about sex. It’s about class conflict. It’s about the dehumanizing impact of the Industrial Revolution. It’s about one man, the gamekeeper Oliver Mellors, reclaiming his humanity by having an affair with Constance (Lady Chatterley). Paralyzed and made impotent from a war wound, Clifford Chatterley, her husband, gives Constance permission to have affairs. He envisions the men in these affairs would be men of standing or reputation, artists or industrialists or statesmen. He never imagined Constance would go ghetto and sleep with a servant.

Ours is essentially a tragic age, so we refuse to take it tragically. The cataclysm has happened, we are among the ruins, we start to build up new little habits, to have new little hopes. It is rather hard work: there is now no smooth road into the future: but we go round, or scramble over the obstacles. We’ve got to live, no matter how many skies have fallen.

Lawrence wrote in words those scenes that his contemporaries believed should be “read between the lines.” Though scandalous at the time, his sex scenes seem tame to us today. But he opened the door to writing about sex in literary quality fiction, at least for writers writing in English, and for that he helped create the modern novel. All other novels on this list owes a debt to Lady Chatterley’s Lover. As does Fifty Shades of Grey.

Image Sources:I scanned the book covers from my library copies.I downloaded the still from Fifty Shades of Grey from http://www.techour.com/wp-content/uploads/2014/07/screenshot-by-nimbus-97.png.