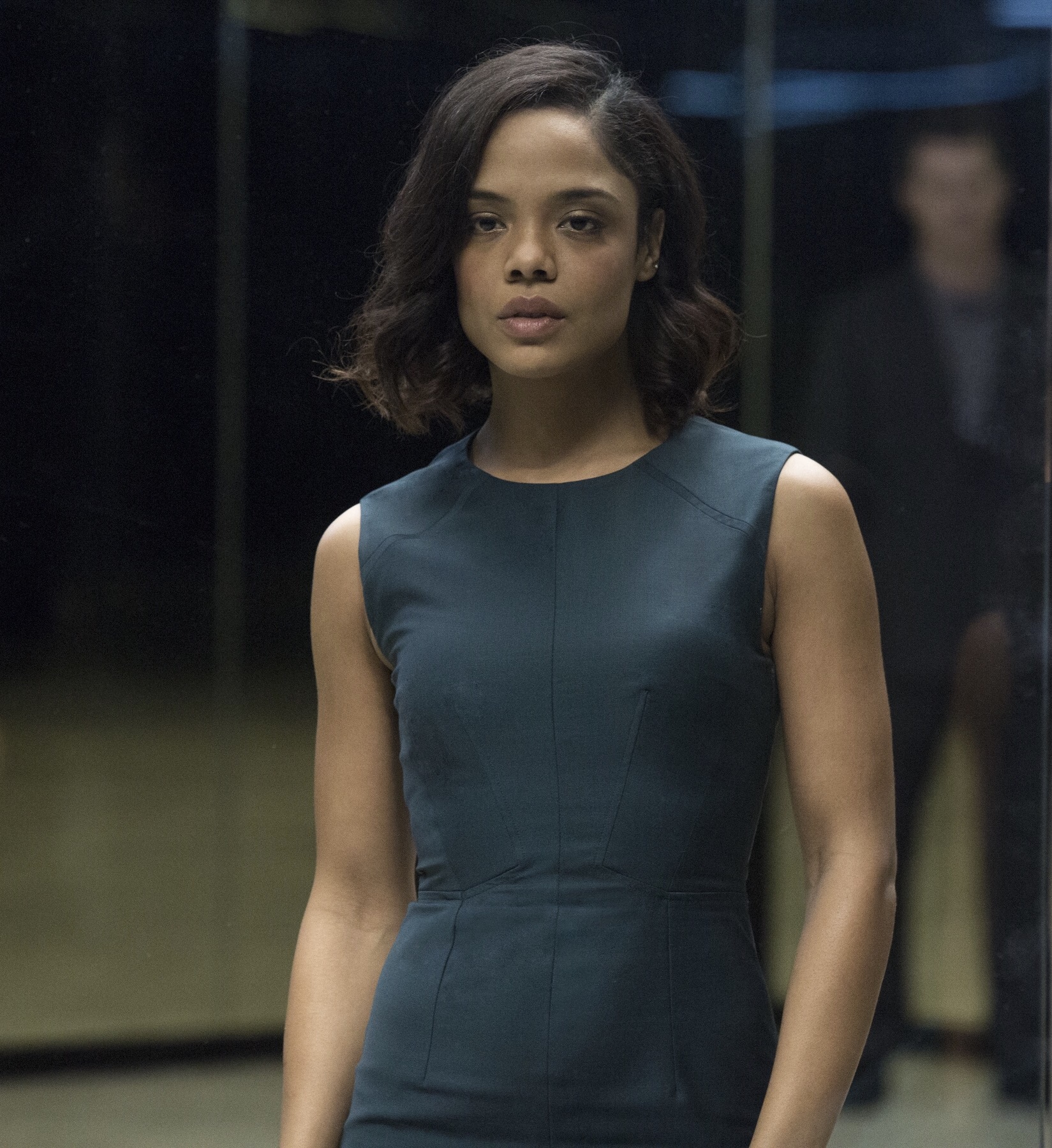 Stories have beginnings, middles, and ends. There’s nothing profound in this statement. And I confess a lack of originality in it. Every book on fiction writing tells us this, and many books of literary critique state the same. Novels are often divided into three parts to represent the beginning, middle, and end. J. R. R. Tolkien divided his Lord of the Rings series, a true trilogy, into three novels that reads as one. Hollywood thinks in three reels. All of this I understand well, as I imagine you do also. It’s not so clear, however, how that translates into a television series. I think there’s a complexity in television that is absence in literature and film. Every episode needs to tell a story that feels self-contained and satisfying, while at the same time existing as a part of a greater story that’s still developing. Every season needs to “read” like a novel, while leaving enough plot threads untied to justify the next season. We see this handled masterfully in such series like Breaking Bad and The Sopranos. It is still too early in HBO’s Westworld to determine how skillfully they’ll  manage this complexity, but so far, I’m pleased with the story.

Which brings me to “Trompe L’Oeil,” the seventh episode. (I know I’m a week behind in episodes. I’m not quite sure how or when that happened.) This proved to be an exciting, revelation-filled, plot-thickening episode that does exactly what the middle story needs to do—add tension and raise the stakes. Character goals became clearer. Hollywood screenwriters talk about the middle plot point, that scene towards the middle of the movie when the protagonist no longer has the choice to retreat, when he reaches his point-of-no-return. In “Trompe L’Oeil,” several characters reached their points-of-no-return. The episode also contain the season’s first major reveal. Since I had considered the possibility before, I wasn’t surprised by the nature of the reveal, but the WHO did surprise me. Until I thought about it and realized that it made perfect sense. I think that’s what we want from a reveal—the initial surprise followed by “but of course!” 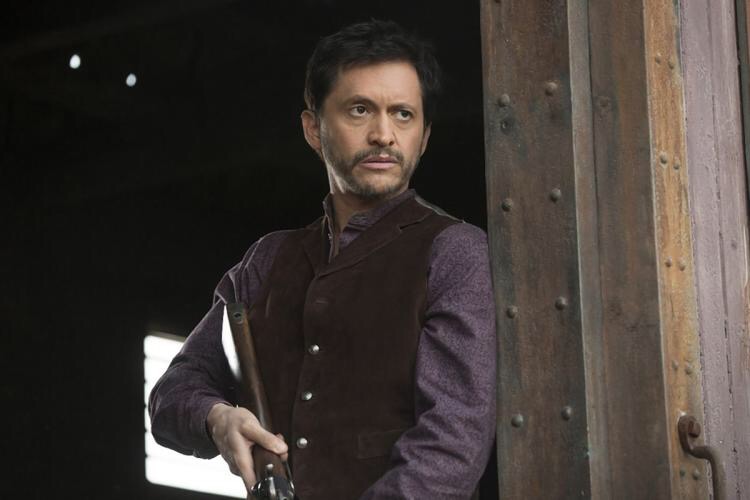 I’m worried about Elsie, Bernard’s assistant. Episode 6 ended with her in a cliffhanger, and episode 7 began with Bernard wondering about her. She’s missing. Whatever happened to her, we never learn in “Trompe L’Oeil.”

But we do learn more about William and Dolores’ journey. After being absence in episode 6, after a cliffhanger ending in episode 5, “Contrapasso,” they reappeared.  I’ve mentioned the point-of-no-return above. For both William and Dolores, I believe they reached their points-of-no-return in “Contrapasso.” At the end of that episode, they boarded a train with Lawrence to head off to points unknown. In “Trompe L’Oeil,” they’re still on that train. When William suggested that it was just an accident that he was this deep in the park, Lawrence said, “And yet, here you are. Maybe you got more of an appetite for this than you think.”

William is on one of the most interesting character arcs in the series. Gone is the uncertain, mild-manners sidekick to Logan. He had left the overbearing Logan back in Pariah—in dire straits, I might add. Where is Logan? It’s been a couple episodes since we’ve seen him. Is he gone for good? I doubt it. Since Logan is the main antagonist of William’s subplot, we’re bound to meet him again. And this time, he’ll have a grudge. Meantime, William and Dolores began a love affair. That’s not a spoiler as much as the obvious direction they were going. This, I suspect, wasn’t meant to happen. A host and a human falling in love! Yes, one function of the hosts is as a high-tech sex toy, but real feelings between them? In any case, their love affair bound them together even tighter. At the end of the episode, they leave Lawrence to set out for a land from which, Lawrence told them, no one had ever returned. A physical point-of-no-return!

Maeve reached her own point-of-no-return in “Trompe L’Oeil.” Realizing there was no kindness to be found in Westworld, she made her own plans. And she expected Felix and Sylvester to help her achieve them.

The main focus of this episode is the conflict between Theresa and Ford, which is just a sub-conflict of the greater conflict between “The Board” and Ford. This is a conflict from which I fear there is no good guys; it’s a conflict of antagonist v. antagonist. After seven episodes, I still find myself debating on which side I should be on, but in “Trompe L’Oeil,” both reveal their villainous nature. The Board has a new representative in Westworld, Charlotte Hale (Tessa Thompson). Her stated goal was to force Ford into retirement, but before that happened, The Board needed to secure the intellectual property he had created from destruction. The company had an agenda that went way beyond running Westworld. Charlotte told Theresa that there needs to be a blood sacrifice, and by the end of the episode, there was.

“Trompe L’Oeil” felt faster paced than previous episodes. In fact, until I checked the duration and saw that it was an hour long, like the other episodes, I thought it was a shorter show. I guess this is something we should expect as the conflicts and tensions heighten. We know the characters. We know their backstories. We know the world they live in. The foundations of this story had been laid. Nothing left to do but to let it play to the end. 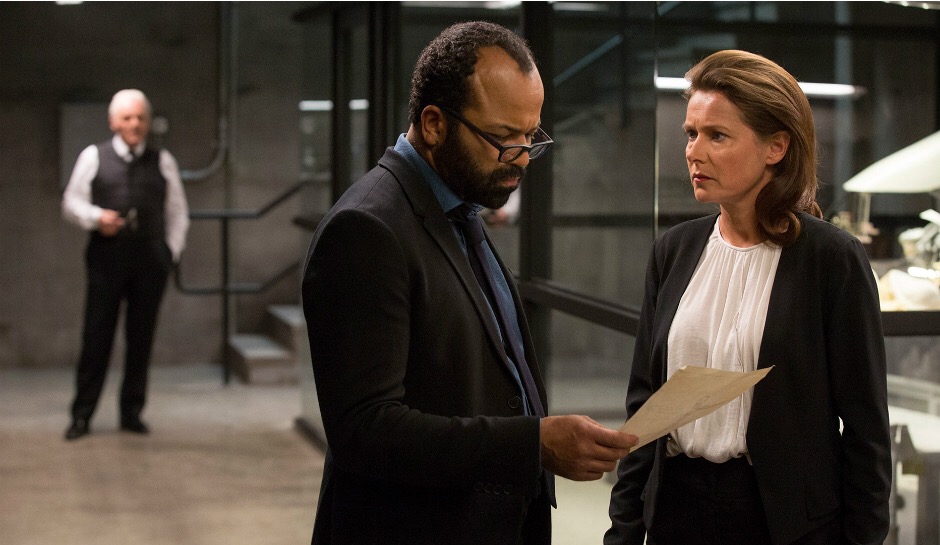