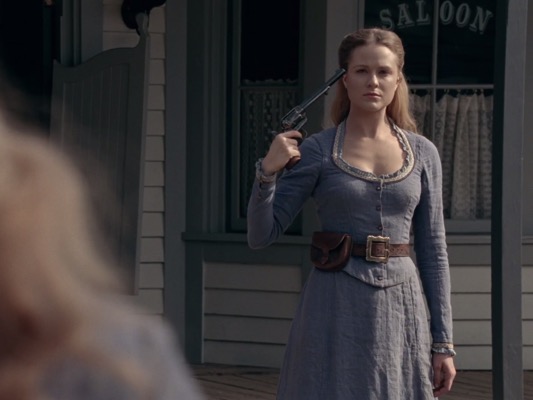 Stories have beginnings, middles, and ends, I told you the last Westworld post. In “Trace Decay,” the eighth episode, we have reached the end of the middle. We had reached that point where all storylines veer towards the towards the final confrontations, where all protagonists are destined to face their antagonists in the climatic showdown. With only two episodes left to watch in the season, I thought I would take opportunity to recap the characters, their goals, and the nature of their conflicts.

But before I do that, I wanted to apologize for not staying current with the series. As I write this, I am three weeks behind, and the season finale had played. I entered November one week behind. I’m not sure exactly when that happened, but I suspected I lost a week when I realized I needed to watch the episodes twice before writing about them. I always expected to make up the posts, so I would be current by the tenth episode, but that didn’t happen. Without going into too many details, I will tell you that November was not only a bad month to make up time but also a bad month to stay current where I was. Between presidential elections, workplace meetings, and family gatherings, there was too many distractions for me to spend my normal time on my blog. So there’s a good chance, especially if you’re as interested in HBO’s Westworld as I am, that you have already seen the final two episodes. But I will warn you just the same that there are spoilers in this post.

I had said that all the main characters, except Dr. Robert Ford, struggle with an existential crisis. They struggle with questions of identity. Some struggle with this because they are hosts, androids, artificial humans. They sense something is not right, but they can’t determine exactly what it is. More than any other host, Maeve found herself confronting the nature of this artificial existence. She began the series as the madam of Westworld’s brothel. Hard-boiled, she manipulated men and their desires. But she suffered memories of a former self, a young mother. And she suffered memories of being shot. With no scar to prove it, she had Hector, the outlaw, dig in her belly to recover the bullet. That began her awareness; it also allowed her to awake during her repair stops at the tech center. She manipulated Felix and Sylvester into telling her more about herself, her world, and she manipulated them into giving her more intelligence and the ability to control the other hosts. Her goal is to escape Westworld and enter the real world. In “Trace Decay,” she made her big break, but that ended in a cliffhanger. We’re  left to wonder what comes next. 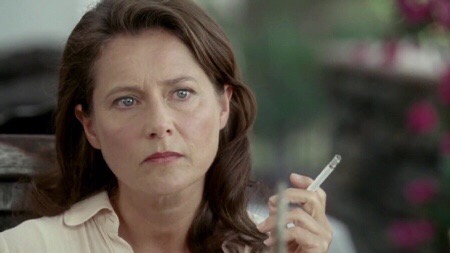 Dr. Robert Ford wasn’t suffering an existential crisis. He seems to be the one person who is comfortable with Westworld and who understands its essence. He’s in control. He’s in control of Bernard, who we learn in episode 7, was a host. Ford conflicted with “The Board,” represented by Theresa Cullen and Charlotte Hale. After having Bernard kill Theresa in episode 7, he worked to cover his tracks and protect the world he created. That meant protecting the intellectual property, the code that run the hosts, because The Board wanted to secure it prior to forcing him out. Protecting the code protected him. But he had another agenda, the construction of a new storyline. It’s hard to know what that storyline will be, but we sense The Board had legitimate reasons to dread it.

When I first realize that existential crises was at the root of conflict in Westworld, I think I excluded the Man in Black from suffering it. In “Trace Decay,” however, we learn that he’s suffering his own existential crisis. After his wife died, he learned she had always been afraid of him. She sensed that violent nature that he unleashed in Westworld. Though he bottled it up in the real world, to the point that he was one of the “good guys,” it still existed inside him. Hence his frequent visits to Westworld. After his wife’s death, he sought to explore his violent nature, to see if he was capable of real evil. He found a young mother—Maeve in a previous life—and her daughter. He murdered both, but before the mother died, he saw real grief on her face for her lost child. Since he called that moment miraculous, it made me wonder whether he had felt real grief for his wife. Now he sought the maze, a place where the violence was real, where your choices had consequences. He believed meeting Wyatt was the key. He doesn’t have long to wait, because “Trace Decay” ended as Wyatt and his men closed in on the Man in Black and Teddy.

Now that they were lovers, William’s and Dolores’ goals were aligned. William’s existential crisis dealt with his meek personality and the inherent repression of desires it lead to. Even his coming to Westworld was his yielding to the wishes of his future brother-in-law, Logan, rather than something William wanted. But at Westworld, he began to realize the need to pursue his own interests, and he gained the confidence to do that. Switching his partnership from Logan to Dolores symbolized that moment when he decided to strive more for what he wanted for himself than others wanted from him. Dolores’ existential crisis remains a mystery to me. I’m not certain of what questions she wants to answer, and even she seems vague on them.  They relate to that quotation I mentioned a few episode back, about how there is something wrong with this world, or with herself. Perhaps both. Following voices and visions, she journeyed deeper into Westworld and approached the same maze the Man in Black sought. As I predicted in my last review, Logan reappeared. As I predicted, He had a grudge.

All of these storylines ended in cliffhangers in “Trace Decay.” It is now time to watch episode 9 to see how those cliffhangers are resolved or complicated. 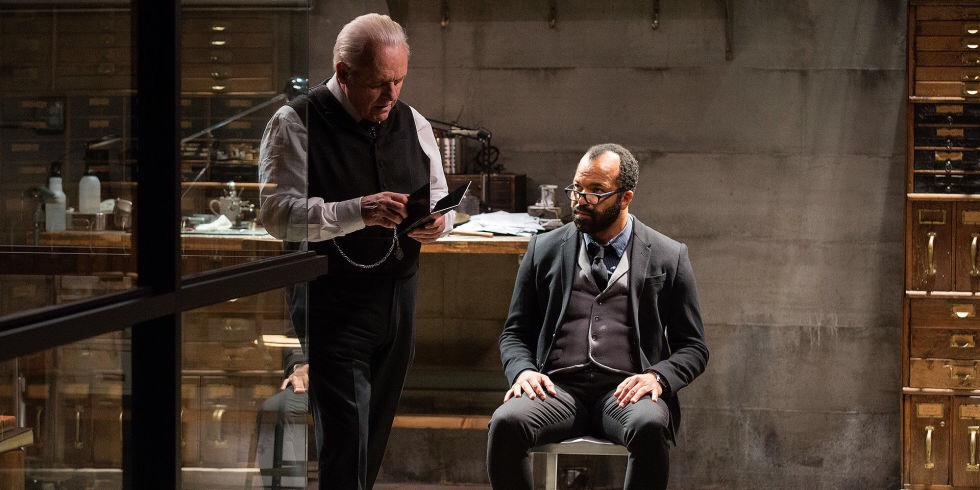