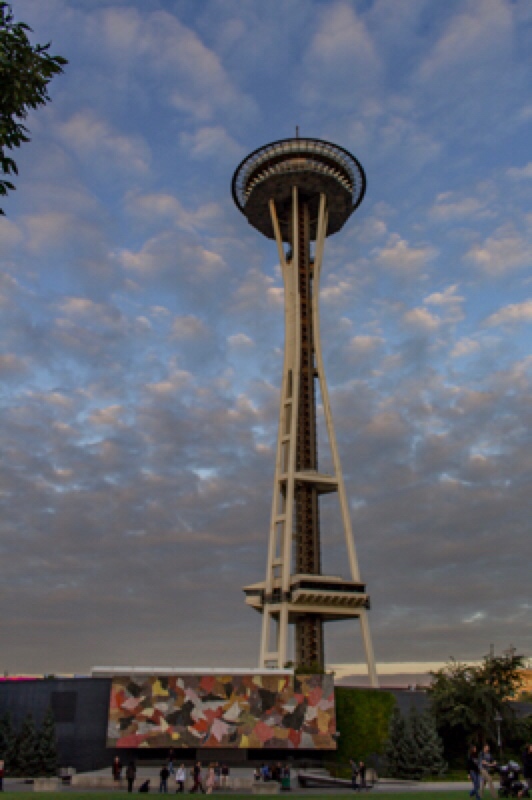 Though I’ve lived in Washington State my whole life–except for a two-year sojourn in Denver–and though I had visited Seattle several times, even lived in Seattle for a couple years, I have never been up in the Space Needle. Do locals ever do the tourist things for their cities? Deciding to amend this oversight, I traveled to Seattle this last weekend and visited the Space Needle. The trip was a rash decision that I made earlier in the month, and acted on by buying my train tickets and making a hotel reservation. It was my intention to use this trip to introduce a new off-topic feature of this blog that I decided to call the Wayward Tourist.

I only have a vague idea what I mean by Wayward Tourist, and most of that idea is who the Wayward Tourist is not rather than who he is. As the Wayward Tourist, I’m not going to fly off to Paris or New York, NY for the week–though both sound like fun trips. In fact, I won’t fly at all. I’ll keep my feet on the ground–thank-you very much! I’m not going to spend thousands of dollars a year staying at the finest hotels and eating at the most exclusive restaurants. I would like to stay at those hotels and eat at those restaurants, but I’m decidedly low on funds this year–nay! this decade! this life!–so I have to pinch my pennies and stay at more affordable hotels and eat at less exclusive restaurants–like other commoners. In short, me as the Wayward Tourist is me doing the traveling that I can afford and finding what pleasures I can close-to-home.

I left Olympia on the 10:15 train to Seattle. This was Amtrak Cascades, a run between Eugene, Oregon and Seattle, and back again, several times a day. The most scenic leg of this route is between Olympia and Tacoma, where the train follows Puget Sound. Across the water, it passes several small islands, before it travels through the picturesque town of Steilacoom, under the twin Tacoma Narrows Bridges, and into Tacoma. North of Tacoma, it’s a short hop to Seattle. The train made good time; it reached Seattle about ten minutes ahead of schedule.

After leaving King Street Station, I walked along 1st Avenue to Pike Place Market. I ate fish-and-chips at the market, and drank a porter. I don’t drink beer often, but when I do, it tends to be a dark beer, a strong beer, a beer that slaps me in the face and says, I won’t be ignored! After lunch, I caught the monorail to Seattle Center, and from there, I walked to the Hampton Inn. After resting an hour, I grabbed my camera and headed to the Seattle Center and to the Space Needle. 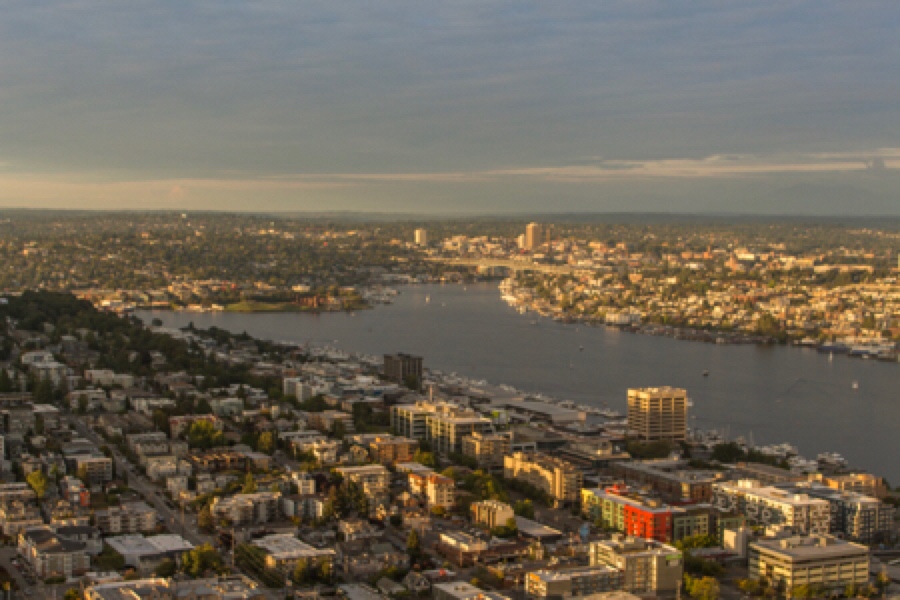 Lake Union from the Space Needle

If you’ve never visited the Space Needle but are interested, let me give you some traveler’s information. The observation deck is 520 feet high, and it costs $23.10 for an adult to visit. The ticket assigns times for the elevator to the top. My time was 5 p.m. That gave me a couple hours to wander around Seattle Center and take pictures. When I returned to the Space Needle at 4:40, the 5-o’clock line already streatched a hundred people long. This is going to take forever! I thought, but it didn’t. The line began to move before 5, and I think I was boarding the elevator at 5:15 or so. It’s a 41-second ride to the observation deck. Since it’s a glass elevator, even the ride to the top is beautiful and exciting.

Once I reached the top, I wasn’t disappointed in the price I paid to get there or the time I waited in line. The view–as views tend to be–was beautiful and breathtaking. Elliott Bay lay to the west, and downtown Seattle to the south. In the north was Queen Anne Hill and Lake Union. Low clouds covered Mount Rainier, except for its summit that peaked out above the clouds. I spent about ninety minutes on the observation deck. I took pictures, studied the view through my binoculars, and joyed at being there. The observation deck had both indoor and outdoor areas, but I spent the time outside. I watched the people and took more photographs.

In making my plans to visit Seattle, I debated buying theater tickets for that evening. I’m glad I decided against it, because even after I descended to the ground, I wanted the evening to be about the Space Needle. Again I wandered around Seattle Center and took pictures of the Needle. It was now twilight, what photographers call “The Golden Hour,” because its the best light for photography. After taking more pictures of the Space Needle, I sat by the International Fountain until after sunset. I love taking pictures when I travel, but I think it’s important to set the camera down from time-to-time and just enjoy the moment.

Walking back to the hotel, too tired to think about dinner, I stopped at a supermarket and purchased a salad and a pre-made sandwich. The next day, I caught the monorail back to downtown, and I wandered Pike Place Market, until it was time to run and catch my train. Though I didn’t do everything in Seattle that there is to do, it was a satisfying couple days. 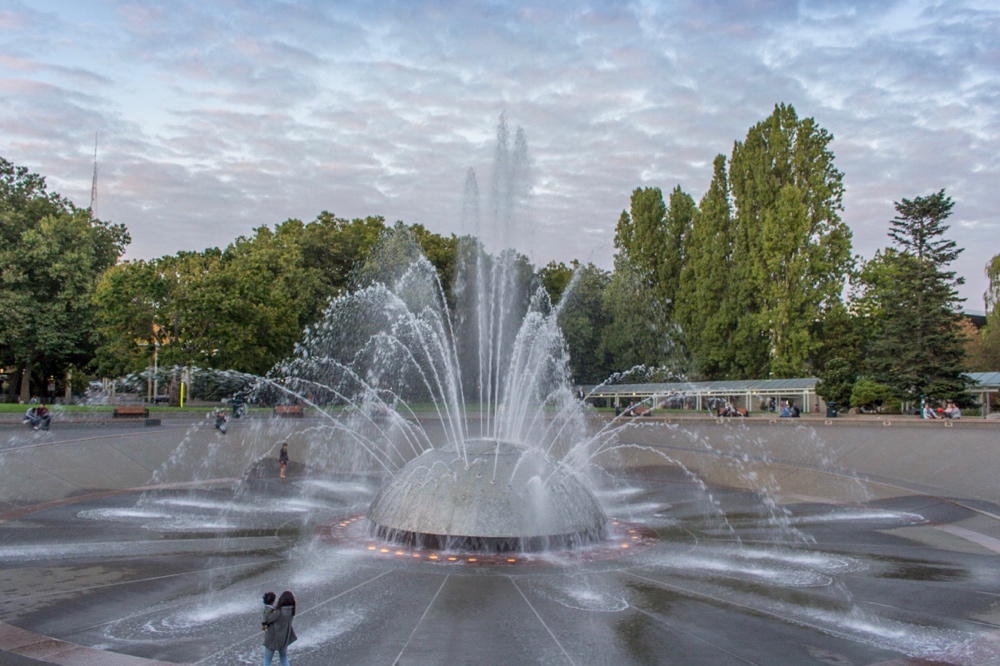