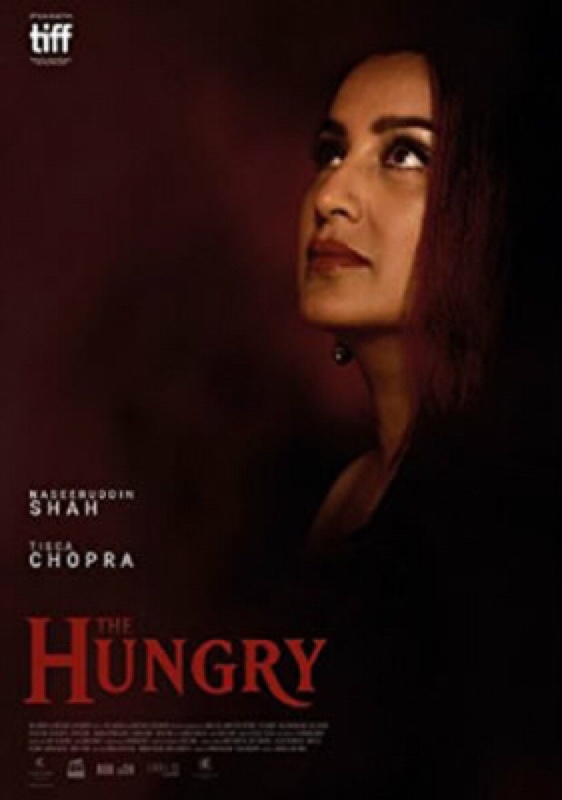 Though I’m not prone to watching Bollywood films, The Hungry is the second Bollywood movie I’ve seen in a week. The first was a ghost story entitled 1920 (2008), directed by Vikram Bhatt and starring Adah Sharma and Rajniesh Duggall. It wasn’t my intention to watch two Indian movies in the course of a few days, but both 1920 and The Hungry had been on my to-watch list for a half year, and I reached them the same week. This double-header serves as a convenient introduction to Bollywood, which I discovered has the range to give us a supernatural horror film and a Shakespearean tragedy. Since I decided not to write a full review of 1920, I thought I would mention it here and encourage you to see it. It’s available on Netflix Instant Play. The story isn’t as tight as Hollywood would’ve given us, but despite its 2 hour 23 minute runtime, I was entertained through out. I discovered that Bollywood movies always include singing and dancing. It’s the climax that made it spectacular. Instead of relying on CGI, they used make-up, acting, and practical efforts to create an exciting and frightening scene. Though I never doubted there was still room for practical effects in moviemaking, 1920 shows us just how much more convincing those effects are to CGI. 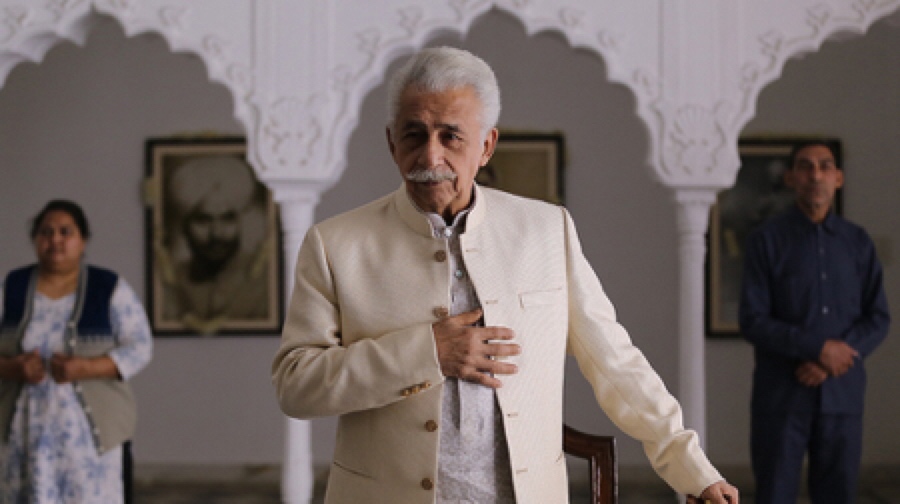 The Hungry has dialogue in both English and Hindi. Since I had subtitles turned off, I have no idea what the characters were saying, when they spoke Hindi. It mattered not. I didn’t need to know the exact words to understand the content. The plot is one of the oldest known to storytellers–revenge. A widow goes to her second marriage with the intention of avenging the death of her son. What follows is a vendetta as the two family engage in tit-for-tat murders, a contest to see which of the two families can kill more of the opposing family members. I wish I had kept score. I’m sure there’s a winner, but I’m uncertain who. I’m more certain that, in the end, the winner felt more defeated than victorious.

If a high body count was all that was needed for a tragedy, every Sylvester Stallone action movie would be a great tragedy. Believable characters separate drama from action fluff. We might not like the characters–there were very few characters in The Hungry whom I liked–but they still feel like real people to us. One character whom I did like was Loveleen Abuja (Sayani Gupta), the sister of the groom, Sunny. Played by Arjun Gupta (no relations that I know of), Sunny’s a young man looking for purpose. He reminds me of several people I know–happy-go-unlucky. Not a bad guy, but he doesn’t quiet know where he belongs. Tisca Chopra plays the widow, Tulsi Joshi, and Antonio Aakeel and Suraj Sharma play her sons, Chirag and Ankur, respectfully. My award for best actor goes to Naseeruddin Shah as Tathagat Ahuja, the father of the groom. Friendly, social, and fun-loving, he masks his nefarious activities behind respectability, but he’s one of the most ruthless gangsters we’ve seen since Al Pacino gave us Michael Corleone.

The director, Bornila Chatterjee wrote the screenplay with Tanaji Dasgupta and Kurban Kassam. Ashish Verma provided the Hindi dialogue. Nick Cooke acted as cinematographer. If the acting is the best reason to see The Hungry, the photography is the second best reason. It was beautiful. His lighting decisions were perfect. Warm tones in one scene; cool in the next–the lighting did more than light the performers faces. It also conveyed emotions and mood and help propel the story forward.

I watched The Hungry on Amazon Prime. Along with 1920, it proved to me that quality film is coming from India. The aesthetics are different, and the writing and structure aren’t as tight, but both movies were beautiful and entertaining. The acting was great. I like the setting of The Hungry–a country villa during a wedding celebration. It’s ironic that such a happy occasion masked such a violent vendetta. In the future, whenever I feel that Hollywood movies are giving me the same experience too often, I’ll turn to Bollywood for a change of pace. If you feel the same urge, you could do worst than to watch The Hungry. 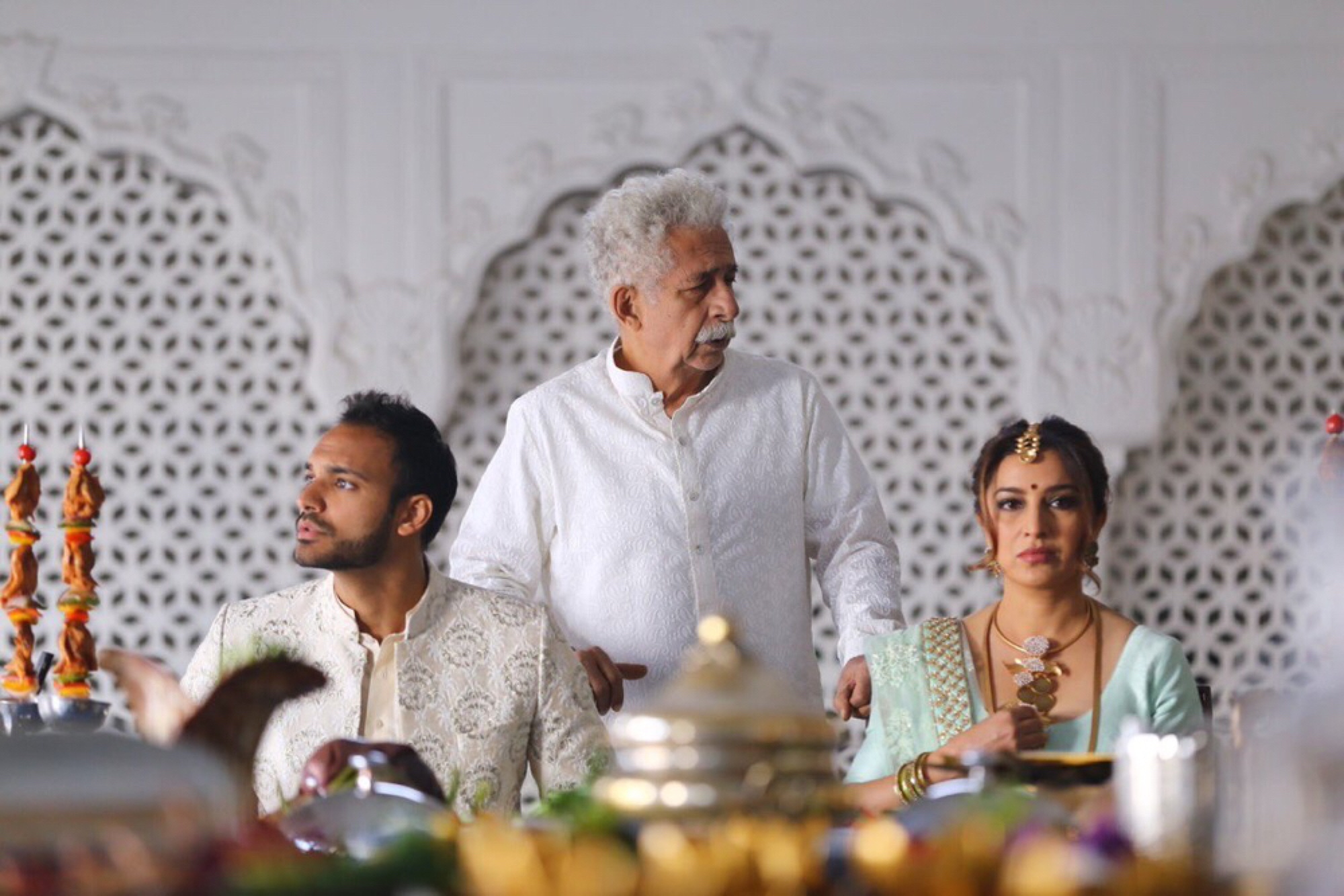