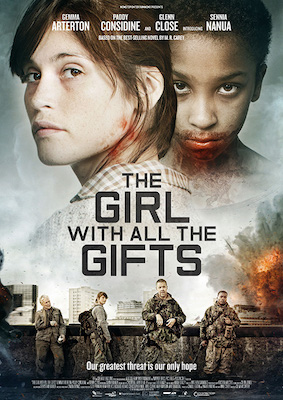 In a recent review I watched on YouTube, the critic stated that we are all feeling a little “zombie fatigue” these days. In truth, I’ve never been a great fan of zombie movies. Like a dutiful student, annoyed with the assignment but wanting a good grade, I keep watching them. From George A Romero’s Dawn to the Dead (1978) to the Resident Evil franchise to 28 Days Later (2002), I’ve seen my share of zombies. Maybe I’m not the dutiful student I claim to be, because I skipped World War Z (2013), the last two Resident Evil movies, Zack Snyder’s 2004 remake of Dawn of the Dead, and 28 Weeks Later (2007). Since I don’t seek out zombie movies, I’m sure there’s are several that I haven’t even heard of, much less seen. Not all zombie movies are bad. Zombieland (2009), starring Woody Harrelson, Emma Stone, and Jesse Eisenberg–with a cameo with Bill Murray–is arguably my favorite comedy so far this century. Indeed, of the movies I’ve listed, many are popular with both the critics and the general audience, and of those I’ve seen, I’ve enjoyed them. But the fact remains: Zombies are not the monsters I love to see.

Colm McCarthy directed The Girl with All the Gifts. McCarthy had worked in television with such series as Black Mirror, Peaky Blinders, Ripper Street, and Sherlock, but this is his first feature film. There’s no faulting him in this debut. His vision of this world is claustrophobic. Even in the outdoor scenes, everything shot felt tight, closed in, as if there’s nowhere to go, nowhere to hide, as if the world had shrunk to the size of a few city blocks. With lighting, framing, and other photography techniques, cinematographer Simon Dennis captured this claustrophobia. M. R. Carey wrote the screenplay adaptation of his novel. Cristobal Tapia de Veer wrote the score. 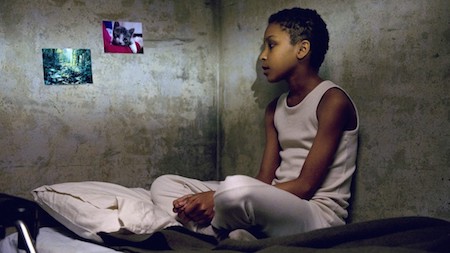 The titular character, Melanie, is a child infected with the fungus that caused the zombie apocalypse, but unlike most infected victims, she and a handful of other children are still sentient. Why? What makes them different? And in the difference, is there a cure? Those are the questions Dr. Caldwell wants to answer. When a zombie horde attacked the research base, Caldwell, Melanie, and three other survivors must make their way to Beacon, the last refuge of uninfected humans. It means traveling on foot through zombie-ridden London.

Glenn Close stars as Caldwell. As always, Close was great. As the mad scientist, she struct the prefect balance between reason and malice. Paddy Considine plays the battle-worn Sergeant Parks, and Fisayo Akinade plays Private Gallagher. Gemma Arterton stars as Helen Justineau, who protects Melanie from the suspicion, fear, and hatred of the others survivors. All the performances were excellent. But my award for best actor goes to Sennia Nanua, who played Melanie. Since she had to present a balance between innocence and viciousness, it was a more challenging role than most children roles. One scene risked becoming unintentionally funny, but Nanua played it deadpan and made the horror in it feel genuine.

This is a faithful adaptation of the novel. With minor variations, the movie and the novel tell the same story. The Girl with All the Gifts, both the novel and the movie, have become my favorite zombie tale. It breaks away from other zombie movies of recent memory. There is no Umbrella Corporation doing secret research, no sinister military department experimenting with the next bioweapon, no human cause behind the apocalypse. Nature caused this zombie apocalypse. Another reason I like it is because it’s less about zombie attacks and more about the people who survive them. All zombie movies focus on that small band of survivors who must fight off the zombies, but The Girl with All the Gifts focus on the inner dynamics of that band more than on their battle against the zombies. It made for a dramatic and emotional movie.

The Girl with All the Gifts is available on Amazon Prime and Netflix DVD. Rated R, it runs for 1 hour 51 minutes. Though a horror movie in genre, the writing, acting, photography, and directing makes it a better movie than most horror thrillers. I have no reservations in calling it my favorite zombie movie.