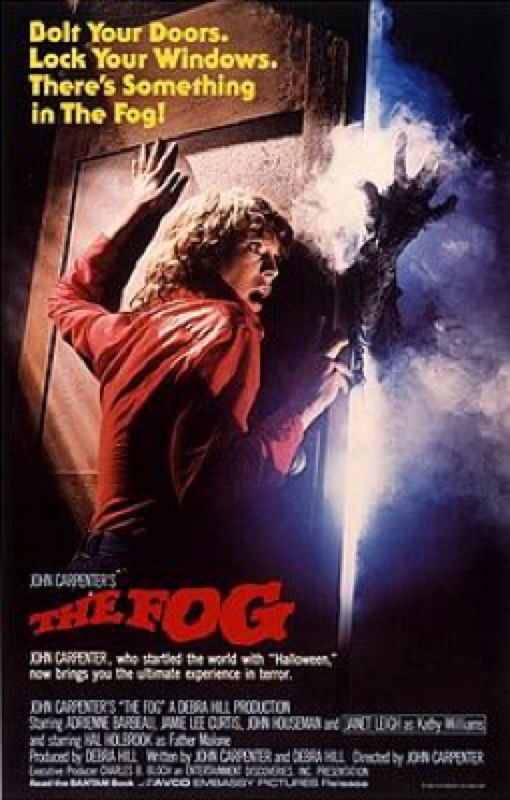 About once a decade, since its release in 1980, I find myself craving to rewatch John Carpender’s The Fog. Like a chocolate craving, it’s a craving for calories without nutrition, because after seeing the movie again, I wonder why I chose to honor such a mindless craving. This is a bad movie. It’s bad in a particular way. It’s not so bad it’s good–as some movies are–nor is it the worst of the worst. It’s bad because it could’ve been good–so much better–but the filmmakers chose not to exert themselves. This is a film without exertion from filmmakers who are not known for laziness. John Carpender gave us Halloween (1978), The Thing (1982), Christine (1983), and a bounty of other great films. He’s one of the hardest working directors in Hollywood, has been for decades, and he has given us so many hits. I understand that not every film will be a homerun, and to hit those homeruns, you’re going to hit a few fouls. The Fog is a foul. I could forgive it as such if I felt Carpender and company were swinging for a homerun. But it felt like they were trying for a bunt and ended up with a foul ball. Who fouls a bunt?

I’m done with the baseball analogy.

There’s so much about this movie that I love, which is probably why I keep coming back to it. I love a ghost story based on the idea that the ghosts come with the fog. I love the seaside setting, especially the lighthouse where Stevie Wayne (Adrienne Barbeau) works as a radio deejay. And I love the cast: Jamie Lee Curtis, Adrienne Barbeau, Hal Holbrook, and Janet Leigh. John Houseman makes an appearance as a storyteller. And Tom Atkins plays Nick Castle, the male lead. Not only did John Carpender direct The Fog, but also he brought his writing skills to the mix in the screenplay, which he cowrote with Debra Hill. The foundation for a better movie existed. So what went wrong?

Readers of this blog know that I rarely use colloquialisms like sucked, but sucked feels like the perfect term. The screenplay was far from polished; like so much about this film, it feels rushed. I’m thinking about one scene when Stevie Wayne, the deejay, needed to contact the sheriff. Having figured out there was something supernatural with the fog, she wanted to report it. But instead of picking up her phone and dailing the sheriff department–which is what most people would’ve done–she got on the air and sent out a bulletin to have the sheriff call her. More surprising, that worked! He got the message, went to a bar, picked up a pay phone (remember those?) and dropped a quarter into the slot. He must’ve known the number by heart. Maybe that’s how she always contacts the sheriff department in emergencies. Not that this call mattered. It got disconnected, and I don’t recall seeing the sheriff again during the movie. Characters existing for just one scene was a common problem with this screenplay. There were other inconsistencies. The fog, originating in the ocean, travelled WEST to reach the California shore. The Coast Guard sent out bulletins advising boaters to look for a missing vessel, but in the movie world, the vessel had already been found and returned to the dock. Such sloppiness makes me think that Carpender and Hill wrote one draft of the screenplay and shot it.

That sloppiness carried over to the production. The scenes felt rushed and the editing felt hackeyed. It had a budget of $1 million dollars, and it was shot in a month. As such, it feels like a movie that got fitted in between other schedules concerns. Maybe we can forgive them some flaws because of the low budget and tight shooting schedule, but I’m not in a forgiving mood. The Fog was presented as a feature film, so I expect the same professionalism I would expect from any feature film.

I can’t fault the actors, because the preformances were good, especially from the supporting cast. Hal Holbrook played Father Malone, the local priest, whose grandfather had also been a priest. (That was never explained.) Janet Leigh plays Kathy Williams, the local mayor. Though a small part, I award her with the best actor award for this film. Williams is a sassy, all-business career woman who is inexplicitly mean to her assistant, and Leigh gave a deadpan delivery that well-suited the character. Through her, the movie achieved most of its comic relief. The principle cast–Barbeau, Atkins, and Lee Curtis–weren’t bad, but I wanted more from these characters than what was brought to the screen. Again I fault the writing. Carpenter created Stevie Wayne for Barbeau, his wife at the time, but he failed to fuse her character into the story. She’s at the lighthouse/radio station and witnesses the fog from a distance. The same criticism applies to Castle and Elizabeth (Atkins and Lee Curtis). They race around in a pick-up truck, listening to Wayne’s frantic voice on the radio, rescuing people, and fleeing the fog. It felt very add-on. Father Malone had more to do with the central conflict than any of the main characters.

But something must be creating that craving to rewatch the movie every dacade or so. It’s the atmosphere. It’s the fog. The two best elements in the film are the setting and the strange fog that attacks the city. Nothing but practical effects created this atmosphere, but I prefer those practical effects to the CGI used in the 2005 remake. If the 1980 original has any charm–and it must have some charm to give me the cravings to see it again–that charm comes from its atmosphere.

The Fog is a movie that promised more than delivered. It’s an inferior film from a master filmmaker. But somehow it has a hold on me that causes me to want to see it every ten years or so. After fulfilling these cravings, I always regret suffering from them. The writing is so rushed that it makes the main characters feel detached from the main conflict. But it has an eerie atmosphere created by photography and simple effects. I love its premise, but I crave a better film. 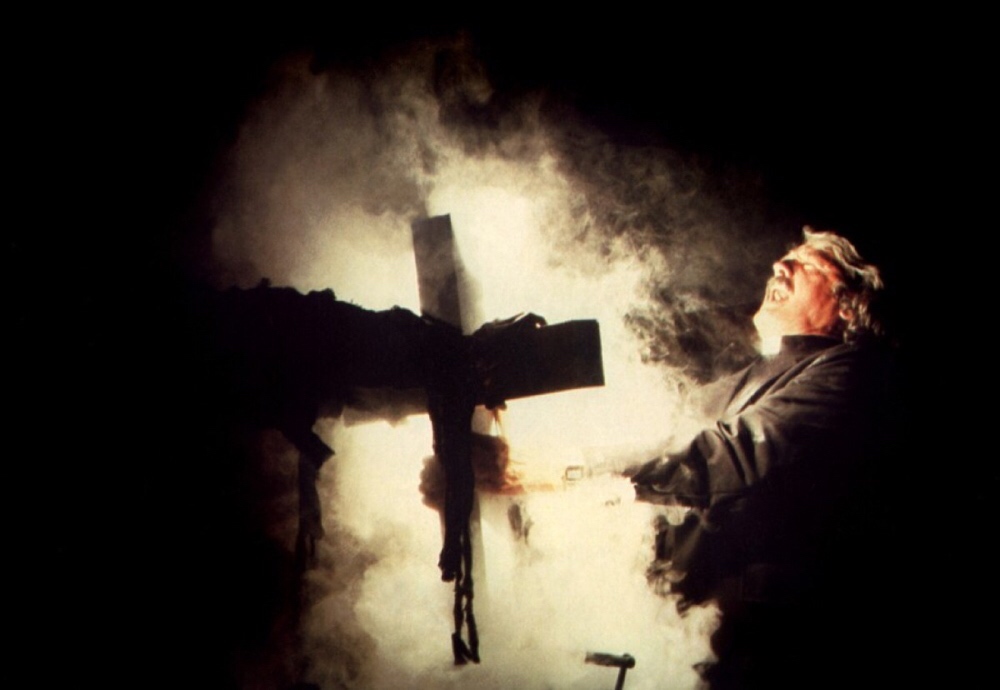