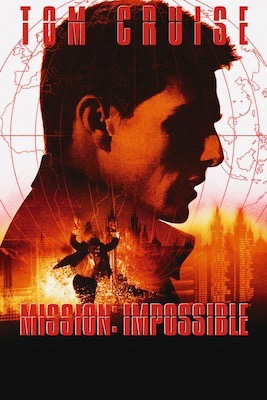 In the 1960s, Cold War anxiety, angst over the escalating Vietnam War, and popularity of James Bond movies inspired a slew of spy television shows. I Spy, The Man from U.N.C.L.E., and the comic Get Smart both entertained us and reassured us that the good guys–read the United States–would prevail. In this trend, Mission: Impossible (1966-1973, 1988-1990) appeared later and lingered longer. Created by Bruce Geller, the series was formulaic. Each episode began the same way, with Jim Phelps, played by Peter Graves, listening to a self-destructing tape that outlined the mission followed by the title sequence–a burning fuse showing a montage of shots from the current episode, while the theme written by Lalo Schifrin played. Inspired by the Morse Code for M.I., this theme joins with the theme of Jaws ((1975) and The Imperial March from The Empire Strikes Back (1980) to become one of the most recognizable musical scores in modern entertainment. As the episodes began the same way, they ended the same way, with the IMF agents, more con artists than action heroes, used the antagonist’s tragic flaw to dupe him into triggering his own dismiss. Face masks, spy gadgets, and elaborate ploys characterized these shows. Even as a kid, I recognized that the missions were more improbable rather than impossible, but that never stopped me from catching every episode I could.

Back in the 1990s, when I heard Hollywood intended to make a Mission: Impossible movie, I had mixed feelings about it. Already Hollywood had a track record of making bad movies from good television shows. And I was sour on Tom Cruise, who felt like he was in too many movies. Though I appreciated his talent and dedication, I was getting tired of seeing his face. (Confession: I’ve still haven’t seen Top Gun (1986), Cocktail (1988), Days of Thunder (1990), or Jerry Maguire (1996) for the same reason. Only now, thirty years on, am I coming out of my sour-on-Cruise phase.) On the plus side, Robert Towne (Chinatown) and David Koepp (Jurassic Park) wrote the screenplay, and Brian De Palma–yes, that Brian De Palma–directed it. How do you say no to a Brian De Palma movie?

After seeing the movie the first time, my feelings were still mixed. I was entertained, but it was far from the best movie of the year, and it strayed too far from the Mission: Impossible of my childhood.

In anticipation of the upcoming Mission Impossible: Fallout, I watched the original movie again. Again my feelings about it is mixed, but I am warming to it. For the first time, I appreciated the balancing act De Palma had to perform. He knew he had to find inspiration from the television show, but he also knew that a faithful adaptation would fail. It wasn’t enough to take a plot written for a 40-minute television episode–40 minutes to allow for commercial interruptions–and expand it into a 2-hour movie. That’s the course a lessor director would’ve taken. De Palma decided to play homage to the source while transforming Mission: Impossible into an action thriller. 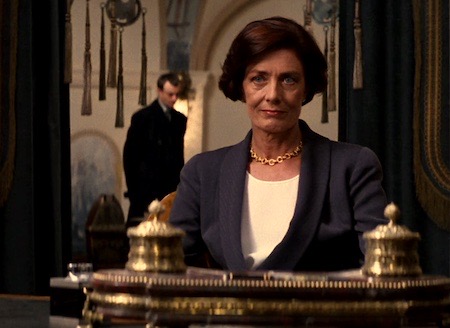 In a pre-title sequence, he paid homage to the television show and introduced Ethan Hunt (Cruise) as the new main protagonist. In the title sequence, he again play homage to the source. A fuse burned and we watch a montage of shots from the movie we are about to see. Schifrin’s theme played. In a further homage to the television show, De Palma introduced the main plot by having Jim Phelps, played by Jon Voight, listening to the mission outline. The mission felt like a quintessential episode of the television show. We were in familiar ground, until the mission went south. At that moment, it transition away from its source. It became the action movie it needed to be in order to draw in the audience and found a cinematic franchise.

My favorite sequence of the movie is that mission that went south. This is a De Palma movie, and in that sequence, he gave us De Palma as we best know him. The foggy streets of Prague, the cobblestone walkway by the river, the quiet, romantic night shattered by sudden violence–it felt like a Cold War spy thriller. Though my favorite part of the movie, it’s not the most memorable. That belongs to the set piece in the middle, where Hunt and his team of disavowed IMF agents break into the CIA. Even if you’ve never seen Mission: Impossible, you’ve seen Tom Cruise hanging on a harness from the ceiling. Like Marilyn Monroe’s flying skirt from The Seven-Year Itch or Humphrey Bogart’s fedora and overcoat from Casablanca, that shot of Cruise is now an iconic image. Sound is important in movies, but when I think of that sequence, I don’t think of sound but of silence. Danny Elfman wrote the score, but not one note of it played during the harness scene. In the silence, tension grew. Once again, De Palma gives us De Palma. The man’s a genius when it comes to visual storytelling. No music, no dialogue, just shots of taunt ropes, sweat drops, and scurrying rats. Though I’m lukewarm on the movie as a whole, it’s worth seeing just for that scene.

Joining Cruise and Voight in the cast were Henry Czerny, Emmanuelle Béart, and Jean Reno. Ving Rhames played Luther Stickell, the only other character other than Ethan Hunt who has appeared in all of the Mission Impossible movies. Kristin Scott Thomas, Emilio Estevez, and Ingeborga Dapkūnaitė also appear in the movie. My award for best actor goes to Vanessa Redgrave. As the arms dealer Max, she gave us a villain that was both charming and tough, both light-hearted and ruthless.

Brian De Palma took a 1960s television show and turned it into action movie franchise for the new millennium. It’s a delicate balancing act to begin a movie as one thing and transition it into something else, but De Palma was the man for the job, and he performed it well. The plot flows. The characters, especially Ethan Hunt, feel authentic and relatable. And the villains are realistic. People like Max exist in the real world. The mission, protecting the identities of CIA agents, feels grounded in reality. We know spies must do this. There’s nothing exceptional about Mission: Impossible, but it is entertaining, and it gives us many exciting moments. 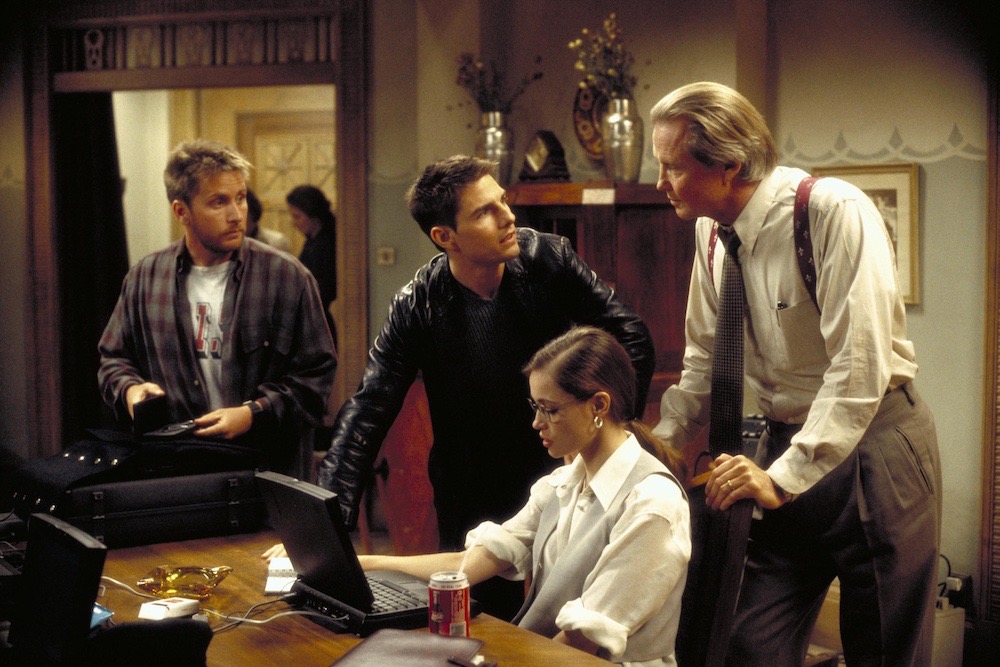