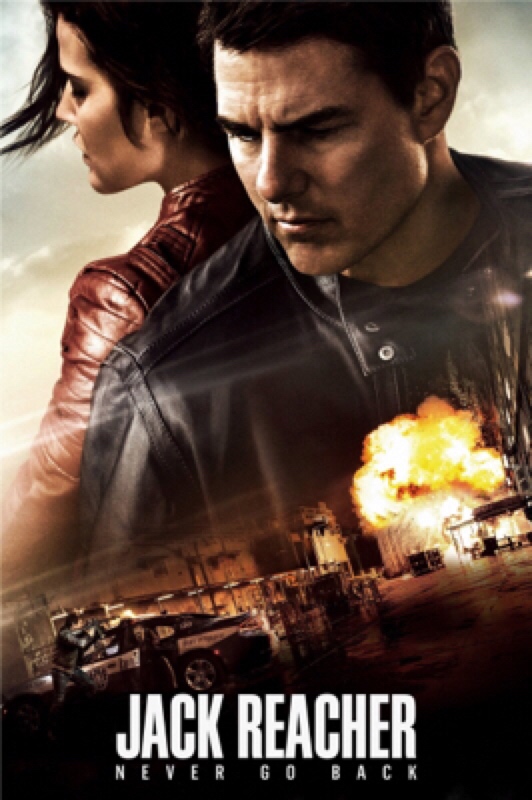 Why do people who make action films believe they need to be mindless entertainment? Why do they think that all we need and want are fist fights, car chases, gun battles, and big explosions? Those are staples of the genre. They need to exist in action films in the same way that kisses need to exist in romance or the game-winning touchdown need to exist in sports movies. Action films, by their nature, are formulaic. Often the writers are just connecting the dots between fist fights and car chases, but that rarely produce a satisfying film. There are two ways for an action film to stand out. Either those fist fights and car chases and gun battles need to be really spectacular and original, or the lines that connect the dots need to tell a meaningful story. Jack Reacher: Never Go Back fails to do either.

Edward Zwick directed Jack Reacher: Never Go Back. Along with Richard Wenk and Marshal Herskovitz, he wrote the screenplay. It’s based on the Lee Child’s novel by the same name. This is Tom Cruise’s second outing as Jack Reacher, but since Child has written twenty-two Reacher novels, I suspect it won’t be his last.

Jack Reacher heads to Washington D.C. with the hopes of having a date with Susan Turner, a woman he has talked to several times on the phone but has never met. When he arrives in D.C., he learns she’s in jail for espionage. Accused of murder, he’s also arrested. After he and Turner break out of jail, they strive to clear their names and expose the real culprits. This predictable, cliché-filled story is the weakest element of the movie. Left alone, it would’ve made a bad movie, but strong performances made Jack Reacher: Never Go Back better than it deserved to be.

Tom Cruise plays Jack Reacher, and Codie Smulders plays Major Susan Turner. Since I believe Smulders’ Agent Hill adds a lot to The Avengers movies, I loved seeing her in something new. But since she played the same type of character–military woman–it wasn’t much of a reach. Still I award her as best actor, because what I liked best about Jack Reacher: Never Go Back came from her. Turner is every bit as tough as Reacher. In a very real way, she’s a female version of the titular character. She kept up with him punch-for-punch, foot chase after foot chase, and shot after shot. I love that the female lead wasn’t just a pretty face for the hero to seduce and rescue. I hate the damsel-in-distress cliché, and Susan Turner is too strong to ever be in distress. 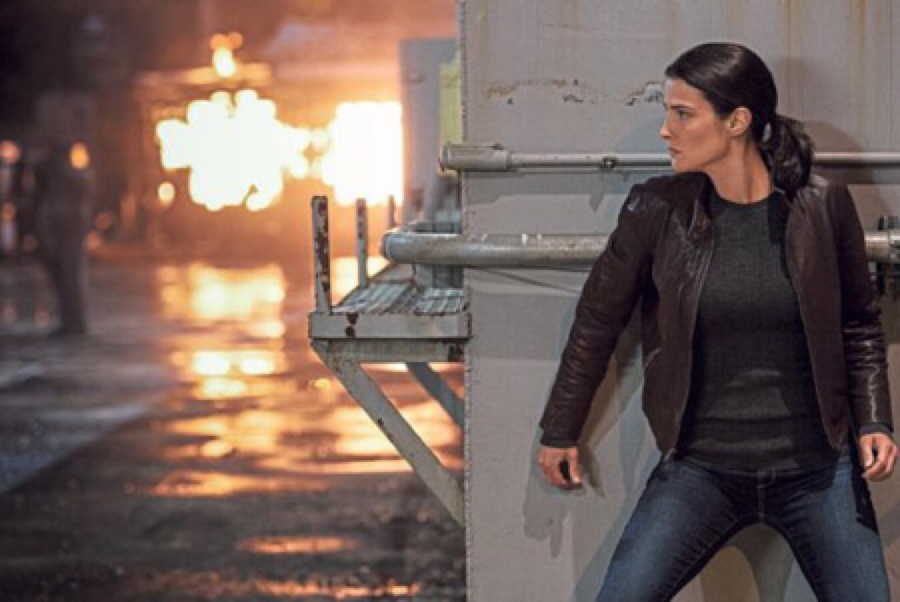 But the filmmakers did give us a damsel-in-distress in the character of Samantha (Danika Yarosh), a teenaged girl who may or may not be Reacher’s daughter. They got so many things right with Susan Turner, but they ruined it with Samantha. She exists only to be the damsel-in-distress. They made her street smart, which is a type of strength, so she wasn’t entirely helpless, but what Samantha added to the story was less than what she took from it. I don’t blame Yarosh, who played Samantha in a convincing manner, but I blame the writers who gave the character neither depth nor motivation.

Jack Reacher: Never Go Back is both an action film and a detective story. As an action movie, I was disappointed in the set pieces. They felt rushed and unimaginative. As a detective story, it brought nothing fresh to the genre. In truth, I hated the story. Yes, the accusations of murder and espionage that began the movie were false, but by the end, both Reacher and Turner had committed several crimes that should’ve landed them in prison for a long time. So the story felt contrived and unbelievable. It didn’t have to be that way. With only a few minor changes, they could’ve had the good guys fight the bad guys in a more realistic plot, and that would’ve been more satisfying.

The filmmakers attempted to develop a theme about the fate of veterans. For the first time since the end of Vietnam, we live in an America with a large population of returning soldiers who facing the challenge of returning to civilian life. So it’s an important theme to develop, a relevant theme, and it would’ve elevated Jack Reacher: Never Go Back from mindless entertainment to meaningful action film. Unfortunately, they failed to give the theme the attention it deserves. I think of that as an opportunity cost. The runtime they gave to Samantha could’ve been better spent developing this theme.

Jack Reacher: Never Go Back is an average action film. I’ve seen worst–much worst–but I’ve also seen better–much better. If you are an action-movie addict, or a fan of Lee Child, you’ll probably like this movie more than I did. Plus I think it is a good movie to watch when you want mindless entertainment. We all have those moods. But if you want more substance, even in a genre movie, then look elsewhere. 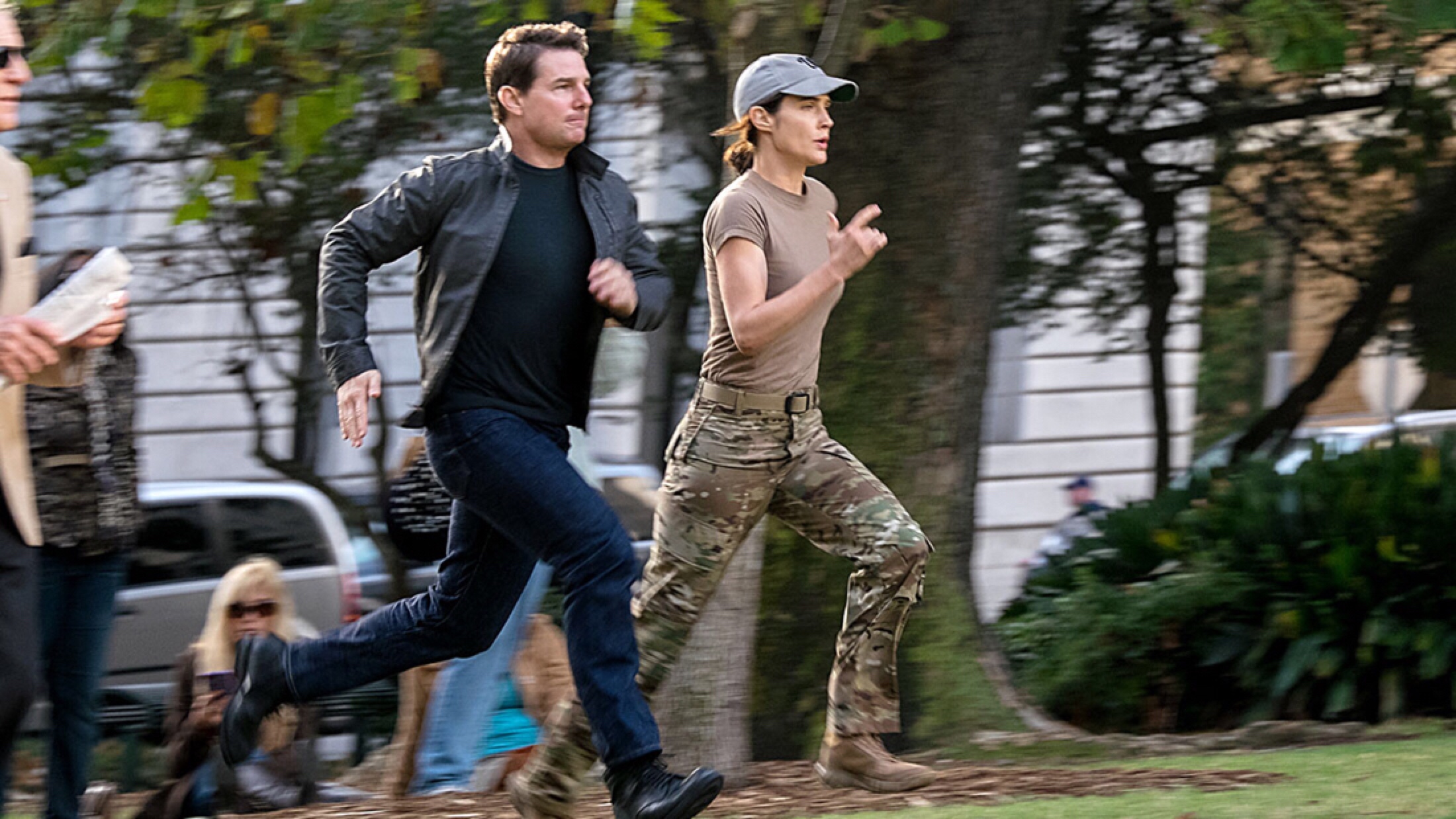