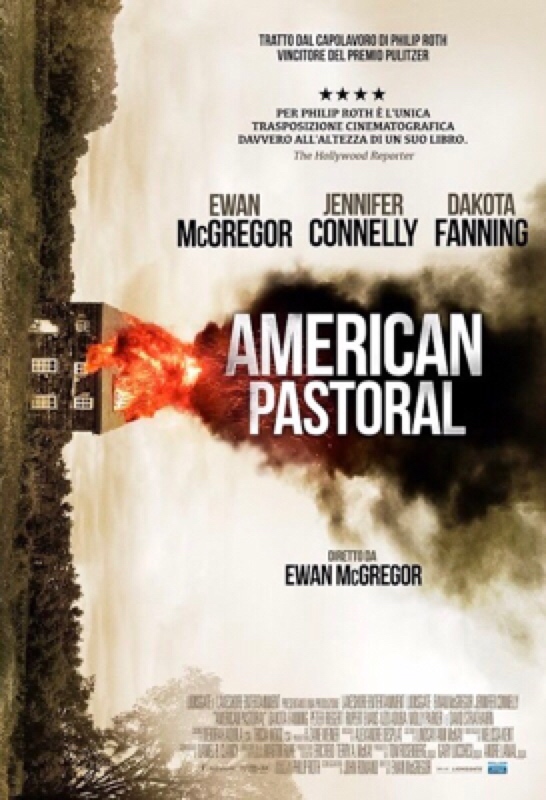 Looking from the outside, Seymour “Swede” Levov has the idyllic America life. He runs a glove factory that has been in his family for generations, and he’s married to a former Miss New Jersey. They have a daughter, Merry, who, despite her stutter, grows to become a passionate dissedent. They live in rural New Jersey where Dawn raises cattle and from where Swede commutes to his factory in Newark. It seems a peaceful, idyllic life, but once through the front door and behind the facade, it’s obvious that the Levovs are a family in turmiol. Discord turns tragic when Merry, at only seventeen, commits a brutal murder.

Ewan McGregor directed American Pastoral, and he stars in it as Seymour Levov. Jennifer Connelly stars as his wife, Dawn, and Dakota Fanning as Merry completes the faimly. Based on the Philip Roth novel by the same name, American Pastoral tells the story of the Levov family, leading up to Merry’s crime and following through with its aftermath. It’s a faithful adaptation of the novel. It touches bases with all plot points and it peoples the world with all the main characters and most of the minor ones. But in this faithfulness, I fear, it somehow missed the point. After watching the movie, I felt disappointed. But why? The preformances were convincing. The screenplay by John Romano was competent. I loved the photography by Martin Ruhe, who seemed to light many scenes with available light to great effect. So what went wrong?

For starters, the movie began with a long passage of voiceover. How I loathe voiceover! I won’t say that it has never been used effectively, but I will say that for most movies it’s in, it’s a crutch. We expect filmmakers to tell us the story visually and through dialogue and other interactions between the characters, but voiceover tells us the story with narration. It tells us what we are to make of the story we came to see; it tells us rather than letting us come to our own conclusions and interpretations. For that reason, I almost always feel cheated when a movie relies too much on voiceover. In American Pastoral, the narrator in the voiceover is Nathan Zuckerman (David Strathairn), an aging writer who had idolized Swede as a boy and who had now learned of his death and about the tragic affairs that consumed his life and shattered his happiness. Apparently, Zuckerman is now relaying the story to us, the viewers. This frame existed in the novel, so I suspected McGregor and Romano felt compelled to duplicate it in the movie, but what works in print doesn’t always translate to film. So much better would it be if they had cut the voiceover, left the Zuckerman frame on the cutting room floor, and told Levov’s story without any other pretense.

Because the main plot needed more work. It felt choppy, episodic, and incomplete. Since I had read the novel, I was able to fill in the gaps for myself, but I fear anyone who hadn’t read the novel would’ve felt lost, would’ve wondered the connection between scenes, and would’ve lost track of the character arcs. A few more scenes woud’ve made the story feel smoother and cleaner. I fear Connelly’s Dawn suffered most from this choppy presentation, because she experienced the most dynamic and unsettling character arc. Connelly played each stage of that arc brilliantly, but without the intervening scenes, it felt as if Dawn was a different character everytime she was on screen. 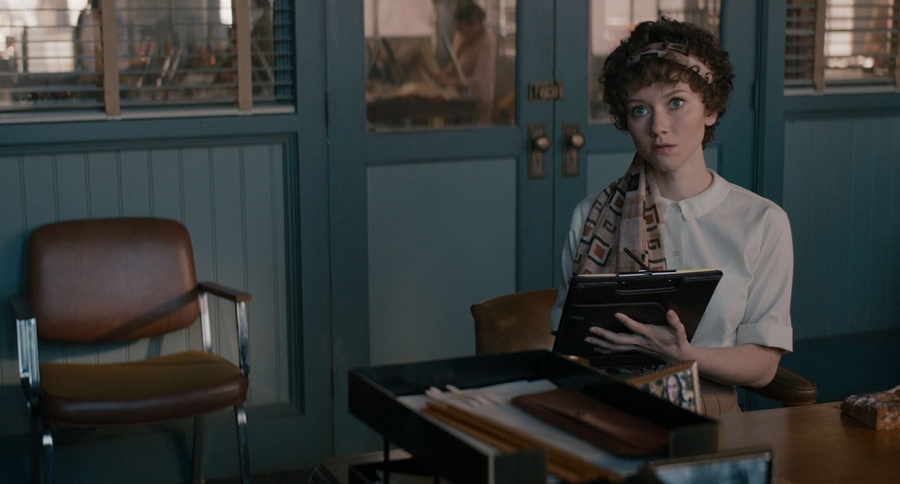 The film pulled its punches. American Pastoral, the novel, had several brave scenes, but the film skirted around some of them. I’m thinking about one moment in the novel that made me cringe when I read it. When the film came towards that moment, I found myself anticipating it with with dread. Since it was a cringe-worthy scene, I didn’t want to see it on film. Please don’t do this! I thought. And you know what. They didn’t do it. They took that scene a different direction, still bad, still made me cringe, but not as bad or as cringe-worthy. Instead of feeling grateful, I felt cheated. Better to cut the scene altogether than to change it. Another pulled punch dealt with the relationship between Seymour and his brother Jerry (Rupert Evans). Jerry was a pragmatic, tell-it-like-it-is, cruel-to-be-kind character in Roth’s novel, and he and Seymour had several important and emotional scenes between them, but the movie demoted Jerry to a background character, no more important to the plot than Nathan Zuckerman.

One punch not pulled was the hotel scene between Seymour and Rita Cohen (Valorie Curry). Rita was a young woman who served as a go-between for the fugitive Merry and Seymour. What happened between Seymour and Rita was, for me, the most memorable scene in the novel, and McGregor captured it beautifully on screen, making it the most memorable scene in the movie. McGregory performed his part perfectly–he was never more Seymour “Swede” Levov than in this scene–but the true success of the scene lay with Curry. In fact, her performance as Rita throughout the film felt like the most accurate adaptation of a character from the novel to the movie, and for that reason, Curry wins my award for best actor.

Set during the turmiol of the Vietnam Era, Roth’s novels explore the conflict between America as we want it to be and America as it truly is. It’s a thematic conflict, and I mentioned in my review for the novel that it’s the main reason to read American Pastoral. But in the movie, this broad conflict becomes personal; it’s the conflict between the Levov family as Seymour wants it to be and the family as it truly is. Is this a less important theme to explore? No. Many movies have explored familial discord to excellence, and no one, not even me, has criticized them as being unimportant. But when I sat down to watch American Pastoral, I wanted it to reach for that broader theme. I wanted the Levovs to be a microcosm for America–as they were in the novel–but this film adaptation failed to reach for that. Instead it became a movie about how social turmiol impacted and destroyed the family.

This review is more criticism than praise. I fear that might be an injustice to the movie that has many redeeming qualities. Most importantly is the performances by all the actors, but especially by Jennifer Connelly and Valorie Curry. Next comes the photography that is moody and atmospheric. The story elements, like plot and characters, come third. I enjoyed reading Philip Roth’s novel, but my review for it was, at best, luke warm. It’s a novel worth reading, but it’s in no way a must-read. Watching American Pastoral is even less of a must. Add it to your Netflix queue, if you want, but don’t boot it up to top position.