The Well-Beloved by Thomas Hardy 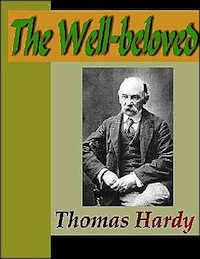 We read Thomas Hardy today because he’s still relevant, but perhaps the issues that made him relevant in his time, due to the changing nature of the world, are different than the things that make him relevant in our time. The relevancy of The Well-Beloved, dealing with the superficial nature of romantic love, makes it feel like a novel written for modern times. In my mind, this is the primary strength of the book.

As is so often seen in men of our times, Jocelyn Pierston favors young women. In his youth, he has a failed romance with Avice. Twenty years later, he meets her daughter, also named Avice, and tries but fails to romance her. Twenty years older, now a man of sixty, he meets a third Avice, granddaughter to the first, and he also romances her. This pursuit of the younger women is inspired by a fancy of his, which he calls “the well-beloved.” There is one woman he loves but she moves from woman to woman, from body to body, never staying in the same woman long. When he sees her, he courts her, until she vanishes, or, just as likely, appears in the next woman.

This is a lessor novel by an accomplished novelist; it is not his best work. In fact, of the novels by Hardy I have read, I would call this his weakest novel. It reads more like a first draft than a refined story. Too much of the story is told in exposition. There is drama on the page, but the scenes felt truncated. Conflict was never allowed to fully develop. That is a weakness of the story, but a strength of it was that I felt the conflict, boiling in the subtext, as I felt characters thinking and feeling things that they never said.

Unless you have a strong interest in Thomas Hardy or in English literature, I would not recommend you read this novel. He wrote better novels, namely Tess of the D’Urbervilles or Jude the Obscure. If you are interested in reading him, I would recommend either of those novels. Despite this weak opinion of The Well-Beloved, I’m glad I read this book, because it gave me a broader understanding of one of my favorite English writers.