The Portrait of a Lady

Home / Classic Literature • The American Novel / The Portrait of a Lady 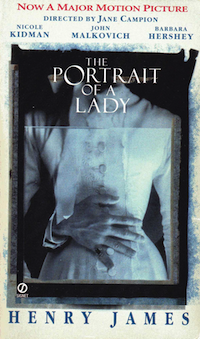 “Laborious,” one Goodreads reviewed wrote. Another compared it to getting a “workout at a gym.” And a third called it “needlessly long.” I understand their feelings. I have to confess that I struggled with this novel. I struggled with it, even though this was my third reading and I knew what to expect.

No doubt, there are easier books to read. Henry James wrote in a dry, didactic voice that was falling out of vogue even as he was penning this novel. The tone reminds me of a dusty lecture hall where an aging professor, dressed in tweed, rambled on in monotone about a topic of little interest to his students. Like the bored student in the back row, I often found myself watching the clock and dozing. This style is the novel’s greatest weakness, and if you are a casual reader who has no interest in knowing Henry James’ role in American literature, the style is a reason to skip this novel.

The question at the heart of this novel is: Will Isabel Archer make a happy marriage? We could phrase it in boarder terms, Will she be happy?, but since this is a 19th Century novel of manners, her happiness hinges on her husband’s character. When she inherited a small fortune from her uncle, she planned on using it to assert her independence and tour the world. Instead she falls victim to a fortune hunter, Gilbert Osmond. The novel’s conflict arises from her tense marriage to Osmond and from the role Osmond demands Isabel to play in arranging his daughter’s marriage.

Henry James is America’s first great expatriate writer. Like himself, his characters tend to be expatriates. They live abroad, mingle with Europeans, and struggled to reconcile Old World traditions with New World progressiveness. Isabel stands at the pivot of the old and the new. She admires the old traditions, even practices them, while imagining a life for herself independent from them.

Where The Portrait of a Lady is boring, it is very boring. Where it is interesting, it is very interesting. I would be reluctant to recommend this novel to the casual reader, but I would recommend it to anyone who studies American literature and to anyone who likes thought-provoking plots and intriguing characters. Once you work through the didactic style, there is a story here worth knowing.