The Betsy by Harold Robbins

Home / The Betsy by Harold Robbins 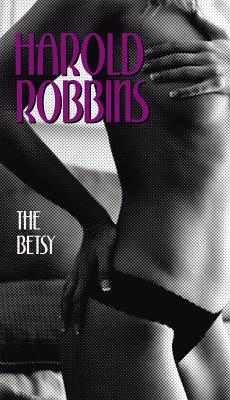 Imagine a world where women say only what men want to hear, where they work to fulfill a man’s every whim, and where they reach their, um…sexual satisfaction with the ease of turning on a light switch–this is the world Harold Robbins created in The Betsy. If the female-marketed Harlequin romances have a counterpart in the male market, that counterpart is Harold Robbins. Let me make it clear from the start: This is not a good novel; in fact, it is one of the worst novels I’ve ever read. It took me forever to read it, because I could stand to read it for only fifteen or twenty minutes a day. So why did I bother?

Back in 1978, I saw the movie based on this novel. Though I don’t remember much about the movie, I do remember liking it. Was it a great movie? I don’t think so, but I do think it was a good movie. Starring Laurence Olivier, Robert Duvall, and Tommy Lee Jones, it had the cast to be a good movie. Over the years of reading and going to movies, I developed a theory: Good novels made bad movies; bad novels made good movies. Though I do not believe this is a scientific law, I do believe it is an esthetic truism. For the purpose of this blog, I decided to perform a survey of bad novels becoming good movies, and good novels becoming bad movies. Unfortunately, that meant reading bad novels. Since The Betsy was the first novel that came to mind, I started with it.

If the measure of a successful writer is the number of books sold and dollars earned from said books, Harold Robbins (1916–1997) is one of the most successful writers in America. When Ernst Hemingway asked Robbins why he writes, Robbins answered, “Wealth.” Wealth he achieved. He lived like a Hollywood star in a Beverly Hills mansion; he jet-setted across the continents like a playboy. His novels sell so well that even now, sixteen years after his death, they are still being written. These days ghost writers hired by his estate writes them. In honor to his memory, I wish I could tell you that The Betsy was written by one of these ghost writers, but I cannot. Robbins, himself, penned this novel.

The Betsy in the title is a car that Loren Hardeman, Number One, wants to build in order to revive his dying automobile company. He hires Angelo Perino, a retired race car driver, to oversee the project. Since Loren Hardeman the Third, Number III, the current president of the company, would not approve of wasting company resources on such a risky venture, Perino must work in secret. This is the set up of The Betsy, which could’ve been a novel about corporate gamesmanship, or a novel about the rise-and-fall of Angelo Perino, or a compelling family saga, but instead it became a novel about bedroom gymnastics. (To achieve some of the positions described, you would have to be a gymnast if not a contortionist.) I’m being unkind and unfair: When compared to modern pornography, the sex scenes were not that frequent or explicit.

The literary use of sex in fiction is to advance the plot or to develop the characters. With a few exceptions, the use of sex in The Betsy neither advanced the plot nor developed the characters. Sex was Robbins fallback position; whenever he became stuck in the plot, didn’t know what to write next, he wrote a sex scene, and since neither plot nor character development was Robbins’ forte, he was often stuck. At least on reading the novel, that what it felt like. He threw in a few disruptive flashbacks that served no purpose except to create new contexts for sex scenes. He created female characters whose sole purpose in the novel was to provide new women for Number One and Perino to seduce. I’m thinking of a Hertz Rent-A-Car employee who was in the reader’s face at the beginning of the novel, but who disappeared, without explanation, after Perino managed to seduce her once or twice.

If you took out the sex scenes, not much remains. The characters, even the main characters, are flat, flat to the point of being dull, and the plot, where it existed at all, was contrived. I can’t even give the novel the criticism of being melodramatic. There was no drama. No tension. No conflict. A crisis started in one scene, only to be resolved in the next. The compelling plot question is Can Perino build The Betsy, but since Robbins knew little about what it would take to design, build, and bring to the market a new car, he muddled the plot with unrelated personal relationships, disruptive flashbacks, and silly sex scenes. (They were silly!) Robbins knew something about Detroit automobile industry and the corporate world, but no more than he could glean from attending a series of cocktail parties.

I recommend this book to no one, not even even to those who want to read a sexy book. If erotica is what you seek, there are significantly better writers writing it. I’ll leave you with a small sample of Robbins writing:

The telephone began to ring. Modern motels have everything.

Yes, they do. They even have phones.