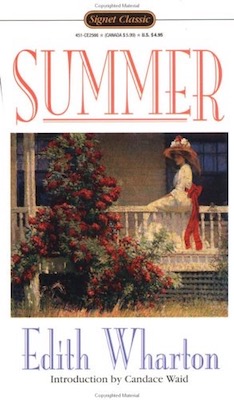 I know the mountain. I lived there for two years. We called it Onion Creek, and it’s not much of a mountain, as mountain goes—more of a foothill—but it was an isolated, rural land populated by outlaws. Everyone carried a firearm, often in Western-styled holsters, and several people were engaged in the then-illegal trade of growing and distributing marijuana. Many lived in hand-built cabins without running water or electricity, accessed down narrow dirt roads that were snow-covered for four months and muddy for two. I called them outlaws, but for the most part, they were good people who craved a simpler life that felt true to their values. Those living in the nearby towns resented them, distrusted them, judged them inferior people. But hasn’t there always been a rivalry between the country and the town?

Charity Royall, the protagonist of Edith Wharton’s Summer, was born on the mountain. While she was still an infant, Lawyer Royall traveled to the mountain and brought her to North Dormer. He and his wife raised her as their ward, even giving her their name. But after his wife died, Royall developed sexual feelings for Charity. One night he came to her room, but she chased him away with a chiding. The incident made her realize how vulnerable and dependent her situation was. Deciding she needed her own money, she applied to become the keeper of the local library. She was hired. But one day, as she worked in the library, Lucius Harney, a stranger to town, came in looking for books about local history. Attracted by his urban, even cosmopolitan manner, Charity realized how narrow and simple her life in North Dormer was. So begins this short novel—more of a novella—that many critics describes as Edith Wharton’s most erotic novel.

It’s believed that the phrase keeping up with the Joneses refers to Edith Wharton’s family, headed by her father George Frederic Jones. It’s exactly the type of non-provable tale that everyone believes but nonetheless is probably false. What’s not false is that Edith Wharton was not a starving writer. She was born rich, she married rich, and after her divorce she stayed rich. Born in New York during the Civil War, she spent her childhood touring Europe. Like many  girls of her age, she craved more education than was fashionable for daughters, but unlike many of her contemporaries, she gave herself that education by reading books in her father’s library. But not novels! No! Her mother forbade the reading of novels, until after Edith married.

In 1885, she married Edward Wharton. They divided their time between European tours and living at their estate, The Mount, in a house Edith designed herself. In the early 1900s, after Edward fell into depression, she began an affair with Morton Fullerton. After she divorced Edward, she moved to France, where she would live for the rest of her life. Unlike most America expatriates living in Pairs, when World War I broke out, she remained in Paris. She spent the war performing philanthropic work to help refugees and widows. She toured battlefields, at times within the sound of artillery fire, in order to write Fighting Fance: From Dunkerque to Belford. She wrote Summer in 1916 and published it in 1917. A year later, she published The Marne, a novel about the famous battle. In 1921, she became the first woman to win the Pulitzer Prize for Literature, for her The Age of Innocence (1920). 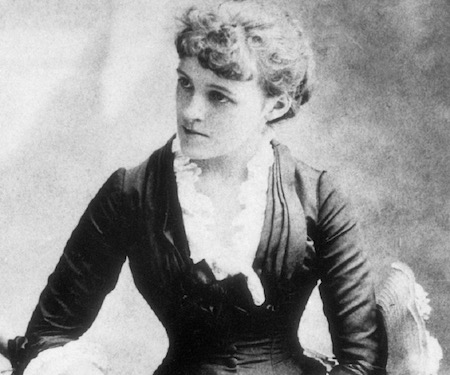 Charity is a young woman in her late teens, and Summer is her coming-of-age story. She is a strong protagonist, because though her circumstances victimize her, she fights to overcome that victimization. The best heroes—or heroines, to be gender specific—are flawed characters; Charity is no exception. She’s whiny and superficial, and she’s her own worst snob. Like many teenagers growing up in a small town, she can’t wait to escape it and experience the broader world. A strong part of her attraction to Lucius is that he comes from the big city and represents that broader world. It’s superficial, but it’s reciprocated in his attraction to her beauty. Their affair isn’t a love story. It’s a teenaged flirtation, or as the title suggest, a summer fling.

Her passing pity for Mr. Royall had been swallowed up in loathing: everything in her recoiled from the disgraceful spectacle of the drunken old man apostrophizing her in the presence of a band of loafers and street-walkers. Suddenly, vividly, she relived again the horrible moment when he had tried to force himself into her room, and what she had before supposed to be a mad aberration now appeared to her as a vulgar incident in a debauched and degraded life.

Summer is a modern story. Though it’s set in New England at the Turn of the Century, there’s no reason why the same characters and their interaction couldn’t happen in, say, antebellum South or the Midwest of the 1950s or today in the Pacific Northwest. We like to pretend that our attitudes have opened up since 1917, but have they really? Reading a novel like Summer reminds us that the evolution of attitudes moves at a much slower pace than we believe. We want to believe we are a liberal, enlightened society, but we still turn a blind eye to the homeless, still judge those living alternative lifestyles as outlaws, and still condemn the pregnant teenager as morally inferior. We want to think of America as a liberated society, but women still have fewer options than men, are less likely to rise to the high ranks of corporations, and earn less money when they do. And everyday in the newspaper, we learn about fathers, or father figures, who developed and act on sexual feelings for their children. Lawyer Royall is too familiar to us. As I read Summer, I found myself thinking about Woody Allen and his marriage to his adopted daughter Soon-Yi.

Though her The House of Mirth (1905), The Age of Innocence (1920), and Ethan Frome (1911) are better known and more often read, Summer serves as a good introduction to her work. At 195 pages, it is the perfect size for a weekend read. It’s a simple, concise story that doesn’t skimp on character development or literary quality. Though published in 1917, it deals with many American themes that remain relevant today. If you’re looking for a good novel to fill a long weekend or to past the empty hours, Edith Wharton’s Summer is a good choice.

The little old house—its wooden walls sun-bleached to a ghostly grey—stood in an orchard above the road. The garden palings had fallen, but the broken gate dangled between its posts, and the path to the house was marked by rose-bushes run wild and hanging their small pale blossoms above the crowding grasses. Slender pilasters and an intricate fan-light framed the opening where the door had hung; and the door itself lay rotting in the grass, with an old apple-tree fallen across it.