Short Story Review: “A Rose for Emily” by William Faulkner 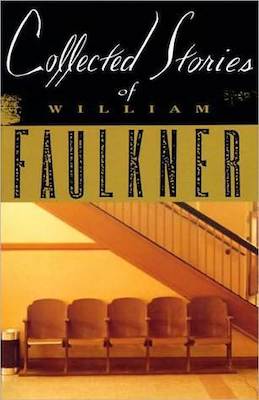 When literary scholars think of Southern Writers, they tend to first think of William Faulkner. Though Southern Literature had been around since Colonial times, in the post-Civil War era, Faulkner gave it new life and vitality. He opened doors for other Southern Writers, like Katherine Anne Porter, Thomas Wolfe, and Robert Penn Warren. Southern writing continued into modern times with such talents as William Styron, Harper Lee, and John Kennedy Toole. Let’s not forget the African American contribution with such novels as Ralph Elliosn’s Invisible Man Zora Neale Hurston’s Their Eyes Were Watching God, and Alice Walker’s The Color Purple. Of course, much of this work would exist whether Faulkner opened the door or not, but open the door he did, so he can’t be ignored.

When studying literature, one of my professors said, “Great writers obsess on one theme. Faulkner’s obsession was Southern guilt for slavery. Every word he wrote was about that.”

At first, taking the word guilt to mean remorse, I didn’t understand or agree with his point. A couple years later, after reading several more novels and short stories by Faulkner, I realized that my professor had meant guilt in the criminal sense, as the opposite of innocent. Or even in a more general way: the fall from grace. Faulkner’s South is a south that remembers the wealth of its antebellum days, a wealth based on the injustice of slavery, but now suffers the poverty of its defeat in the Civil War and the abolition of slavery. An excellent example of how he treated this theme appears in his short story “A Rose for Emily.”

First published in April 1930, in The Forum, “A Rose for Emily” was the first short story by Faulkner published in a nationwide magazine. It’s set in Yoknapatawpha County, a fictional county in Mississippi where Faulkner set many of his stories and novels.

“A Rose for Emily” begins with the death of Emily Grierson and the town’s reaction to the tragedy. In the description of Emily’s home, we’re given a beautiful example of Faulkner’s juxtaposition of historical wealth with modern poverty, an example of the South’s fall from grace.

It was a big, squarish frame house that had once been white, decorated with cupolas and spires and scrolled balconies in the heavily lightsome style of the seventies, set on what had once been our most select street. But garages and cotton gins had encroached and obliterated even the august names of that neighborhood; only Miss Emily’s house was left, lifting its stubborn and coquettish decay above the cotton wagons and the gasoline pumps–an eyesore among eyesores. And now Miss Emily had gone to join the representatives of those august names where they lay in the cedar-bemused cemetery among the ranked and anonymous graves of the Union and Confederate soldiers who fell at the battle of Jefferson.

I enjoyed reading “A Rose for Emily.” I had read it years ago, in college, but last week, I read it the first time since college. I remembered it was an enjoyable story, dark, creepy, with a macabre ending. Other than those descriptive words, I didn’t remember much else about it. So it was like reading the story afresh. It’s an easy read, told in a simple narration–something you don’t always get with Faulkner, who loved to experiment with style and language. It took me a little less than an hour to read it, but–as I have confessed before in this blog–I’m a slower reader than most people. I suspect most readers will read it in thirty to forty minutes.

I mentioned this because I want to encourage you to read it. I found it in Collected Stories of William Faulkner (Vintage Books, 1995), but it appears in several other anthologies. It’s also available online. No doubt, it’s located in at least one volume at your local library. I’m going to spend more time in these pages reviewing short stories and poetry. Once I made that decision, I spent a few weeks considering what story to use to introduce you, my readers, to this new project. Once I decided that William Faulkner will be the writer, I knew “A Rose for Emily” would be the story. It’s classic literature, yes, but it’s also an entertaining story with a spine-tingling twist.