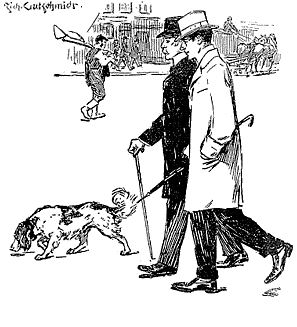 I have an image of Sherlock Holmes in my mind. On a dark and foggy night, following the trail of a murderer, Holmes and Dr. Watson wander narrow London streets. Where does this image come from? For years I wondered. I knew it wasn’t from any movie or television show. It must’ve been something I read. But when and where? As a boy, I read a few Sherlock Holmes short stories, but I do not remember reading any of the novels. But I must’ve read The Sign of Four then, because when I read it now, I realized that the image I described came from this novel. It is how I want to think of the great detective: shrouded in fog and darkness, flanked by Dr. Watson, surrounded by a sense of danger.

Over the next few months, I’m going to read and review Sir Arthur Doyle’s Sherlock Holmes canon in the order that the tales appeared in book form. Doyle published four novels and fifty-six short stories about his celebrity detective. In September, I reviewed the first Sherlock Holmes tale, A Study in Scarlet; this month, it is The Sign of Four. Since this novel is in public domaine, there are dozens of editions available in both paper and ebook forms. I purchased an illustrated Kindle edition for 99¢, and it was in that form that I read the novel. As was the practice in those days, The Sign of Four first appeared in a magazine, Lippincott’s Monthly Magazine, the February 1890 issue, but it was republished in as a book later that year.

In A Study in Scarlet, Dr. Watson, home from the Afghan War, agreed to take a flat with Sherlock Holmes, a stranger whom incited Watson’s curiosity. As Holmes flat mate, he learned the Holmes is a self-proclaimed “consulting detective.” To demonstrate to Watson his skill, when summoned to a murder scene, Holmes invited Watson along. As I said in my review of A Study in Scarlet, the novel suffered a structural handicap. Holmes identified the villain before the novel’s halfway point, and the rest of the novel was an extended flashback to explain the motive behind the murder. Though entertaining, it felt amateurish. It lacked mystery and suspense. It was clear to me that Sir Arthur Conan Doyle had a lot to learn about storytelling. Fortunately for the reader, in the three years between A Study in Scarlet and The Sign of Four, Doyle had learn how to pace the story to create mystery and suspense from the first page to the final page.

One day, as Holmes and Watson lounge around their flat at 221 B Baker Street, a young woman, Mary Morstan visited them. She needed to engage Holmes in a mystery. Ten years ago, her father, a military man home on leave, disappeared. And five years ago and every year since, on the anniversary of his disappearance, she received a pearl in the mail. But on this day, she received a letter asking her to meet the anonymous sender at 6 p.m. at the Lyceum Theater. The sender assured her she had been wronged and that he wishes to help correct this wrong-doing. Concerned about her safety at such a dubious meeting, she asked Holmes and Watson to accompany her. In agreeing to escort her, they found themselves on the path that led the discovery of a ghastly murder and the secret of the Agra treasure. Since Holmes learned the name and deduced the description of the murderers early in the tale, much of the story involved a manhunt for the culprits. This manhunt included the nocturnal chase through London streets that I described in my opening. It also included a dramatic boat chase down the Thames that is as thrilling as any action sequence in any suspense movie or novel.

One way that Doyle created this suspense was his characterization of Sherlock Holmes, Dr. Watson, and the other characters involved in this mystery. When I finished A Study in Scarlet, since Dr. Watson narrated that novel, I felt I had a rounded image of him, but the other characters, Holmes included, felt flat, two-dimensional. Doyle corrected this fault in The Sign of Four, where he rounded Holmes into a real human being, brilliant but flawed. On the first page, we learn about one of Holmes’ flaws, his cocaine habit.

Sherlock Holmes took his bottle from the corner of the mantel-piece and his hypodermic syringe from its neat morocco case. With his long, white, nervous fingers he adjusted the delicate needle, and rolled back his left shirt-cuff. For some little time his eyes rested thoughtfully upon the sinewy forearm and wrist all dotted and scarred with innumerable puncture-marks. Finally he thrust the sharp point home, pressed down the tiny piston, and sank back into the velvet-lined arm-chair with a long sigh of satisfaction.

In these elegant opening lines, you get a sense of Doyle’s style. It is a simple action that we have seen in a dozen movies–the drug addict taking a hit–but we had never seen it like this. The “morocco case” and “the velvet-lined arm-chair” paint a picture of a man with refined tastes, but “his long, white, nervous fingers” and his arm “scarred with innumerable puncture-marks” tells a different story. It tells of the restlessness he suffers between cases. When Watson chided Holmes for his cocaine habit, Holmes agreed it was a dubious practice, but he complained about having no problem to work on. His mind, he told Watson, requires a problem to solve, and when there was no problem, cocaine eased the restlessness he suffered.

As the novel progresses, as he worked on Mary Morstan’s case, we learn more about Holmes. These are the traits that movies and television shows and other popular entertainments relish–his powers of observation and deduction, his methodical nature, and his scientific examination of crime scenes. We also learn about another flaw–he is a misogynist. During a lull in the investigation, Watson said he will visit their client, Miss Morstan, to brief her in the latest developments.

“I would not tell them too much,” said Holmes. “Women are never to be entirely trusted,— not the best of them.”

It is a simple statement, reinforced by a few others in the novel, but I know from other reading, as Holmes and Watson’s association developed, we learn more about Holmes’ misogynistic attitude.

Character development is not the only way Doyle used to create suspense. He also employed descriptive language. As Holmes, Watson, and Mary Morstan travel to the rendezvous at the Lyceum Theater, Watson describes the scene.

It was a September evening, and not yet seven o’clock, but the day had been a dreary one, and a dense drizzly fog lay low upon the great city. Mud-colored clouds drooped sadly over the muddy streets. Down the Strand the lamps were but misty splotches of diffused light which threw a feeble circular glimmer upon the slimy pavement. The yellow glare from the shop-windows streamed out into the steamy, vaporous air, and threw a murky, shifting radiance across the crowded thoroughfare. There was, to my mind, something eerie and ghost-like in the endless procession of faces which flitted across these narrow bars of light,— sad faces and glad, haggard and merry. Like all human kind, they flitted from the gloom into the light, and so back into the gloom once more. I am not subject to impressions, but the dull, heavy evening, with the strange business upon which we were engaged, combined to make me nervous and depressed. I could see from Miss Morstan’s manner that she was suffering from the same feeling. Holmes alone could rise superior to petty influences. He held his open note-book upon his knee, and from time to time he jotted down figures and memoranda in the light of his pocket-lantern.

Even before our heroes discovered the murder, before we hear of the Treasure of Agra, before we learn the secret behind Captain Morstan’s disappearance, Watson and Mary sensed the danger they were in. And the reader with them. Such descriptive passages pepper the story. They accent the action scenes to give us a stronger sense of dread. Though effective, they never feel intrusive. They help set the scene. Here is another example. This one describes the beginning of Holmes and Watson’s nocturnal tracking of the murders I mentioned earlier.

The east had been gradually whitening, and we could now see some distance in the cold gray light. The square, massive house, with its black, empty windows and high, bare walls, towered up, sad and forlorn, behind us. Our course led right across the grounds, in and out among the trenches and pits with which they were scarred and intersected. The whole place, with its scattered dirt-heaps and ill-grown shrubs, had a blighted, ill-omened look which harmonized with the black tragedy which hung over it.

One weakness of both A Study in Scarlet and The Sign of Four is xenophobia. Doyle doesn’t seem to know how to describe foreigners. In A Study in Scarlet, Doyle described Mormonism in a way that is not historical accurate. According to a descendant of Brigham Young, Levy Edgar Young, Doyle later apologized for this depiction of the Mormons. In The Sign of Four, Doyle exposes his xenophobia in his descriptions of the Indian people during the Indian Rebellion of 1857. We might excuse this racism because the character who repeats it is a racist. Hence he was in character. Less forgiving is Doyle’s treatment of Tonga, a native from the Andaman Islands, who is described only as a savage. In fairness to Doyle, Tonga was not a major character and didn’t warrant a rounded character development. But the passages describing Tonga still feels xenophobic.

The Sign of Four is a short novel, prefect for a weekend reading. It is everything I want a Sherlock Holmes novel to be–full of mystery and suspense, danger and thrills. I believe it serves as a better introduction to Doyle’s Holmes than A Study in Scarlet. (But if, like me, you are on a quest to read and study Sherlock Holmes, I do recommend reading A Study in Scarlet first.) Most of all: It is entertaining. Which, after all, is the first reason to read any novel.