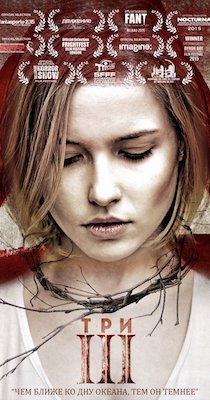 I hate dream scenes in movies! I particularly hate them in Hollywood horror movies, where they are so overworked we should give them a twenty-year vacation. Often they begin the movie and end in a jump scare that wakes the protagonist. It was only a dream! They are lazy and ineffective. Screenwriters write them whenever they don’t know what comes next, and directors film them to add a cheap thrill. They don’t know what else to do. (How about rolling up your sleeve and using—you know—that imagination you’re supposed to be gifted with.) So few films do dreams right. But then occasionally you come across a film like III: The Ritual, whose dreams sequences are beautiful, convincing, and hypnotic.

Released in 2015, III: The Ritual is a Russian film with English subtitles. Written by Aleksandra Khvaleeva, it was directed by Pavel Khvaleev. Igor Kiselev was the cinematographer. Though I often praise the photography in movies—because it’s one of my favorite features—I believe Kiselev deserves more than the standard praise. A lot is good in III: The Ritual, but the photography stands out as the best element. I recall an early shot of a rowboat drifting in fog and another shot of a woman in a red dress descending a staircase in the woods. Those are just two examples in a movie filled with brilliant photography. The composition, lighting, and coloring help give the film its dreamlike feel. They created a chilly and enigmatic mood that drew me into the film early and kept me interested and spellbound.

Polina Davydova stars as Aya, whose sister, Mirra (Lyubov Ignatushko) is dying of a strange plague. After the village doctor claimed there was nothing to do to save Mirra, he tried to separate Aya to prevent the plague from spreading. But the sisters found refuge with the local Preist, Father Herman (Evgeniy Gagarin). As Aya browsed his library, she found a mysterious book that details a forbidden rite. She convinced Father Herman to perform the rite, and in this way, she entered Mirra’s mind to root out the cause of her disease. The movie is a series of dreams strung together by this plot and these characters. The dreams are dark, creepy, and disturbing. They stay with you like that nightmare you suffered last month. 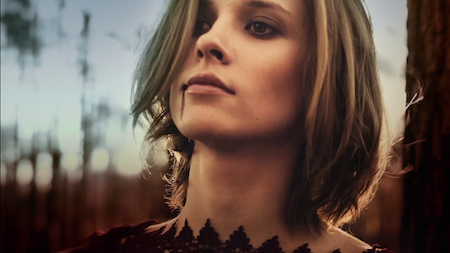 If Hollywood had made this movie, they would’ve resorted to CGI and ruined it. Make-up, set design, costume, and practical effects created the dreams in III: The Ritual. It gave the movie a tactile, visceral quality that the Hollywood remake will lack. (I’m sure Hollywood will remake it in the future.) There was one scene where I smelled the rotting flesh, and in other scenes, I felt the moist air or the warm sun. In this way, my experience watching III: The Ritual was like reading a novel. It invokes my imagination like a novel. Part of that might be because I didn’t read every subtitle—I never do in foreign films—I read enough to know what’s happening. That might’ve forced my imagination to fill in more gaps than it’s apt to do with a movie. Perhaps that’s one reason I liked this movie so much.

There other reasons—the photography, the acting, the images, the story. But if I had to name the number one reason, it would be the dream sequences. This is one of the few movies I’ve seen that shoot realistic dreams, dreams as we experienced them. If you are interested, and I hope you are, III: The Ritual is available now on Netflix. It’s a good movie to watch with the lights out.