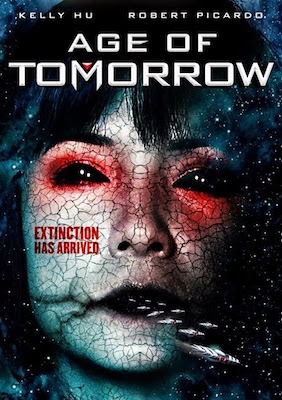 Yes, I saw Age of Tomorrow. I’m not proud of it, but I saw it. I don’t want to admit to you that I saw it, but since I saw this movie as part of my Netflix Now series, I must confess it. In truth, if I hadn’t planned on reviewing this movie, I would’ve stopped watching it five minutes into it. I knew that soon that it was garbage. But a sense of integrity wouldn’t let me abandon this commitment. As a movie reviewer, it is my job to steer your towards the movies that will be rewarding to watch and away from those movies that are worthless. How can I do that if I stop watching a movie just because I hate it?

I don’t know why I thought I would enjoy this movie. It had an intriguing poster that caught my eye, and the synopsis talked about an alien invasion. Though I didn’t expect it to be as good as movies like War of the Worlds or Independence Day, I thought it would be good entertainment. Unfortunately, I didn’t do any prior research. If I had, I would’ve learned that it was produced by Asylum Films, a company that specialize in B-movies with titles intentionally similar to blockbusters, in hopes people will confuse them. This movie was supposed to be confused with Edge of Tomorrow. I didn’t confuse them; I knew this wasn’t the Tom Cruise hit. I didn’t even connect the similar names. But if I had know this prior to watching the movie, I would’ve never selected it as a movie to review.

Age of Tomorrow was directed by James Kondelik and stars Kelly Hu, Anthony Marks, Robert Picardo, and Lane Townsend. Please know, I’m being generous. After seeing it, I doubt that anyone directed this movie, and I know that no one acted in it. I suspected that all the creative people gathered around, read the script, and realized that greatness was not within its reach. “Well, let’s collect the paycheck,” someone said. “And then go on to something better.” They filmed the movie, sliced it together, and then went onto something better. It would not be hard to find something better.

The disaster began with bad writing. You can make a good movie from a good screenplay, or you can make a bad movie from a good screenplay, but it is impossible to make a good movie from a bad screenplay. In truth, I don’t know that they had a screenplay. Age of Tomorrow felt as it was sewn together on working notes. It had too many characters, so many that I couldn’t even tell you which one was the protagonist. And they were cut from Hollywood cliches. You have the divorced father who was bad at fathering, shrugging off his parenting duties due to a dedication to the job. You have the military commander whose last mission went sour and hence wanted nothing to do with this mission. And then you had Dr. Gordon, Hu’s character. Since she was, for me, the most recognized name in the credits, I expected Gordon to be the protagonist, but in the end, she proved to be nothing but the damsel in distress.

I hate damsels in distress!

And from this bad screenplay came indifference directing, apathetic photography, and lazy acting. I think this indifference is what I can’t forgive about Age of Tomorrow. I can forgive that they didn’t have the big budget and had to make due with unconvincing special effects and set designs. I can forgive that they didn’t have a long shooting schedule or the best equipment. But they didn’t even try to make a good movie. The actors muttered their lines without any understanding of their characters or the situation. The cameramen shot the scene with paint-by-numbers photography. They were competent, but they didn’t reach for anything inventive. I have no idea what director Kondelik was doing, but I doubt he was overseeing anything. Perhaps he was on an extended coffee break during the filming.

This movie is fun the lampoon. And I love to lampoon a bad movie. I got into the habit back in the day when I watched Mystery Science Theater 3000. If that show was still on, Age of Tomorrow would be a perfect candidate for its treatment. If you want a movie to lampoon, then by all means, watch it. But if you’re seeking real entertainment, Age of Tomorrow is not for you. 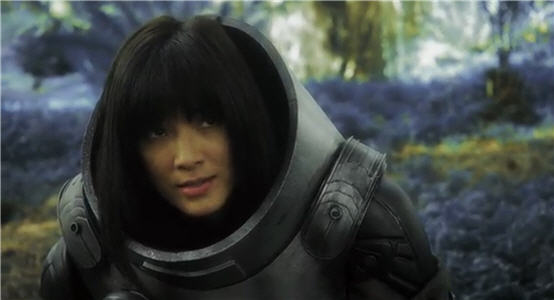