My Video Picks: Touch of Evil 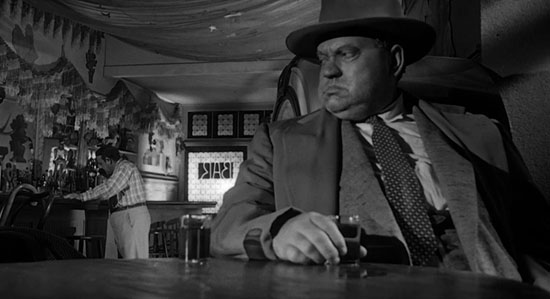 Touch of Evil is a 1958 film noir directed and starring Orson Welles. It also stars Charlton Heston and Janet Leigh. Set in a Mexican border town, it follows the rivalry between the American detective, Captain Quinlan (Welles), and a Mexican detective, Mike Vargas (Heston). After witnessing a car drive from Mexica into the United States and then explode, Vargas felt the need to assist and observe the American investigation. Acting in this role, he learns that Quinlan’s reputation is not all it seems. 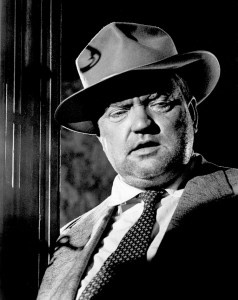 Past Viewing: What I Remembered About Touch of Evil

I don’t remember exactly when I saw Touch of Evil for the first time, but I suspected it was in the 1990s, during what I think of as my film noir phase. Trips to the video store often resulted in renting movies like The Big Sleep, The Maltese Falcon, and The Public Enemy. In truth, my film noir phrase never ended but continues to this day. Somewhere in the course of that time, I encountered Touch of Evil.

The most memorable feature of this film is the 3 1/2-minute long take that opens it. We watch a man planting a bomb in a car, and then we watch the car winding its way through the Mexican town, as it travels to the border crossing into America. En route, it passes Mike and Susan Vargas. The camera follows them, as they walk down the street, also heading for the border. They pass the car, stopped by traffic, and they encounter it again at the border. After crossing into the United States, along side the car, the Vargases stop to kiss, but as their lips touch, the long-anticipated explosion sounds off screen.

I love long takes, and this take is one of the most famous. A craving to see it again is the prime reason I wanted to revisit Touch of Evil. 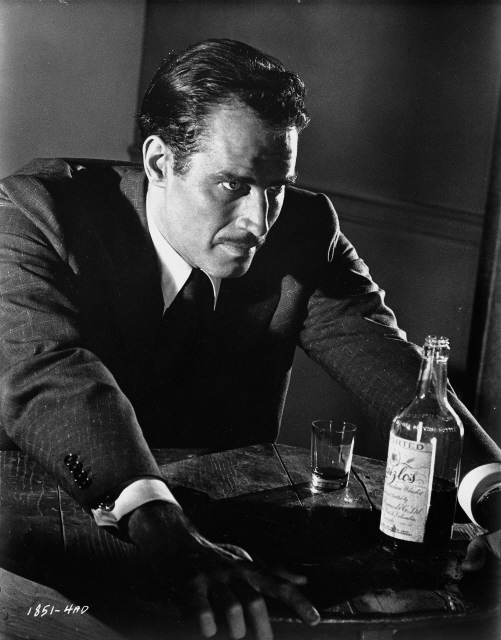 I have written before that for some movies, the photography is the primary reason to see it. That is true of Touch of Evil. This is not to  suggest that the other elements of the film–the plot, the characters, the acting, etc.–is subpar. Everything about this movie is good, and many things are great. But the element that stands out most is the photography. The long take that I describe above is only one of the remarkable features of the photography. Welles shot most scenes at night, giving the film a dark, atmospheric mood, but despite the low-key light, the shots are clear and the action understandable. Cinematographer Russell Metty deserved accolades for this achievement, but alas, he received none.

Touch of Evil is an adaptation of the pulp novel Badge of Evil by Whit Masterson. In adapting the novel, Welles decided to change the setting from a California town to a Mexican boarder town, and he decided to make Vargas a Mexican narcotics detective. In so doing, he introduced themes of racism and border tension, themes that feel relevant today, as presidential candidates debate immigration, border security, and the role of Hispanics in the United States. One sour note of the movie, however, is that Charlton Heston never came across as Mexican. Years later he would say that not using a Mexican accent during this movie was one of the biggest mistakes of his career, but the failure isn’t just with his accent. It appeared to me that they used make-up to give him a south-of-the-border complexion, and that make-up looked bad, unconvincing, and hampered my ability to see him as an Mexican. Since Mexicans, like Americans, come in all shades, I think it would’ve been more convincing to keep his natural complexion and let him adopt a Mexican accent.

This is my one complaint with the movie that is otherwise entertaining and thought-provoking. Though it begins with a double murder, this is not a murder mystery. The real conflict is between Quinlan and Vargas, both respected detectives, who clash over police ethics. In a subplot, a crime boss orchestrated the abduction of Susan Vargas, in an effort to discredit Vargas, who is investigating criminal’s family. Everything comes to a dramatic clash that ends, as we always want film noir to end, with shots fired. 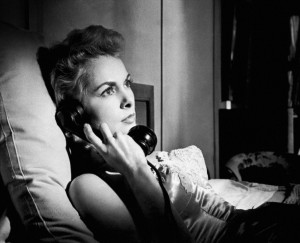 Touch of Evil stayed with me. A lot of movies don’t stay with me. I watch them, enjoy them, and then never think about them again. There are times when I sit down to write about a movie, either for this blog or for own notes, and I realize that I have nothing to say.  That might be because it’s good, or it might be because it’s bad, but most often, it’s because it’s average. This can happen even if I enjoy the movie and want to recommend it. These movies can be good, but they are not memorable. They don’t drive me back to the theater or the video source to see again.

Touch  of Evil is not one of these movies. It stays with me. I think about it often, and I find myself craving to see it again. I rewatch movies for the same reason I reread novels–a duel purpose of revisiting what I like while discovering something new. It was a desire to see that opening long take again that caused me to revisit Touch of Evil, but the movie has so much more to offer. It is a dark, thought-provoking movie about murder, racism, rape, and police corruption. It was topical in the 1950s, when it was made, and it’s topical in our own time. 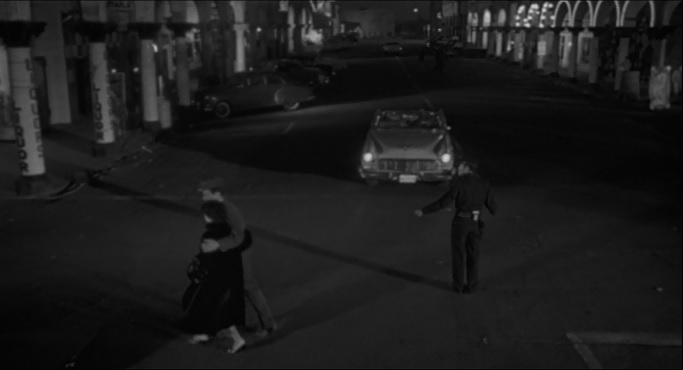