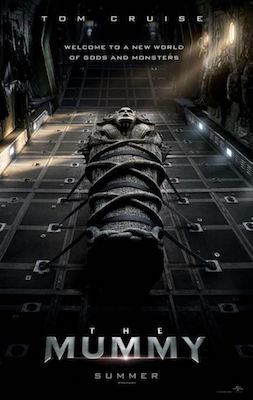 I guess if you cast Tom Cruise and Russell Crowe in your movie, you can sit down, lean back, put your feet on your desk, and smoke a celebratory cigar. Everything else that needs to happen—from the writing to the filming to the special effects—will happen by osmosis. Success is guaranteed. Hire an accountant to count the money as it comes pouring in through the box office. Since you have the talent, the audience will see the movie no matter how bad it is.

The Mummy isn’t exactly bad, but in a year that contains such gems as Logan, Alien Covenant, and Wonder Woman, it fails to compete. It could’ve been a contender. Instead it falls into that category called Also Ran. It was a paint-by-numbers dark fantasy that chose to borrow from other films and stories, when it should’ve strove for it’s own originality. At no point in the movie did I feel surprised; at no point did I think: This is new! This is fresh! This I’ve never seen before!

Directed by Alex Kurtzman, The Mummy is a reboot of the 1999 movie starring Brendan Fraser and Rachel Weisz. Though the original was not a great movie,  it was a fun movie, a popcorn flick, that I tend to watch at least once a year. I think of it as a fantasy film rather than a horror movie, and I liked the light-hearted banter between Fraser’s Rick O’Connell and Weisz’s Evelyn Carnahan. They had great chemistry that gave the movie a convincing romantic subplot. Since Tom Cruise’s Nick Morton and Annabelle Wallis’ Jenny Halsey failed to achieve the same chemistry, the romantic subplot failed to materialize. I never got the idea that they liked each other, much less loved each other. But that failed romance wasn’t the worst disappointment.

I’m also disappointed in the setting. The 1999 movie was set—of all places—in Egypt. Why Egypt? I don’t know. Maybe it has something to do with the Egyptians being the most famous culture that mummified its dead. Maybe because Imhotep (Arnold Vosloo), the mummy in the title, was an Egyptian priest. Either reason suggests an Egyptian setting, and both together require it. But Kurtzman’s reboot is set not in Egypt—except for the backstory prologue—but in Iraq and England. The movie tried to explain these settings, but they still represented a break from the expected that didn’t set well with me. As I’ve written before in this blog, often times the setting is like a character. It has personality and traits that complicate the heroic journey. We saw that in the original movie, as Rick and Evy had to battle such inconveniences as bobby traps, murderous tribes, and the Biblical plagues of Egypt. In setting The Mummy (2017) outside of Egypt, Kurtzman rob the plot of these complications, and he replaced them with nothing. 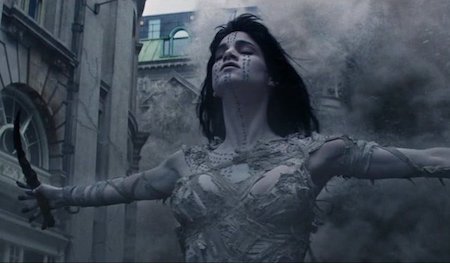 The third and most important disappointment lay in the lack of character development. This leads to another neglect—the failure to build relationships between the characters. Here I’ll blame Kurtzman, but I’ll also blame the writers: David Koepp, Christopher McQuarrie, and Dylan Kussman. The Mummy had plenty of exciting action scenes, but between those scenes, the characters didn’t seem to know what to do with themselves. They didn’t even seem to want to talk to each other. I’m thinking about the airplane scene, where all the characters sat around the sarcophagus and looked awkward. What a prefect opportunity for Nick and Jenny to work out their troubles. But no, they sat, looked at each other, and said nothing!

When the director and writers give the actors so little to work with, it’s hard to gage performances. There were people on the screen saying the things they needed to say. Tom Cruise plays Nick Morton, a mercenary who would rather enrich himself with stolen antiquities than win a war. Annabelle Wallis plays Jenny Halsey, an archaeologist who just made the most remarkable discovery since King Tut’s tomb. Sofia Boutella plays the mummy, Ahmanet. She chose Nick to be her mate, which required completing a ritual with a special dagger. Beyond that, I don’t no much about the antagonist’s goal and motivation. Boutella looked sexy in mummy wraps, but I would’ve preferred less sex appeal and more character development. Vosloo’s Imhotep was a person before he was a mummy; I never had that same sense with Ahmanet. Russell Crowe was in the film, but I can’t tell you his character name, because that alone is a spoiler. My award for best actor goes to Jake Johnson as Nick’s sidekick, Chris Vail. The scenes with him were the most enjoyable, even if they did ripoff An American Werewolf in London (1981).

Ripoff defines much of the movie. Maybe Kurtzman thought of it as “borrowing.” As to be expected and accepted, The Mummy has the same plot line as the original. Different characters, different set up, and different settings—but the same must-battle-monster plot. But it ended with a narrated epilogue that reminded me of Commissioner Gordon’s monologue at the end of The Dark Knight Rises. That and Vail’s character arc were the most noticeable ripoffs, but there were others scattered throughout the film. In some ways, The Mummy felt like a collage. This element borrowed from that film, another element borrowed from another film, sew it together in editing and call it an original movie. No. Didn’t work. Nothing felt fresh. Nothing felt new. Nothing felt organic to The Mummy. Everything came from somewhere else.

The movie’s best element was its visual effects and photography. Ben Seresin acted as cinematographer. The CGI was amazing; it blended well with the live-action characters and scenes. One reason to reboot a movie like The Mummy (1999) is to update the visual effects. Those updated effects give us the chief reason to see The Mummy. Like any movie where the visuals are the best feature, it’s better to see it at the theater than at home. But there wasn’t enough uniqueness to these effects to make it a must-see-on-the-big-screen movie.

As I was leaving the theater, I texted a friend: I debated seeing Wonder Woman again [rather than The Mummy]. The money would’ve been better spent. I think that sums up my feelings about The Mummy as best as anything could. It’s not a bad movie, but there’s nothing amazing about it. If, like me, you spend money on only one theater outing a week, that money is better spent elsewhere. 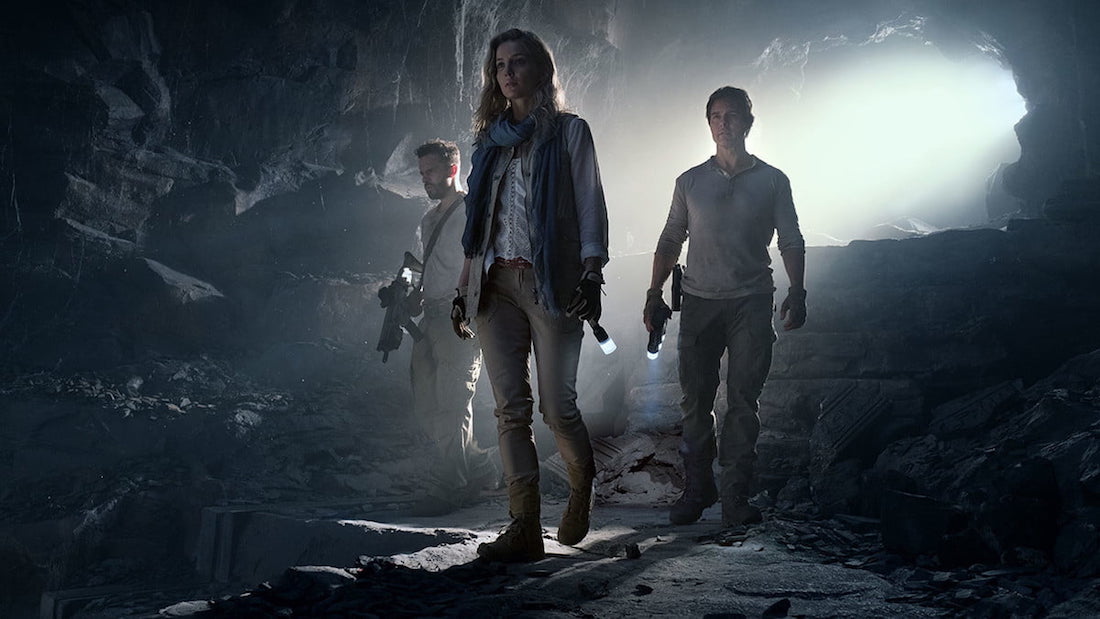