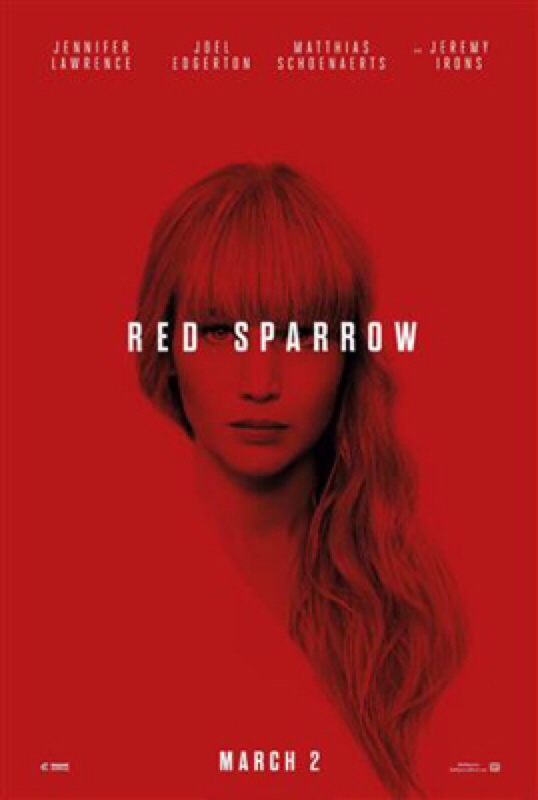 Jason Matthews’ Red Sparrow concerns Dominika Egorova. The strength in the novel lies in her characterization and in the arc she experienced. Though she always didn’t feel like the novel’s protagonist, she always felt like its main character. The events in Red Sparrow happened because of who she was and how she changed. The novel without Nate Nash, who had equal if not superior page time, would’ve happened, with some changes, much the same way. Without Dominika Egorova, it would’ve been a different novel. When I went to see Francis Lawrence’s Red Sparrow, adapted from Matthews’ novel, I went to see Jennifer Lawrence as Dominika. Lawrence delivered. Her Dominika demands our respect and admiration. Her performance is the film’s biggest strength.

Its biggest weakness is a screenplay by Justin Haythe that misunderstood some of Dominika’s traits and changed others. It’s clear that Haythe read the novel, because he touched on every phase of the plot, but in the adaptation, he loaded too much of the novel into the movie. Since a novel has far more room to grow and develop a plot than a film, in trying to write every plot point, he wrote a screenplay that felt cluttered and inconsistent. It touched all the plot points without the ability to developed them, so everything felt rushed. Uneven might be a better word. Some scenes felt wonderful–exactly what was needed–but others were included only because they were in the novel. When adapting a novel to a screenplay, it’s the writer responsibility to decide what to keep and what to discard. In making these decisions, Haythe changed Dominika’s character to suit his take on the plot, but it would’ve made a better movie if he kept her characterization and simplified the story.

Since he chose to film this screenplay, Francis Lawrence, the director, must take equal blame. It’s the only fault I can assign to him, because every scene was shot beautifully and with drama and sympathy. Jo Willems was the cinematographer. James Newton Howard provided the music. His score was terse and haunting; in fact, it’s one of the most memorable elements in the film. I rarely say that about the music. I’m often aware of it but in a subliminal way. I would miss it if it wasn’t there, but I don’t find myself thinking about it after the credits row. The score for Red Sparrow is different. Though I’m lukewarm about the movie, I want to see it again. It’s the music that makes that true.

Dominika is a ballerina who, after a career-ending injuring, needed a new career. Her uncle, Ivan Egorov, an official in Russian intelligence, goaded her into working with him. I enjoyed Lawrence’s performance, but in their adaptation, Francis Lawrence and Justin Haythe changed the character in a way that made her less interesting. In the novel, Dominika was an intelligent woman with a patriotic desire to become the best Russian agent in the field. She resented her sparrow training, calling it whore school, and wanted to prove that a woman can make it in espionage without using sex. The movie adapted this characterization, but it dropped her patriotic motivations. In doing so, it failed to create the central dilemma that Dominika had to face. Decisions she made in the novel were painful, but the same decisions in the movie looked carefree, even reckless. 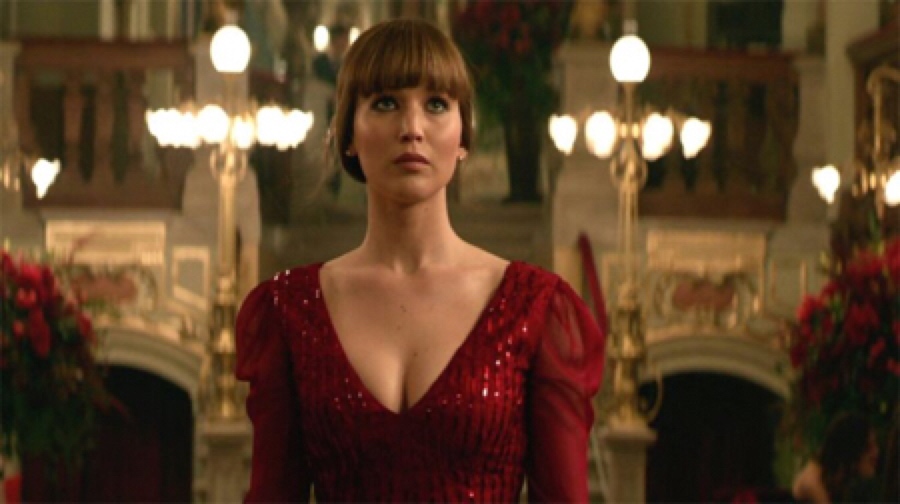 I hear people are making comparisons between Dominika Egorova and Natasha Romanoff of the Marvel films. If you’re planning on seeing Red Sparrow or avoiding it because you heard this, let me disabuse you. Everything you can compare about them is summed up with the phrase female Russian-trained spy. Everything else is contrast. Romanoff is more physical; you send her in when you’re expecting a fight. It’s not that she’s unintelligent–we’ve seen her trick Loki, the great trickster–but it’s clear she would rather throw punches than banter words. Dominika is more intelligent and subtle. She’s trained to use manipulation, blackmail, and seduction to control her targets. Violence takes her out of her comfort zone. Romanoff belongs in the action film; Dominika Egorova belongs in the suspense thriller.

None of this is Jennifer Lawrence’s fault. She played Dominika with sincerity and depth. For that, I award her best actor. Joel Edgerton starred as Nate Nash. This was a poor casting decision. Edgerton is a good actor, but he has a more gruff persona than the character demanded. Other stars include Jeremy Irons as General Korchnoi, Matthias Schoenaerts as Ivan Egorov, and Mary-Louise Parker as Stephanie Boucher. In the long-time-no-see category, we have Charlotte Rampling, who played The Matron, the headmistress of the sparrow school. I guess Rampling has been around in television and other movie roles, but I don’t believe I’ve seen her since the 80s.

Director Francis Lawrence and screenwriter Justin Haythe altered Dominika’s character traits to make their rush plot work, but they should’ve simplified the plot to stay more faithful to the characterization in the novel. That is my biggest complaint about Red Sparrow, and it’s why I left the theater feeling disappointed. Disappointed, but not dissatisfied. I liked the movie, despite its flaws, and I plan on seeing it again when it becomes available for home viewing. But the plot was clumsy, and the Dominika Egorova I met in the film was a different person than I expected. 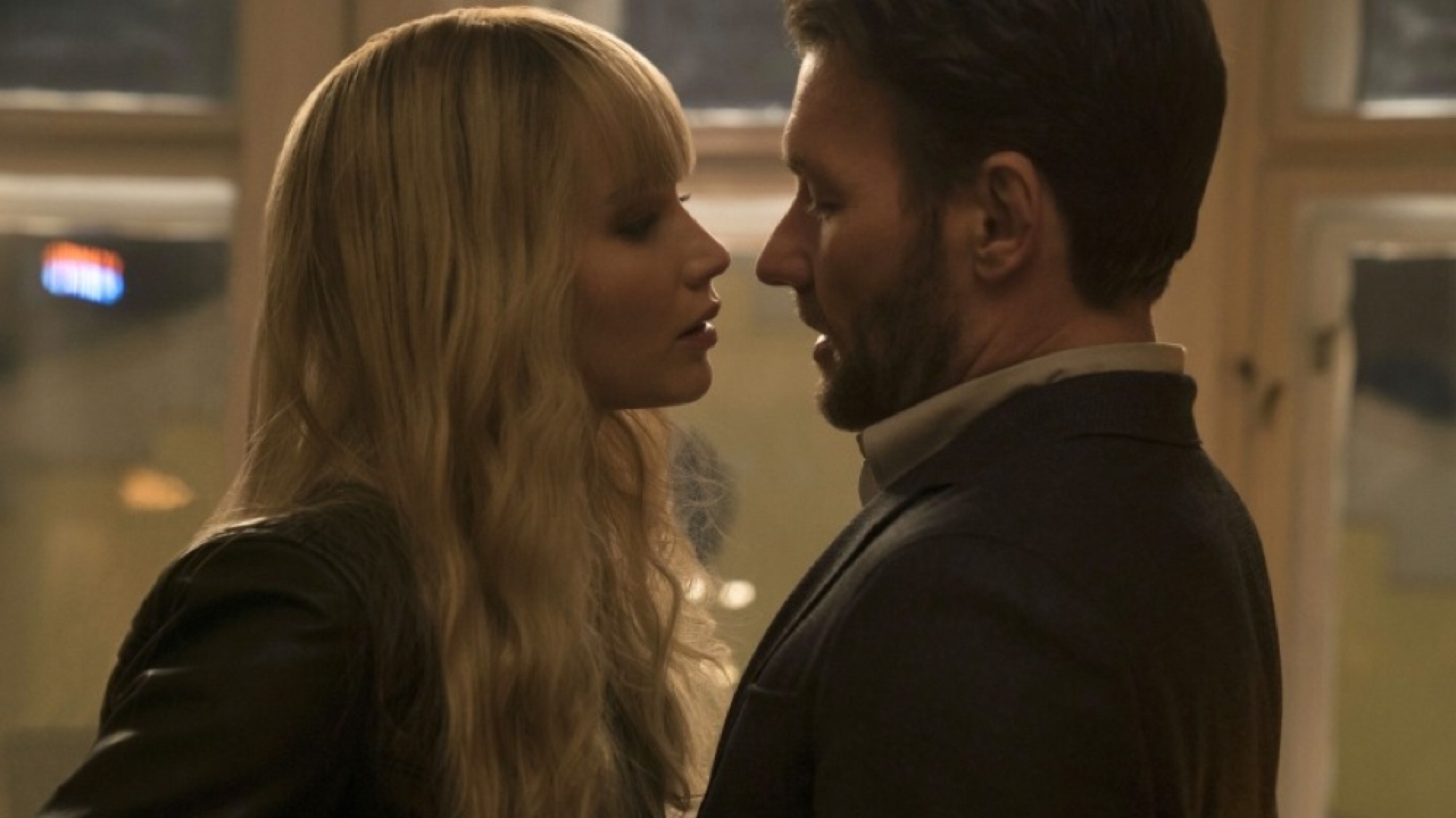